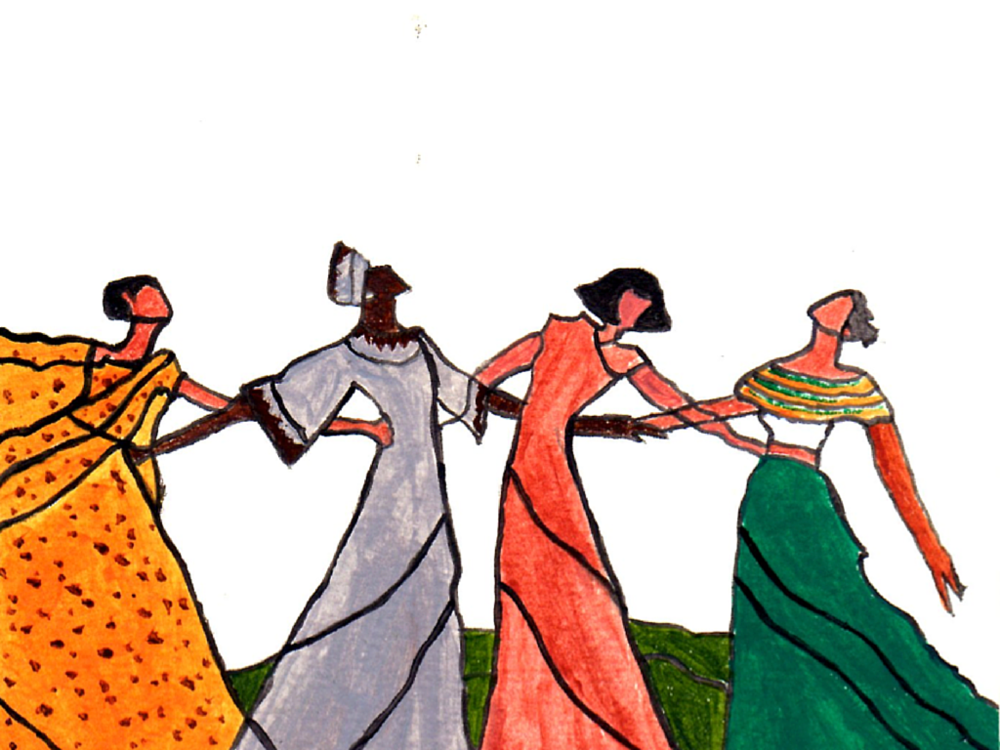 Imagine a woman employed at a government office, dreaming of managing her business someday. One day, she suddenly finds herself facing a threat to her life. She’s wrongly accused as a spy. The only way she can save herself is getting on a plane to flee from her country, not knowing her destination. She arrives in a country somewhere on the other side of the earth. She has no clue about the local language, cannot find the food she is familiar with, and cannot get a job simply because she’s a foreigner and looks different from the locals. People around her don’t give her warm eyes. Imagine the gravity of her feeling, being lost and devastated. This is what happened to Miyah, a refugee from Congo.

The refugees coming to South Korea from around the world, including Africa are increasing, but the recognition rate remains at 3.8% according to the 2015 statistics. Furthermore, the social and cultural difficulties African women migrants have to overcome are equally challenging.

‘EcoFemme’, established in 2009, is a social enterprise seeks to foster the potential of African migrant women in South Korea through art and craft, serving as a self-reliant community as well. The name is a combination of French words meaning ecology, economy, and women (Eco + Femme). When asked whether she was aware of a social enterprise in India with the same name, Jin-sook Park, the President of EcoFemme, smiled and replied, “we were established before them.”

EcoFemme invites experts to offer training on arts-based skills such as calligraphy and watercolor painting to migrant women so that they can grow as artists while selling products reflecting cultural experiences of these artists. Some of their popular products include hand sewed elephant patterned pouch, illustrated mug with colors of African countries, calendar with calligraphy quotes of hope, and many more. Due to their high quality and exotic design, the products drew a lot of attention from early on. EcoFemme has also collaborated with social enterprises such as Orgdot, an ethical fashion brand, launching a t-shirt line that integrated the theme of ‘Afrique, Mon Afrique’.

The artists are provided with opportunities to introduce their culture as they ponder upon the messages and images they want to convey. They also get to use the generated profit to support other migrant women, thereby creating a virtuous circle. For instance, EcoFemme carried out a project for publishing a manual on migrant and refugee rights, as well as organizing training programs in 2011. It currently holds monthly cultural seminars for migrant women and the general public. In May 2016, Miyah, now an EcoFemme artist, spoke about the marriage culture in Congo and South Korea. EcoFemme Open Class held in March 2016 focused on calligraphy under the theme of ‘A word of encouragement for me’.

Park, the founder of EcoFemme, was a stay-at-home mother of two without any prior business experience. “In 2007, my husband, a lawyer, participated in a refugee law study group meetings every Saturday and I would go with him. Ho-Taeg Lee, who is the Executive Director of Refuge pNan, an NGO working with refugees, asked me to teach Korean to Refugees from Congo. Initially, I didn’t feel comfortable meeting people from different customs on a weekly basis, but we became friends and developed common bonds, as we were all women, housewives, and mothers,” Park says.

Miyah also remembers, “I came to Korea in 2004 and was skeptical of whether I could make Korean friends. People would avoid sitting next to me on the bus because I was African. I could not imagine being invited to someone’s house or hosting someone. But Park approached me with warmth, speaking French, my mother tongue, and I was very moved.”

Park started and organized art therapy classes to enhance the self-esteem of African women migrants. The initial response of the women, who were struggling with their daily lives without being granted asylum, was complete apathy. “With the grant we received from Ministry of women for Multi-Cultural Workshop, we were able to increase the numbers of classes to 3 times a week and organize a workshop venue in the vicinity of their homes. This gradually helped the migrant women to have attachment and sense of ownership,” Park says. However, the workshop was a 1-year project and receiving additional funding was unlikely. “On 14 December 2008, the last day of the workshop, we were having an African dinner together and one of the participants told me in tears ‘we are growing, why can’t we continue with this’.” So Park started EcoFemme.

Initially, Park wondered how much training would be needed to produce artworks that can be turned into marketable products. Surprisingly, the experts welcomed the works of these amateurs. “EcoFemme artworks may not be sophisticated in terms of techniques, but they have a unique sense of color. One of the charming aspects of these works is that they reflect each individual artist’s personality and unique sense of color. Art reflects the heart at the end of the day,” says Park.

Miyah is the most active artist whom Park has her eyes on as her successor. Park says Miyah trys to convey the message, more directly beyond shapes and colors. “I continue learning new techniques, try new things as I strive to express myself. For example, I would like to make a piece incorporating the Congo culture into Korean calligraphy,” says Miyah.

“Once, a Korean TV channel came to film a documentary. The producer of the program asked Muriel, one of the EcoFemme artists, about the things she was grateful to me, and Muriel answered ‘she’s always there’. One positive aspect of EcoFemme is that we are always there for each other.” Park says.

Perhaps EcoFemme may become the heart of African women community, beyond South Korea.