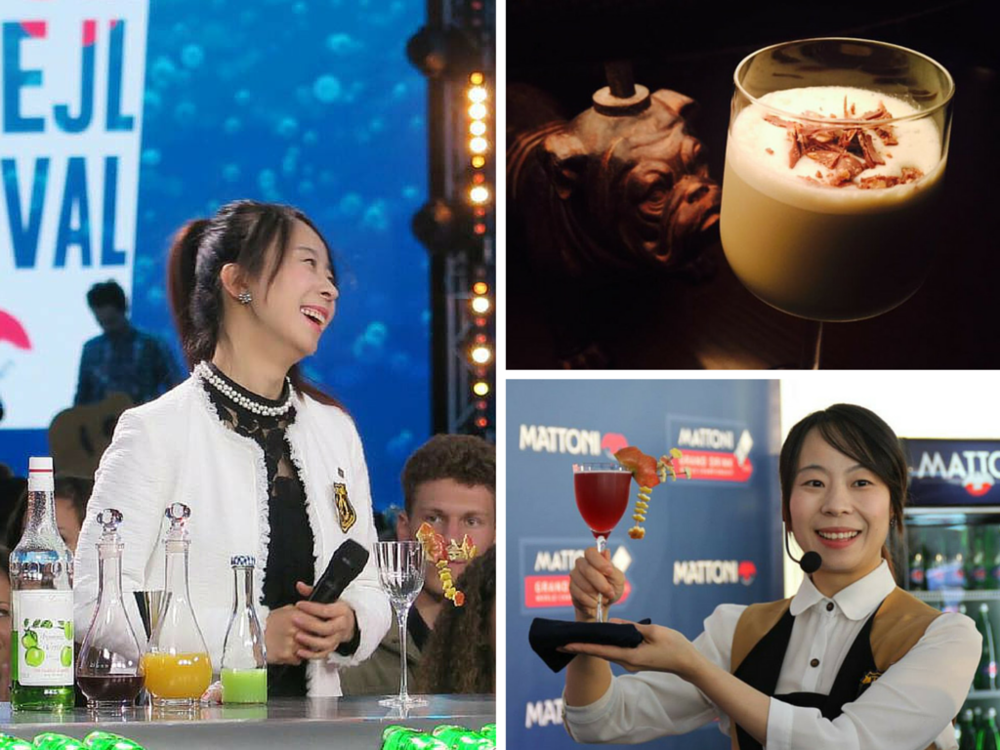 When you imagine a bar serving Don Draper or James Bond with old whiskey and classic cocktails, it’s easy to picture a middle-aged gentleman behind a bar. When you hear the words ‘ladies in a bar’, however, the women of ‘Coyote Ugly’ strutting on the bar with bare midriffs may be the first image.

Not anymore. The female bartenders who make excellent cocktails at excellent bars are on the rise. Catherine Younjung Oh at ‘Bar Sherlock’ in Seoul is one of them.

April: You used to be a magician for 10 years before turning into a bartender. That’s not a career move we hear about every day!

Oh: I was preparing the next performance in which I had to act like a wine sommelier. A Japanese magic teacher then advised me, ‘You need to learn how to be a sommelier to act like a sommelier.’ So I joined the Johnnie Walker School to learn about wine and all, and that became a turning point.

April: What do you think magicians can learn from bartenders and vice versa?

Oh: Magicians practice to incite awe and to eliminate unnecessary movement because they need to build trust and mystique. I think the bar is a stage, too, and the customers are the audience in a way. You need to build trust with customers, even with the movement and appearance, to provide them with better drinks. On the other hand, magicians can learn the service mindset from bartenders.

April: You started bartending in 2010, won the Pernod Ricard Korea (PRK) championship just 2 years later, and won an award at the World Cocktail Championships (WCC) in 2014. What was your secret to reach the top positions?

Oh: At PRK, I was fearless because I had nothing to lose. It was only natural that I fall behind other contesters. I just practiced hard not to make a mistake. When I actually stood on the stage, I wasn’t afraid thanks to my stage experience as a magician, and had a good time for the allotted 10-minutes, chatting with the moderator like it’s a performance. For WCC, I just practiced really hard. They say you’re supposed to enjoy the whole championship experience, but I only remember practicing all the time.

April: Did you name the bar after the British TV series ‘Sherlock’?

Oh: The cocktail I created at PRK was called ‘Sherlock’, with British gin and the color of London night filled with fog. And when I named the bar ‘Sherlock’, our interior designer researched everything about Sherlock Holmes and his era, decorated the roof like a steam locomotive, and even made props of animals symbolizing Queen Victoria. Actually, we have a lot of ‘Sherlock’ fans visiting, and we click instantly since I am a fan as well.

April: Which cocktail do you think shows who you are the most?

Oh: I make cocktails that anyone can enjoy, whether it’s alcoholic or non-alcoholic. My nickname is ‘fructose expert’ because I’m good at creating new cocktails with the sweet taste of fruit. Yet I think the most important taste is that of the customer, not the bartender.

April: Any recommendation for us to make an awesome cocktail at home?

Oh: Try a simple one, but with different glassware or ingredients. Just a gin & tonic can feel different in a wine glass or with grapefruit juice, not just lemon or lime. Some even mix infused tea.
April: Dead or alive, worldwide, can you name a person you’d love to serve at your bar?

Oh: Kyu-hyun of Super Junior? Just kidding! I want to make drinks to warm the hearts of those who are suffering at places like refugee camps. There is a quote from a comic book ‘Bartender,’ “the bar is a hospital for the soul, a field hospital.” I agree with that. Bartending is not just for those who enjoy the luxurious lifestyle.

April: As a female bartender, have you ever felt you get different attention or treatment from your peers?

Oh: Being a female bartender makes it easier to be friendly with customers, especially women, and to provide sophisticated service. Of course, some people misunderstand the female bartender’s role, and those are the reason why some bartenders quit. Given time, you will pick up some know-how about handling those customers. Other bartenders and the bar manager should help to manage a healthy atmosphere, too. It is essential. And there are always acquaintances and relatives who misunderstand this job completely. I just try to ignore that. No matter how much I explain, it wouldn’t change a thing unless the whole society’s attitude shifted.

Oh: International Bartenders Association organizes the Elite Bartender Course every year. I attended in 2011 when I met Michie Nishida. She had learned Japanese traditional dance, and taught me how to mix feminine movements with bartending skills. She was amazing and ambitious. If she couldn’t understand the way you calculate the sales price, she never stopped asking everyone until she got it. Later, I heard that she came in second place at Bols Around The World, a renowned cutthroat competition. She’s running her own bar in Osaka now.

April: With your reputation, have you ever thought about advancing into a more known market like Hong Kong or London?

Oh: The bar scene in Seoul is growing and I still have things to do here. I once worked in Hong Kong as a guest bartender, and I noticed that customers and bartenders rarely speak to each other. In Seoul, customers are eager to share how their days went with bartenders. Plus, how many chances does one have to chat with presidents or CEOs in a private setting? It gives me a chance to learn to see the world from different perspective. 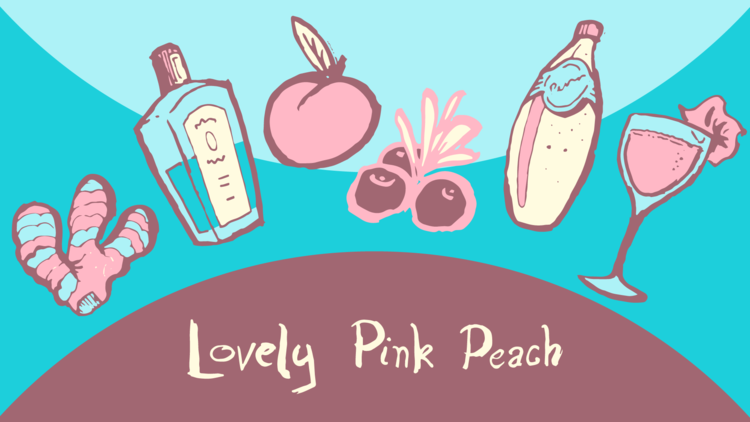 April: When you’re not behind the bar, what is your favorite pastime?

Oh: I listen to music a lot. These days, I am obsessed with “Where Is My Heart” of Kyu-hyun. I like to read papers regarding areas that I am not used to as well. When I read something challenging, it drives me to explore further, which eventually takes me to the next level, I think. This week, I am reading the paper “A study on the role of the United Nations region group system for the London Protocol,” surprisingly, it’s interesting.

Oh: Unless you really like what you do, don’t do it. You are going to deal with drunkards, clean floors scattered with broken glasses, vomit, and you name it. It could be one of the worst jobs imaginable. But if you really like the smile on people’s face after they had what you made for them, then go for it. If you take pride in making others feel better, and once you become an expert with such pride, no one will treat you without respect.

April: What is your next step?

Oh: I am planning to go to Canada to study English for half a year. Since a lot of books and papers on magic and bartending are written in English, I’ve always wanted to overcome the language barrier. After that, well. When I took a break from magic, I thought it would be for only a while, so who knows this time.