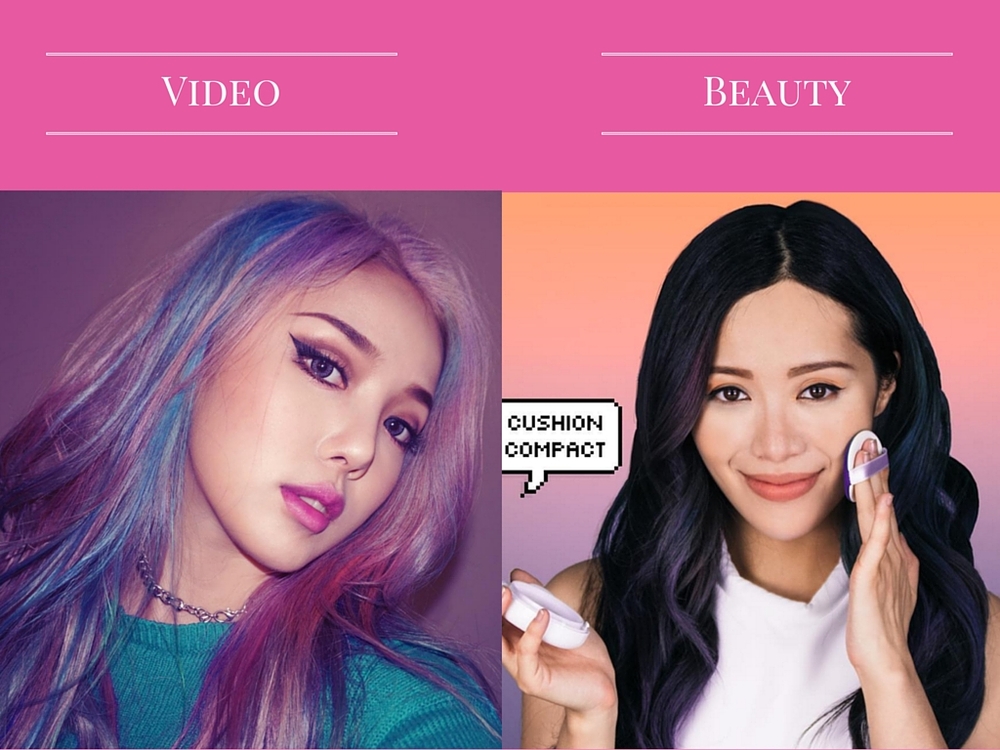 A decade ago (or less than that), you couldn’t find an Asian face at the beauty counters of department stores. In Asia. It was only in 2010 when Liu Wen was hailed as the first Asian global spokesmodel of Estée Lauder, when the company had made almost 20% of sales in Asia Pacific for years already. The purchasing power of Asian ladies never stopped growing, South Korean cosmetic companies pumped up miracles like BB cream and sheet masks. Now you can buy new South Korean beauty products in any small town in the U.S. via Soko Glam or Sephora. And when you don’t know how to put them on your gloriously Asian face, there are legions of Asian beauty bloggers. To save the hassle, however, we picked the best two.

For many South Korean girls, Pony is more than a beauty guru. She’s like a generous sister you never had, saving countless fresh college girls and office ladies from embarrassment with her soft spoken makeup tutorials. Pony’s specialty is to make you look like you, but a better you, somehow even close to the K-pop or Korean drama stars.

She was already a famous makeup artist in Korea before her YouTube channel, but now with more than 1.5 million subscribers, her videos have led her to write four beauty books (including ‘Pony’s Celeb Makeup Book’), to collaborate with major brands like Etude House and Innisfree, to take care of the face of CL (a badass Korean singer and fashion week darling), and finally to launch her own brand, Pony Effect. And between all these cool sisterly gigs, she does some oddities like the Sims transformation.

From more than 8 million subscribers to her own million dollar company, Michelle Phan is a legendary YouTube star, not just as a beauty vlogger. She started her YouTube channel in 2007, and Buzzfeed picked her makeup tutorial, “How To Get Lady Gaga’s Eyes” in 2010. In 2013, L’Oreal launched her cosmetic line em by Michelle Phan. In 2015, Phan was named Forbes 30 under 30 lists and her company ipsy raised $100 million. She also created the lifestyle media ICON Network.

Something Special: ‘My Alter Ego Look’

She pushes the boundary of makeup to the level of actual transformation, with fantastic titles like Zombie Barbie and Lady Rainicorn. The girl definitely has talent (she really looks like a Zombie AND Barbie!). And between Daenerys Targaryen Look and Egyptian Queen, Michelle Phan also makes pretty approachable makeup tutorials, too.

For Every day: Natural Parisian Look