Coffee meets bagel, and have the perfect date together 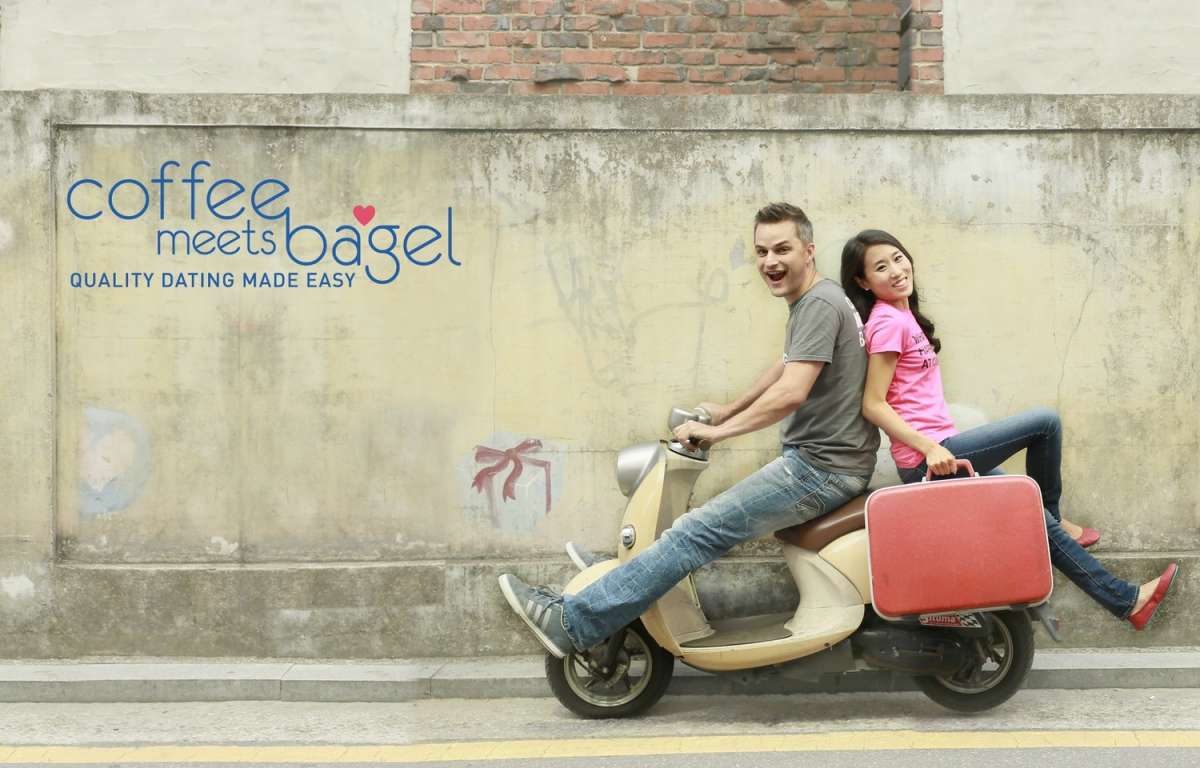 How fun is Online Dating?

At my age of 27 I’ve witnessed firsthand the changing trends in online dating. Initially, it felt like a sneaky little secret that couldn’t even be shared with your closest friends. Then it started to feel comfortable, albeit still hidden behind private memberships. Suddenly it exploded into a no-holds-barred craze on Tinderand OkCupid. Almost everyone started to use it. 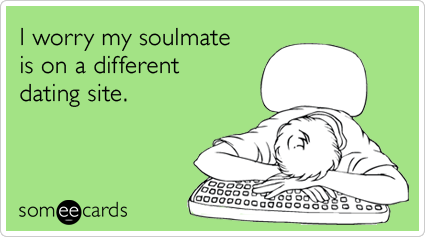 Yep, been there. (photo: someecards)

Unfortunately, with the astronomic rise in online daters, came the downfall of real-life romantics. People looking for genuine connections found people who only wanted to hook up and vice versa.

Aside from that, there were additional challenges for women. With two men for every woman dating online, the probability of meeting a guy who was less than appealing was high. The worse and more common issue was that women kept getting offensive messages and photos from strangers exploiting the open-ended chat options. We started to realize that online dating had become too easy and too difficult at the same time.

Of course, there is Bumble, an app that let ladies make the first move. Although we love its female-first approach (and powerful #ImWithAshley moment), initiating the conversation and enduring the rejection (or worse, the silence!) is scary for some ladies. This is especially true for Asian women – a majority of whom were brought up with traditional dating ideals mixed with the liberal independence of the modern age.

In the early days, the users received one potential match, called “bagel,” each day (now it gives you much more than one!). You can “like” a bagel or “pass it on,” or even give and steal bagels from/to your friends. Only when you and the bagel like each other can you engage in a conversation. The limited options force users to think about their choices. Think quality over quantity.

Behind the best dating service for women are the Kang sisters: Dawoon, Arum, and Soo.

Even though they grew up with an entrepreneurial father and hold MBA degrees themselves (Dawoon from Stanford and Arum from Harvard), they didn’t expect to end up in a tech startup. They evenmade an app without a CTO. But being single themselves and listening to their friends’ endless struggles in the female-unfriendly dating scene, they saw an opportunity in the market. 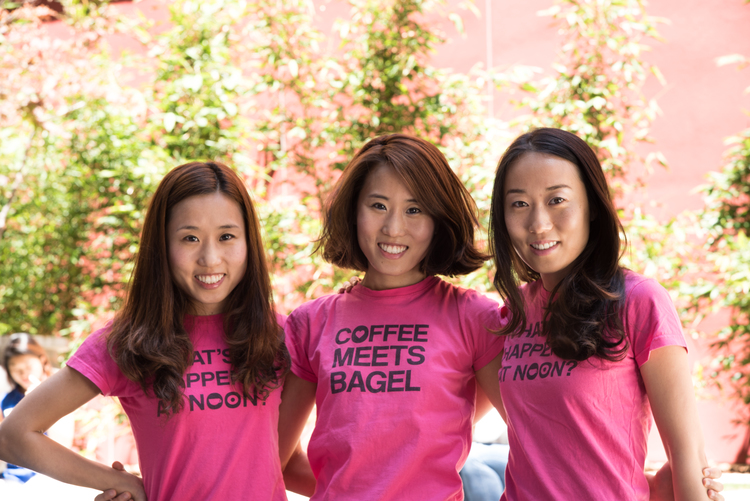 Since launching in 2012, Coffee Meets Bagel has garnered global attention as the ‘Anti-Tinder’ for young professional ladies. Even Mark Cuban wanted to buy it with his $30 million bid on the show Shark Tank. The Kang sisters rejected the offer, seeing the bigger potential. Coffee Meets Bagel raised $7.8 million in series A funding afterwards.

Coffee Meets Bagel boasts a record of more than 2.5 billion introductions and more than 50,000 couples, including Dawoon Kang herself and her current boyfriend. It also proudly presents a 60:40 women to men ratio when two-thirds of most dating app users are men.

How did they get it so right?

Coffee Meets Bagel’s major user base is women in their late twenties and early thirties, who are financially stable and ready to slow down in the dating arena. They are invested in developing genuine relationships. In order to make this happen, Coffee Meets Bagel offers a more in-depth approach to the selection process, such as your criteria plus your Facebook connections plus your response to each bagel. 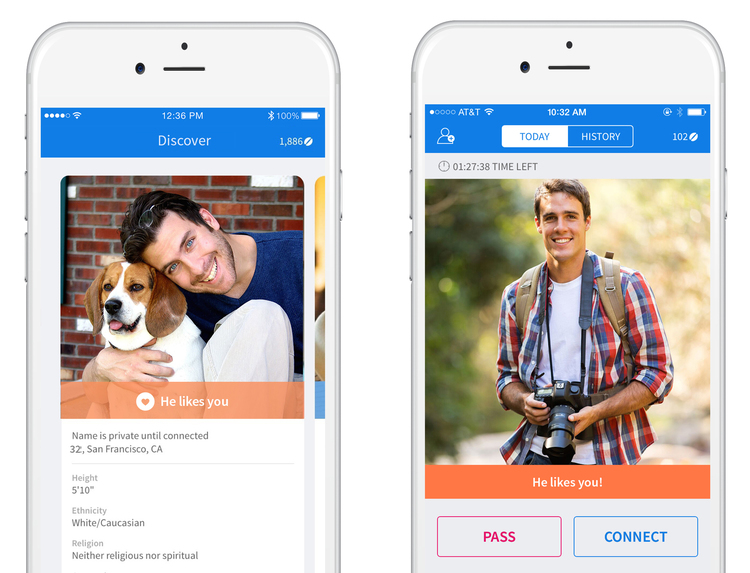 Then, isn’t OKCupid better for being selective, requiring you to write a resume-like bio and to answer the hundreds of questions? Maybe, but busy city girls don’t have the time for that. And the relative limitations of Coffee Meets Bagel work as an efficient nudge. Coffee Meets Bagel doesn’t take much of your time, but you surely get what you expect, like a 10-minute coffee break between power conference calls.

And the devil (or cupid, in this case) is in the details. The name has ‘coffee’ and ‘bagel’ in it, not ‘booze’ and ‘flame’. How scary could it be?! You can use “beans”, the in-app currency, to open the mystery gift box as well as to get the extra bagels in the game-like interface. This feature allows its users to enjoy the app even when they don’t feel like dating. While Tinder shows party girls in bikinis, there are other types of women who prefer coffee to cocktails, who feel less-than-super-confident in the dating arena, and who appreciate the cute graphics and women-friendly dating advice of Coffee Meets Bagel. 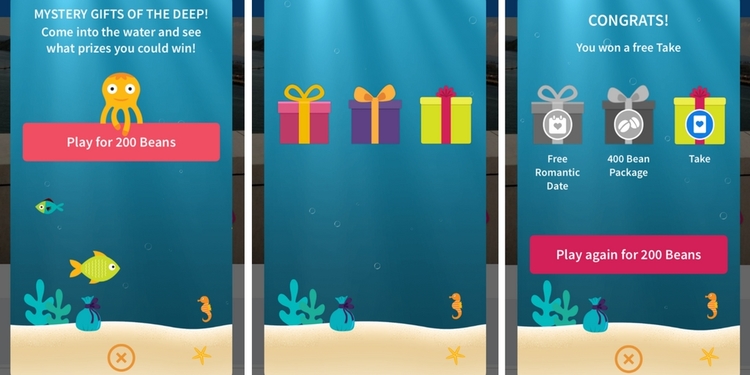 After ‘passing’ three bagels, you have too much time in your hands? Why don’t you ‘play’ to draw a free date? (photo: Coffee Meets Bagel app)

Recently, Coffee Meets Bagel upped the ante with its new model: #LadiesChoice. Each day at noon, guys will receive up to 21 quality matches. They are given the option to either “Like” or “Pass”. Coffee Meets Bagel will then curate the best potential matches for women among the men who expressed interest. Then, and here’s the real deal, women will choose who gets to talk to them among the quality men who already liked them. One step closer to ultimate control of your dating life!

It’s easy to see how my fellow Asian girls might enjoy using it. However, as a late twenty-something woman, I’m a bit skeptical about the lack of abundant choices. This is usually why some girls prefer Tinder. Still, there is something about delayed gratification that makes all the rewards seem ultimately better. Coffee Meets Bagel might just have the perfect formula. 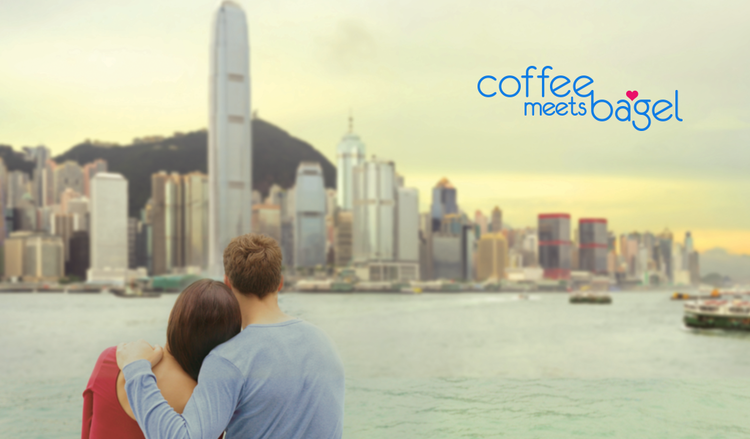 Which Asian city will be the next? (photo:Forbes)