Best videos of the week 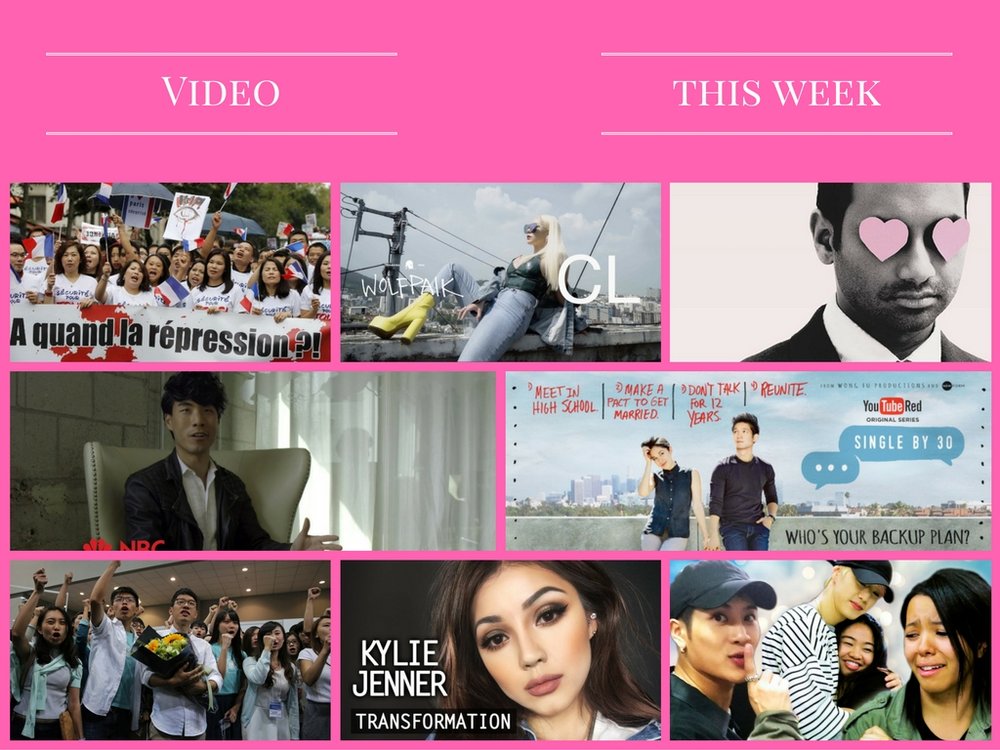 From Chinese protest in Paris to K-Pop stars surprising fans, here are eight best videos of the week we don’t want you to miss.

1. France: thousands of people from the Chinese community protest over jump in ethnic attacks (France 24)

At least 13,000 people attended a rally in Paris to protest against a crime wave targeting the Chinese community in France after a Chinese textile designer died after being mugged last month. Attacks on Chinese, Korean and Japanese tourists are also frequent in Paris (Reuters).

If you want to share your experience or thoughts about the protest,tell us.

Analogue photographer Christina Paik photographs S.Korean singer-songwriter-rapper CL. We haven’t fact-checked if they’re really the baddest of all the Asia, but they definitely look cool and tough in the gritty blocks of Seoul.

In the Holywood film culture where Asian men are most poorly represented, Eugene Lee Yang made his name as ‘the sexy one’ on Buzzfeed. One good lesson about how to support minority? Don’t assume. Just ask her/him, ‘Can you do something?’ The answer is probably yes.

Even in western media, well, especially in the bewildered western media, the ratio of China-related news is rising. The recent Hong Kong election is in the middle of much attention. How do you think the result will change Hong Kong and its relationship with the mainland?

Pony did it again. Five months after her unbelievable Taylor swift transformation make up, she became Kylie Jenner. It’s not something we can try every day (or even once), but it’s hell of a fun to watch.

Even if you’re not a fan of K-Pop, it’s just adorable and happyness inducing to watch fans bursting into pure joy meeting their idol for real. If you’re a fan of K-Pop, just imagine. It could happen to you, too.

Did you know Mindy Kaling, Aziz Ansari, Amy Poehler, and Tina Fey have all written their own books? Oh, you already own them all and read each 10 times? Well, good for you.

Two friends make a pact to marry each other if they remain single by 30. We know how this story goes and ends. It’s not rare to see a romantic comedy based on the idea that 30 is horrible, lonely, and devastating age. But it’s super rare to see an Asian guy as the lead of such romantic comedy. Hurray!

What’s your favorite video of the week? Have we missed anything? Tell Us!