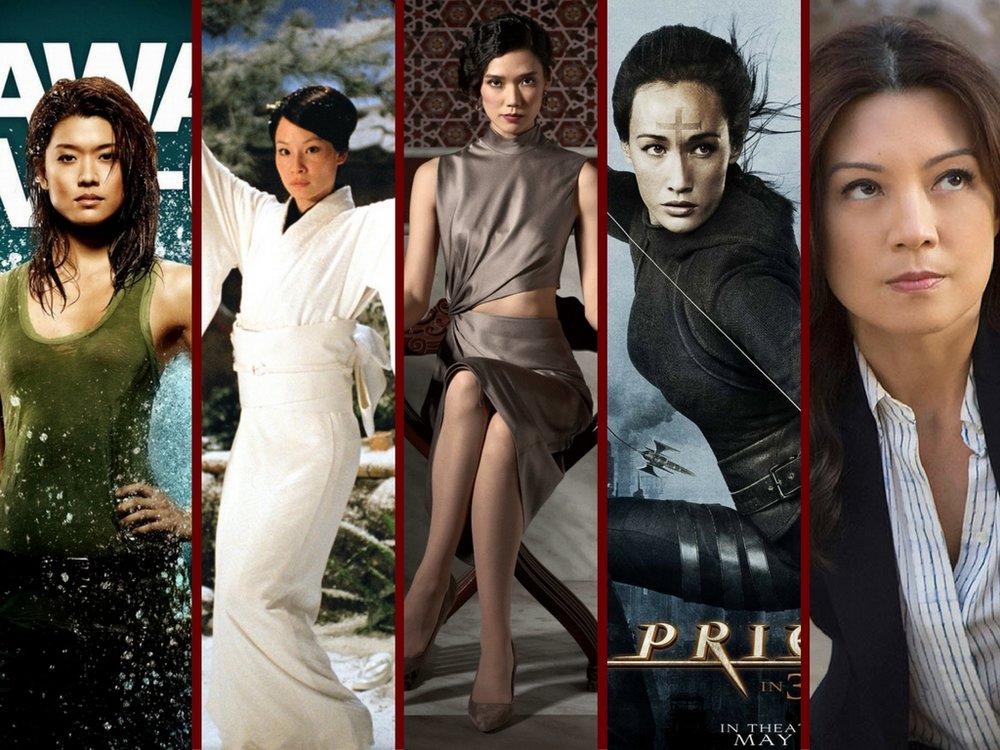 At the 2015 Oscars, Neil Patrick Harris said, “Tonight we honor Hollywood’s best and whitest.” It’s not news that Hollywood has treated whiteness as the norm and whitewashed even non-white roles. Last year, paper-white Emma Stone played a quarter Asian and quarter Hawaiian character named Allison Ng in Aloha provoking the controversy. Then a British actress Tilda Swinton was cast as a mystical character of Tibetan descent, the Ancient One, in Doctor Strange. Marvel said the character was Celtic, though the picture showed Tilda Swinton in Buddhist monk-like costume doing some martial art. Oh, and Scarlett Johansson is playing human-cyborg Motoko Kusanagi in the upcoming film Ghost in the Shell, which is based on a Japanese manga set in a Japanese city.

However, the Oscars’ snub and Hollywood’s systematic whitewashing could not stop non-white actors and actresses thriving in their work. Over the last few years, Asian actresses have made more appearances in movies and TV shows than ever before in Hollywood history. Many of the roles are nowhere near the nerdy Asian stereotypes that were often depicted, but strong, independent, and bad-ass action heroines.

Let’s look at some of the Asian actresses that are more than ready to deliver phenomenal performances as daredevil action heroines. This list is definitely not exhaustive. 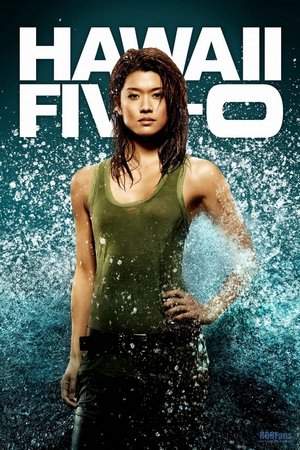 Park graduated with a degree in Psychology from the University of British Columbia in Canada but has decided to fully dedicate her career to acting since 1997. With Korean heritage on her side, she gained recognition as female humanoid Lieutenant Sharon “Boomer” Valerii on the miniseries Battlestar Galactica, and its sequel series and film.

She has also been featured in multiple TV shows and movies. Most recently, from 2010 to the present, she has starred as Officer Kono Kalakaua, one of the main characters in the series Hawaii Five-0. Officer Kono Kalakaua is a bad-ass, strong, independent, and capable police officer of the special police force of Hawaii. Throughout her career, Park has starred as not only one but multiple strong female roles. 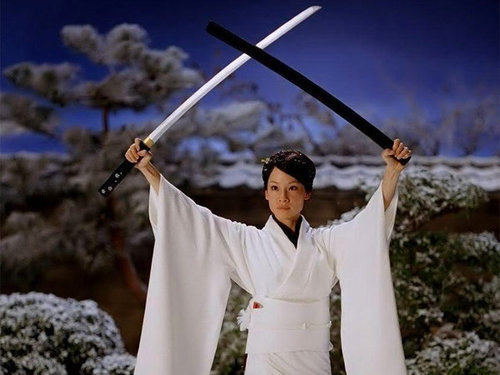 It wouldn’t be right to talk about Asian actresses with bad-ass heroine roles and not mention Lucy Liu. In the acting industry for 25 years, Lucy Liu has starred in many movies and series, and performed multiple roles, both minor and major, supporting and lead. Among those, one of her most memorable performance was as Alex Munday in Charlie’s Angels. The movie and its sequel were huge box office successes and made more than $500 million worldwide, and became a worldwide kitsch classic.

In 2003, Lucy Liu played O-Ren Ishii in Kill Bill and won the MTV Best Villain Award. Most recently, she stars in a US adaptation of Sherlock Holmes called Elementary and plays the role of Sherlock Holmes’ best companion, Dr. Watson, a role that has traditionally always been played by a male actor. 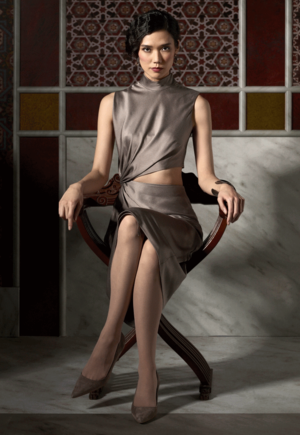 Unlike some other actresses on this list who are Americans or Canadian with Asian descendants, Tao Okamoto is a Japanese actress and model. She started her showbiz career as a model at the early age of 14. When Okamoto was only 21 years old she decided to leave Japan and moved to Paris to develop her career internationally. During her years as a model, she has walked the catwalk of some of the high-end fashion brands, including Alexander Wang, Louis Vuitton, and Chanel. She has made it as one of the few East Asian models that broke the usual norm on the high-end fashion catwalk.

While in the US, she also moved into acting. She debuted with her first female lead role in The Wolverine, the blockbuster action thriller featuring Hugh Jackman. In this movie, she starred as Mariko Yashida, Wolverine’s love interest as well as the granddaughter of the Yakuza boss. She is also featured in the psychological thriller series Hannibal as Chiyoh. Chiyoh is the complicated, cold, calm killer and mysterious protector of Hannibal. Chiyoh is one of those characters that lies between the very thin lines of villain and heroine. Most recently, in 2016, Okamoto played the role of Mercy Graves, the personal assistant of Superman’s archenemy, Lex Luther, in Batman v Superman: Dawn of Justice. 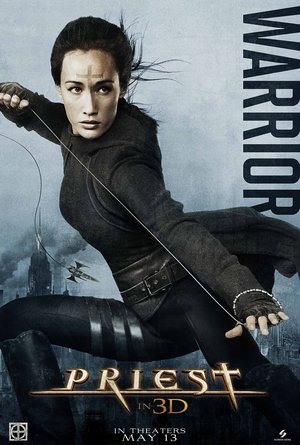 Maggie Q on the poster of Priest

Margaret Denise Quigley is better known by her stage name as Maggie Q. Q was born and raised in Hawaii, with a Vietnamese heritage on her mother’s side, but moved to Tokyo to try modeling. She didn’t gain much success until her potential as an action star was recognized by the famous Jackie Chan when she was in Hong Kong. Jackie Chan was right. In 1998, Maggie Q started out with her first acting job in TV drama The House of Dragon, which was well received in Asia. From there, Maggie Q spent her acting career playing mostly action-thriller TV series and movies.

She was starred in many action thriller blockbusters, including Mission: Impossible III, in which Q played the only female on the IMF team, Live Free or Die Hard, Priest, The Divergent Series and more. She has reached international recognition and action genre stardom with the title role in the famous action-thriller TV series Nikita. 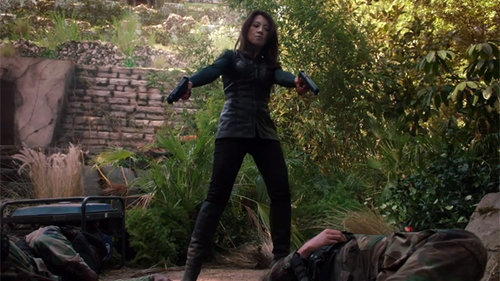 Ming-Na Wen is a Chinese American actress, who is often known as Ming-Na. Wen was born in Macau and moved with her family to New York when she was four. Despite her mother’s disapproval of the acting career, Wen graduated from Carnegie Mellon University with a degree in Theater. From 1988 for 3 years, she played a small part in the soap opera As the World Turns. But her breakthrough came in 1993 with the acclaimed film The Joy Luck Club.

From there on Wen quickly advanced in her career, with multiple roles in movies, TV series and cartoons (as a voice actress). She was praised as the voice of Fa Mulan, the first East Asian Disney princess, in Mulan. She was the lead in the short-lived series Inconceivable, one of the very few medical series that featured an Asian American lead. Throughout her career, she was featured in multiple action thrillers, including Street Fighter (as Chun-Li) and Final Fantasy: The Spirits Within (voice). Most recently, she plays the role of Agent Melinda May, a highly trained and fierce US agent, in the TV series Marvel’s Agents of S.H.I.E.L.D.

So Hollywood, we’re generously doing your homework for you. Now it’s your turn to wake up and join the table.

(Written by An Nguyen)