Book Review: ‘Do Not Say We Have Nothing’ by Madeleine Thien 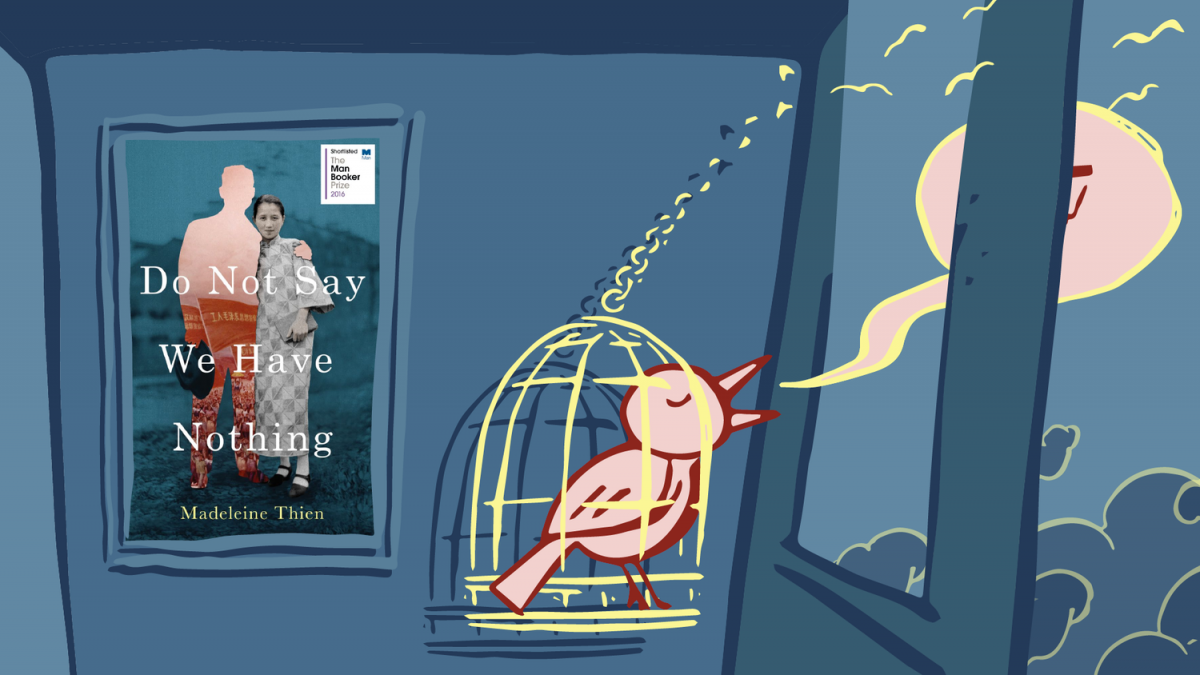 “Remember what I say: music is the great love of the People. If we sing a beautiful song, if we faithfully remember all the words, the People will never abandon us. Without the musician, all life would be loneliness.”

China’s Cultural Revolution was one of the twentieth centuries landmark events. It was a great rising up of the people, a massive philosophical movement that is and will be studied and remembered for generations to come. In this moving and captivating novel, Madeleine Thien attempts to show us the Revolution from inside out through the voice of one ordinary family swept up in the most defining movements in their nation’s history.

Do Not Say We Have Nothing is an epic tale of revolution, love, family, music, and the stories that bind generations together. The size of the physical novel alone attests to the fact that it is a large story, spanning many generations, nations, and philosophies. And yet Thien crafts this epic of several smaller stories, nested carefully within each other like Russian dolls.

The overarching story, the most outer doll, opens with ten-year-old Marie who lives with her mother in Vancouver, Canada. Her father is long gone and all Marie has left of him is stacks of notebooks and music from another life and another time. Marie’s limited life changes, however, when her mother invites a guest to stay with them: Ai-ming, the daughter of Marie’s father’s best friend and first love.

In the few months that Ai-ming stays with Marie and her mother, she immerses Marie in stories: stories of her own family and Marie’s father and stories recorded in a set of hand-copied notebooks called The Book of Records. As Marie carries these stories with her throughout her life, she slowly comes to better understand not only her father and Ai-ming, but the world from which they came.

This wouldn’t be a trustworthy book review if I didn’t have a single critical comment, so here it is: this Russian-doll structure is not always successful. The family saga of Ai-ming’s stories and memories is so compelling that Marie’s framing narrative pales in comparison. In fact, there are several instances where the narrative emerges back into Marie’s life and I found I could barely remember who she was or why I was supposed to care about her when all I really wanted was to return to the turmoil of 1960s China.

Regardless, the rest of the novel more than makes up for this occasional structural failure. At the most basic level, this is a story about musicians and storytellers struggling to preserve those aspects of culture that make us human and bind us together. There is Wen the Dreamer, who courts his wife with a story that continues to tie characters to each other beyond even the scope of the novel itself. There is Zhuli, the violin prodigy who listens too closely for her own good. There is Sparrow, the great composer who is never heard, and Kai, the first and only true love of his life.

Thien’s descriptions of music, rather than being technical, instead explore the feelings different pieces of music evoke in her characters:

“Kai began, traversing the scales with a familiar clarity… Inside Sparrow’s head, multiple versions played; he simultaneously saw the performance and heard a memory, a recording. He listened to the immense space between then and now. When the allegro began, Sparrow closed his eyes. Up and down the scales again, as if Kai were telling him there is no way out, there is only the path back again, and even when we think we’re free, we only endlessly return.”

To compensate for the fact that her readers cannot actually hear the music played in her novel, Thien instead writes so that the message of the music and the emotions it provokes are easily grasped. She writes music into everything, from the chanting of the revolutionaries to the moments of quiet space inside Sparrow’s head. Music, Thien suggests, is just another form of storytelling. And, as Big Mother suggests in the quote at the beginning of this review, so long as the musician does not forget his own words and the meaning his song has for him, his tale will never be lost or forgotten.

Shortlisted for the 2016 Man Booker Prize, Do Not Say We Have Nothing is a heart-wrenching tale of a single family, stretched through time and across country borders. I would highly recommend this to fans of literary fiction and history, especially those at all interested in a more human side of the Cultural Revolution. And to those of you interested in the preserving nature of stories and music, in their ability to keep whole lifetimes from ever coming to an end, I think this is a novel you will eagerly devour and pass on.

About the Author: Madeleine Thien

Madeleine Thien is a Canadian short story writer and novelist. The daughter of Malaysian-Chinese immigrants, she is no stranger to tackling big topics: Thien’s previous novel, Dogs at the Perimeter, is set in Cambodia during the reign of the Khmer Rouge and won the Frankfurt Book Fair’s 2015 LiBeraturpreis. Thien’s books have been translated in into 23 languages. Do Not Say We Have Nothing, published in 2016 by Granta Books, is Thien’s first novel to be shortlisted for the Man Booker Prize.