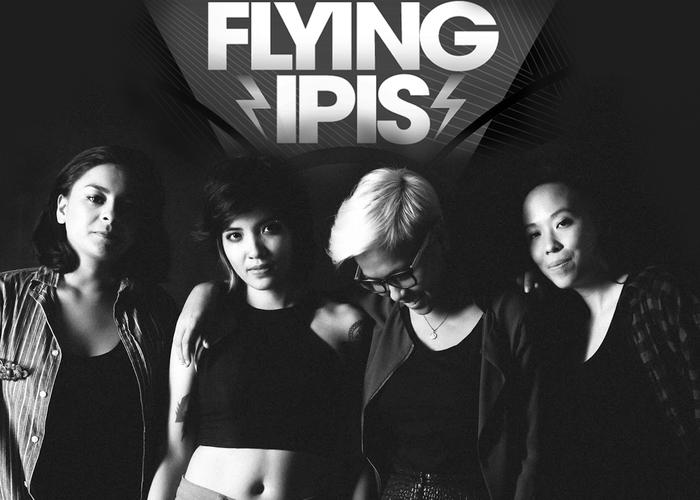 If they haven’t already rocked your world, all-girl group Flying Ipis is about to revolutionise everything you thought you knew about Catholic schoolgirls. Vocalist Deng and drummer Gaki jammed together while still in uniform, eventually adding Ymi on guitar and Tanya on bass as the group’s dynamic evolved. In 2009, they broke into the Manila music scene, immediately making an impression with a fresh, electric take on being a 21st-century girl.

Tracks like Past Is Past, Bitch and This Song Is About You showcase influences of punk-rock with splashed with ska, a little rap, and garage. Despite all the spiked girl power, Flying Ipis shows a kind of collective maturity, certainly due to creating, living and performing as a group for a long period of time. This worldliness comes through in their live shows, effectively smoothing the edges of the group’s audacious, unbridled onstage performances.

In 2011, Flying Ipis was picked up by record label LockedDown Entertainment, who released the group’s 2013 album Give Ipis a Chance. They gained further notoriety when This Song Is About You was featured on the soundtrack of the award-winning Filipino film Ang Nawawala.

After cultivating a considerable following in the Philippines, Flying Ipis blasted its way into the international arena at the 2016 South By Southwest (SXSW) festival in Austin, Texas. Selected from thousands of applications to perform, the band relished the opportunity to represent the Philippines at such a world-renowned event. ‘Ipis’ may mean ‘cockroach’ in Tagalog, but these girls won’t be considered pests. Their mission? “We want to infect the world with our infectious music and youthful energy,” claims Flying Ipis. “We want to show that girls can rock and be primary movers and shakers, on and off the stage.”

(written by Jill Marshall. Jill is a South African journalist and translator living in France. Along with the best in food, wine and company, Jill nurtures a deep appreciation for good music.)