Book Review: ‘Out’ by Natsuo Kirino 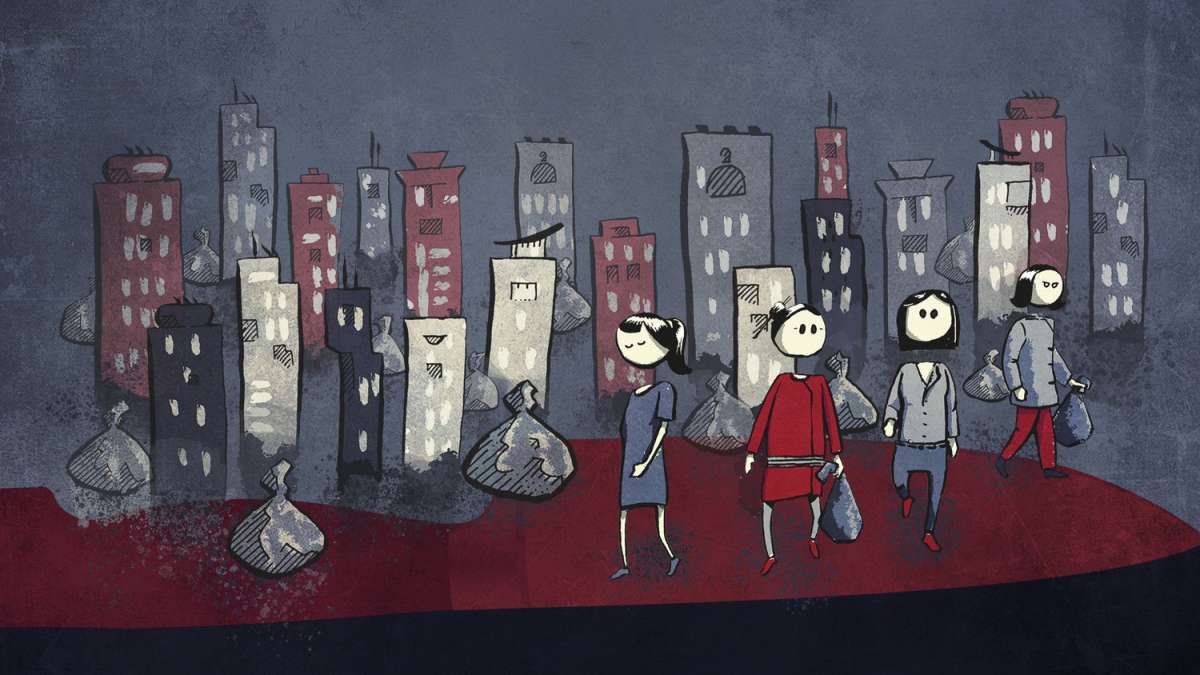 “Garbage was a natural by-product of human life, and it was nobody else’s business what got thrown away or who did the throwing. Though when the time came, you had to be willing to accept the fact that you, too, would be thrown out with the rest.”

When most of us think about Tokyo, we imagine a glistening, modern city: bustling crowds, tall buildings, and flashing lights. In Out, Natsuo Kirino takes us to the city’s underbelly, where desperate housewives rub elbows with loan sharks, pimps, and yakuza. It’s the story of four women brought together by an act of spontaneous violence whose lives will never be the same.

First is Yayoi, who started it all when she strangled her abusive husband to death as he stooped to take off his shoes. Then there is Masako, the ringleader of their defacto group, a woman with a mysterious past and enough composure to dispose of the body. The oldest, Yoshie, is driven by desperation and Kuniko, the weakest link, by greed and an overinflated opinion of herself.

These women are first brought together by the soul-crushing work on the nightshift at a bento-box factory, but are quickly bonded by something far more sinister.

In this gruesome novel, Kirino creates a crime that starts off simple and quickly devolves into the mess of Tokyo’s gritty underworld. She takes us to hostess clubs and illegal casinos and introduces us to the least savory of characters. And although Masako and the others take seemingly unforgiveable actions, their desperate lives are so relatable that we can’t help but feel more sorry for them than for their victims.

Going into this novel, I was warned several times that it was gory and more than a little horrifying. So when Masako’s offer to help Yayoi with her husband’s body took a turn for the graphic, I wasn’t suprised. What I wasn’t expecting was how calmly the women would take charge of the dead man and with what ability they would carve him up and dispose of him, piece by dismembered piece. I found their indifference to the situation, their ability to get over the shock of what they were about to do so much more terrifying than their actual actions. It made me wonder if we are all capable of doing something so horrible, if the circumstances were right or the price high enough.

I also wasn’t expecting this novel to have as much social commentary as it did. On the surface, Out is a crime novel through and through. And yet Kirino bases this crime on the huge social issue of gender expectations and the double standards that exist in Japanese society. Yayoi’s marriage is one telling example: when Yayoi is out at work all night to make ends meet, she is considered a bad mother and when Kenji, her husband, stays out late gambling, the police say boys will be boys. Yayoi is expected to stay home and play the good little wife while her husband runs around after other women, squandering their savings and their future.

And yet even these “ideal” female traits don’t save Yayoi from suspicion. One of the detectives who seems to have a very old-school conservative understanding of women’s roles in the family muses:

“With all the time they spent in the kitchen, no doubt women were more used to dealing with meat and blood. They knew how to handle knives, and what do to with the garbage. And perhaps because they had the experience of childbirth, they seemed to feel more closely connected to the whole process of life and death, which might give them the nerve to go through with it. These were the qualifications almost every woman possessed – even his own wife, he laughed to himself.”

According to this detective, women’s social roles have turned them into the perfect potential killers, but he doesn’t seem to grasp the irony in this. Like I mentioned above, the main thing that jumped out at me from this novel wasn’t actually the violence or the death, but the desperation of the women’s situations. Is murder and dismemberment horrible and wrong? Yes, of course. Did these women have any other choice? No, they did not.

Needless to say, this isn’t a novel for the faint of heart. There are graphic depictions of violence and sexual assault. But if you want a grittier look at Tokyo society through the eyes of an author who so clearly understands the complexity of female relationships, Out is a must read.

About the Author: Natsuo Kirino

Born in 1951, Natsuo Kirino spent her childhood in Sapporo before her family settled in Tokyo. She completed a law degree and worked at various jobs before debuting with her first novel at age 41. Since then, Kirino has written 13 full-length novels and three short story collections, all of which are noted for her complex plot development and characters and unique take on the collapse of Japan’s economic bubble. Kirino is most well known for her shocking novel Out, which won Japan’s Grand Prix for Crime Fiction. Out was also the first of her novels to be translated into English and was nominated for an Edgar Award.