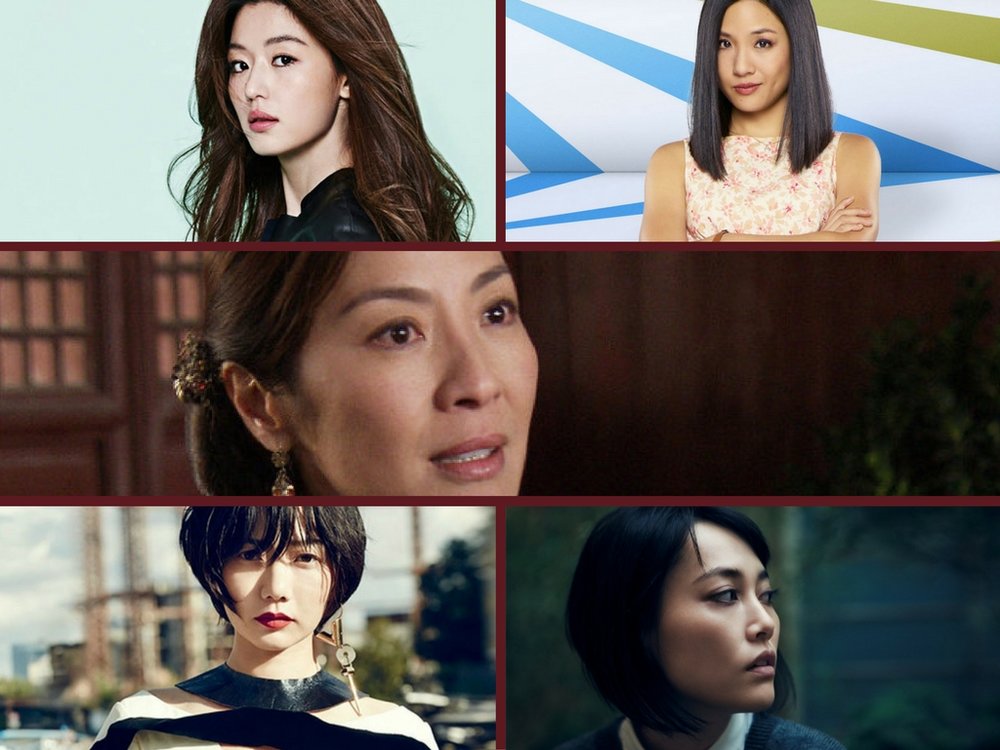 The Good Earth, a 1937 American film about Chinese farmers in a rural Chinese village, cast only white Caucasian actors playing the main Chinese characters. Luise Rainer, a snow-white German and American actress, played the Chinese wife O-Lan and won an Academy Award for Best Actress (well, she did act a totally different person). In 1944, Katherine Hepburn was cast as a headstrong Chinese lady in Dragon Seed. With all due respect to the magnificent Ms. Hepburn, we cannot even see the poster without disgust or recognize her with all that racist makeup. More than 70 years later, you’d think Hollywood must have fixed the notorious whitewashing problem of casting white actors for non-white roles by now or at least made great progress. Sadly, no.

However, the whole world is on the right track and audiences are demanding Hollywood do the right thing. It is great to see more and more Asian actors and actresses killing it on both the big and small screens. Excellent Asian actresses have starred in a wide range of roles: from a high-school nerd to strong, bad-ass investigator. The old Asian stereotype is breaking down and there is nothing an Asian actress cannot do today.

Here are five more Asian actresses who are wowing the world with their screen talents and charm. 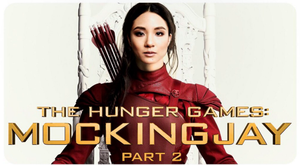 Constance Wu in one of #StarringConstanceWu meme

If you are a fan of the ABC channel or just good sitcoms, you must be familiar with their spot-on comedy series Fresh Off the Boat. The series is about a Taiwanese family who moves to the US in search of a new life, and the mother is played by the talented Constance Wu.

Born in Richmond, Virginia, Wu moved to New York to attend the famous Lee Strasberg Theater Institute at 16. Since then she has acted on stage and in small films. Her breakthrough came with the leading role in Fresh Off the Boat in 2014, a long-awaited sitcom about an Asian family with a mainly Asian cast.

Constance Wu is not only a talented actress but also a tireless activist against the racism of Hollywood. She has openly spoken about racism multiple times on various public platforms. In 2014, she participated in the Sundance Screenwriters Lab to support Asian-American artists – Yung Chang and Christopher Yogi. To the New York Times she said, “I’m not going to ask Lena Dunham to write a story about Asian-American girls; that’s not her experience. But if we want more stories about Asian-Americans, then we have to help foster the creators, the writers, the producers, the directors.” And of course, you know the viral #StarringConstanceWu. If you don’t, please check this out. 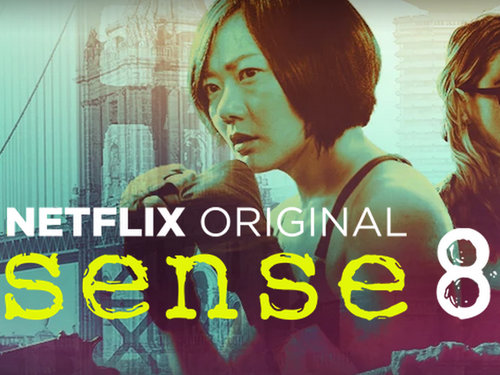 Doona Bae in the poster of Sense8

Doona Bae has lived her whole life in Seoul, South Korea, without much need of the English language. Then, somehow, she became one of most well-known Asian actress in the West.

Bae was born in a family with a theater tradition. Although her mother Kim Hwa-young was a well-known stage actress, Bae didn’t just walk onto the stage. She was recruited on the street to be a model in 1998 and became an icon in South Korea with her unconventional beauty. Like her counterparts in the U.S., her fame as a model put her naturally on screens big and small. Bae stacked up her filmography with independent and artistic experimental films in Korea and in Japan, rarely succeeding at the box office but refining her understated and delicate style.

Then in 2006 she starred in The Host, the highest-grossing film in South Korean box office history with a cult following in the West. Following her new international fame, she made her first English-language, Hollywood debut in Cloud Atlas, directed by the Wachowskis and Tom Tykwer, as a clone in dystopian Seoul. The Wachowskis also cast Bae for a small role in Jupiter Ascending and as the main character in the Netflix series Sense8. With her stoic face and focused energy, Bae is an easy choice to play any athlete or warrior. 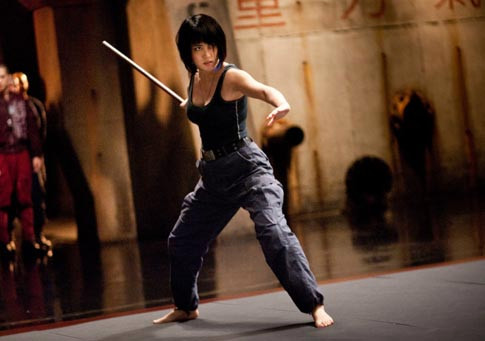 If you have watched the blockbuster Pacific Rim or the critically acclaimed movie Babel, then you remember Rinko Kikuchi. This Japanese actress is hard to forget even when she says nothing at all.

Rinko Kikuchi was born in a small city of Hadano, Japan and was spotted by a talent agent at the age of 15. Kikuchi made her acting debut in 1999 in the Japanese movie Will to Live. In the following years, she acted in many other Japanese movies that were featured at several international film festivals.

In 2006 her role as Chieko Wataya in the movie Babel raised her career to new heights. Playing a deaf-mute character, Kikuchi was one of only five actresses ever nominated for an Academy Award for a non-speaking role, and the first Japanese actress nominated in 50 years. Her intensity and killer stare saw her cast as Mako Mori as Raleigh Becket’s mecha co-pilot in Pacific Rim. The film met mixed reviews, but Kikuchi received unanimous praise for her fierce yet vulnerable portrayal of Mako. Since then it’s hard to forget her when you list Asian actress in Hollywood, regardless of her limited English. In fact, IndieWire said, “Kikuchi has become a go-to Japanese actress for hipster auteurs”. With upcoming sequel of Pacific Rim, Kikuchi will only get stronger in her presence. 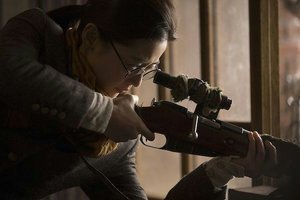 Ji-Hyun Jun in The Assassination

While many Asian actresses dream of making it in Hollywood with English speaking roles, Korean actress Ji-Hyun Jun is one of those actresses who focuses on scoring gold at home and Hollywood is paying attention because of her sheer star power in Asia.

When she was 18 Jun became a national sweetheart thanks to a Samsung printer commercial and her sensual dance and attitude. Nevertheless, Jun’s acting skill was constantly questioned until she proved her talent in the movie Il Mare the following year. Then in 2001 Ji-Hyun scored her first true breakout movie with the comedy My Sassy Girl. If you have watched the movie, you saw her undeniable charm, talent, and humor, which made it the highest grossing Korean comedy of all time and the propelled it to the tops of movie charts in many Asian countries.

Jun did try Hollywood briefly with Blood: The Last Vampire in 2009 and Snow Flower and the Secret Fan in 2010, but quickly came back to the Korean scene, starring in the 2012 heist film The Thieves, which became the second top-selling Korean film of all time. Then her 2013 fantasy romance TV series My Love from the Star sparked a sensation across Asia, with her costumes selling out in South Korea and the drama streaming more than 14.5 billion times in China in just three months. With her success and popularity in Asia, it would be negligent of Hollywood if she doesn’t get another call soon. 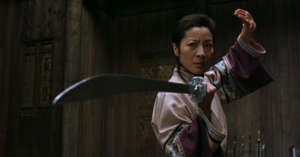 When you hear the word beauty pageant, do you picture martial arts, stunts and a lead role in action movies? A woman exists that covers all that and her name is Michelle Yeoh.

Michelle Yeoh is a Chinese-Malaysian actress born in Malaysia. She started ballet at the age of 4 and moved to London in her teens to attend the Royal Academy of Dance. An injury cut Yeoh’s ballet career short and she came back to Malaysia where she won the Miss Malaysia beauty pageant title and had her first role, working with Jackie Chan in a commercial. Since then she has built her action movie career. Never properly trained in martial arts, Yeoh depended on her dance discipline and on-set trainers. She has used many dance moves in her movies, which gives her action flow and beauty, and often does the stunts on her own. Despite injuries from filming, Yeoh never stopped fighting to take over the male-dominated world of action movies.

Yeoh starred in Hong Kong action hits like Yes, Madam and Police Story 3: Super Cop. She became widely known to western audiences with blockbusters like 1997’s Tomorrow Never Dies – in which Yeoh was the strongest most ass-kicking Bond woman ever – and Crouching Tiger, Hidden Dragon. Once being voted by People magazine as one of the “35 All-Time Screen Beauties“, Yeoh is a perfect example of the limitless possibilities of an Asian actress.

Yes, we know there are so many awesome Asian actresses and we are more than eager – borderline desperate – to introduce them all to you. Just give us a tip, who else do you want to recommend to the world?