A Day in the Frankfurt Book Fair 2016 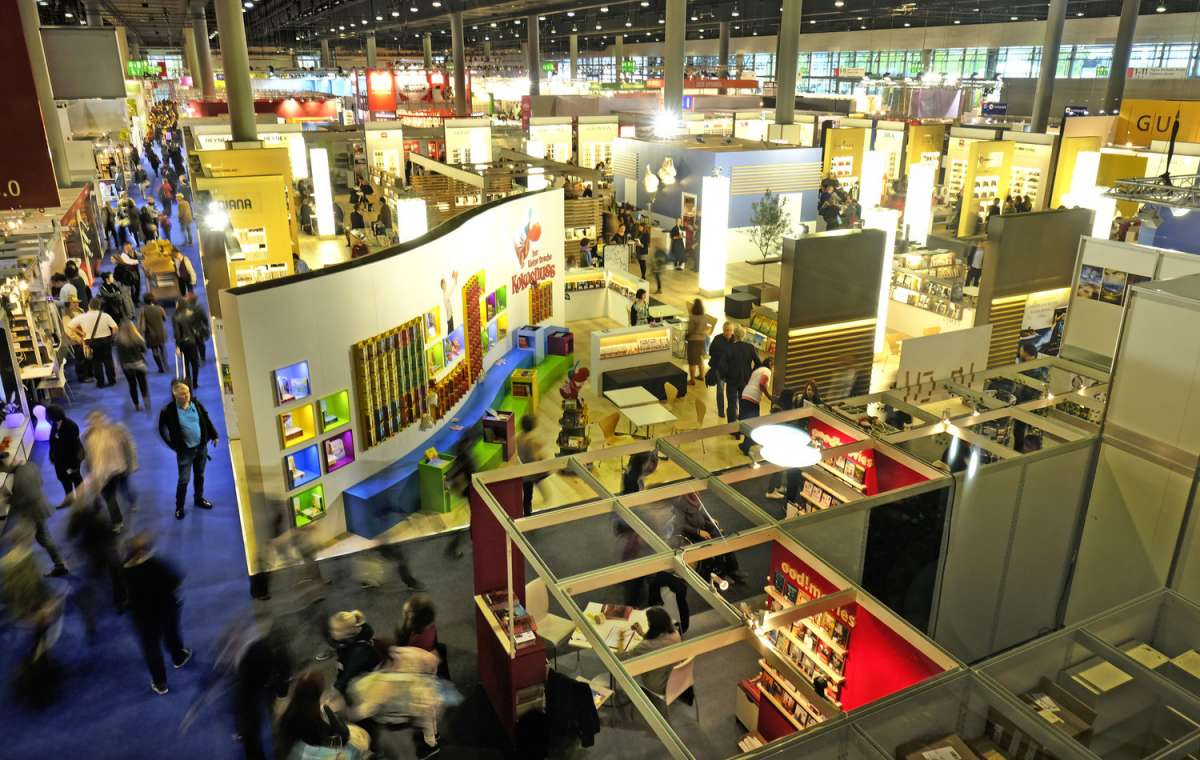 Stepping into the entrance hall of the Frankfurt Book Fair, I felt the busy and tense air even though it was only 9 in the morning.

People seemed to be a little bit lost, nervous and eager all at once. As soon as they passed through the gate, they rushed to the booths as if a map of the multi-story halls of the Frankfurt Trade Fair grounds was embedded in their minds.

Frankfurt Book Fair is the world’s largest trade fair for books, based on the number of publishing companies represented. It started in 1454, soon after Johannes Gutenberg had developed the printing press, as a local fair for booksellers. In 2015, it had 275,791 visitors from 129 countries, pretty much covering the whole world. This year’s Guest of Honour were Flanders & the Netherlands, but my eyes were on the other side of the continent.

A small hall plan navigated me to the ground floor of hall 4, where the Asian and African publishers could be found. Since the great success of Korean author Han Kang’s The Vegetarian in Europe, I’ve been curious whether Asian publishers would capitalize on this opportunity to introduce more stories that haven’t yet been told outside of Asia. Asian Literature, spanning novels, poems, short stories, plays and poetry – basically all kinds of creative writing, has not been well known in the German book market, or really anywhere outside of Asia. Studying German literature for over a decade, I’ve witnessed how much German people love books, making for one of the largest book industries in the world. At this fair in this country, this year, I really hoped Asian publishers would grab their chance.

The China Pavilion immediately caught my attention with its large-scale booths. With sheer white color and Chinese-before-English signs, I was a bit confused what I should be looking at.

Right around the corner, the Hong Kong Pavilion had many kinds of books displayed in front of the entrance, framed by a soft watercolor booth. Seeing a notice that those books were ‘awarded’, I became intrigued and grabbed a novel with a lovely cover illustration. Unfortunately for me, the writing inside was Chinese. At this point, I truly regretted that I hadn’t finished even my beginner’s lesson in Chinese.

Moving further, I came across the pavilions of Korea, Singapore, and Indonesia – last year’s Guest of Honour. I randomly stopped by the fancy Taiwan Book Bar. It had a very trendy design. The front desk was set up like a bar in a posh Taipei street, but you could still find critically acclaimed books on the back shelf. At 1 pm on the international stage in hall 5.1, Taiwanese author Yi-feng Kao would talk about “Whisky, Literature, and Life”, which sounded quite sophisticated. The Book Bar even offered a free Taiwanese Whiskey Tasting in the afternoon.

Like Taiwan, each Asian nation had designed its pavilion to promote a national brand image. Malaysia for example, had the motto “Flora and Fauna”, which had been explained by Mazlin Rahman, the assistant director from the National Book Council of Malaysia. In front of the decorative entrance in a traditional style, the Beijing Publishing Group welcomed guests with traditional music and calligraphy writing. At first this emphasis on culture and the visual seemed natural, considering its role in branding and sales.

However, what struck me was that the cultural image, which was supported by the dominant lifestyle, arts and culture books of Asian publishers, ironically overshadowed the literature.

This was indeed a disturbing fact. Why was Asian Literature underrepresented at a global event like the Book Fair in Frankfurt? I could imagine why.

First, the widespread, well-known image of Asia the imaginary “other”, the exotic culture and cuisine, where images were more powerful than words.

This simple image of Asia did not correspond to a complex literary culture in Asia. Instead, the questions of Asian writing, literary and intellectual traditions remained in the background and unanswered. Asian Literature itself became obscure.

Second, it may have been almost unavoidable to promote national imagery when the individual authors and publishers didn’t have equivalent brand value.

More Asian publishers need to independently participate to build their brands and to promote not literature as national artifacts, but as the singular voices of writers in Asia and to stimulate a discussion about the representation of Asian Literature in the West.

Where national support was necessary was the translation. The representatives of Western publishers and Asian pavilions commonly pointed out the language barrier as the biggest challenge in promoting Asian literature in Western markets. A transnational corporation, such as an Asian Literature Translation Institute, could be established to exchange experiences, suggestions and moreover answers to the definition of Asian Literature and how translation affects Asian Literature in other cultures.

Third, Deborah Smith, the translator of The Vegetarian, remarked in her essay The Globalization of Korean Literature and the Status Quo, that “there will always be some kinds of books that work best for a domestic audience and those which may in fact be more appreciated abroad”.

When I asked German publishers what they look for in Asian literary texts when choosing for German audiences, they mostly answered with “Universal values, which can be shared across the borders” and “A book that gives an insight into the culture”. The books that show universal values and the local culture? Here again, the cultural issue determines literature as a medium that merely reflects a nation’s cultural image that is easily consumed by readers without considering the historical-intellectual background of Asian literature and its writers.

As I stepped out of Asian section, I felt the full glamour of book fair and saw the spectacles put on by the key creative players. Google collaborated with New York’s MoMA to present its Cultural Institute Pop-Up LAB. Even the famous British artist David Hockney was there to honour the event and A Bigger Book, Taschen’s gigantic 500-page career retrospective of the artist’s work. Art and Culture fanatics waited in a long queue to receive his blessings. All 1.63 metres of me stood on my tiptoes to catch a glimpse of the back of his head. Oh well.

There’s always next year, and by then I hope to queue for an Asian writer celebrated for her individual work, not as part of an exotic foreign literature.

Chaotic and insecure, Yeseul loves not knowing what comes next. Through writing, she wants to find a way to be honest with herself and you. She works as a PR consultant in the tourism industry in Frankfurt, Germany.