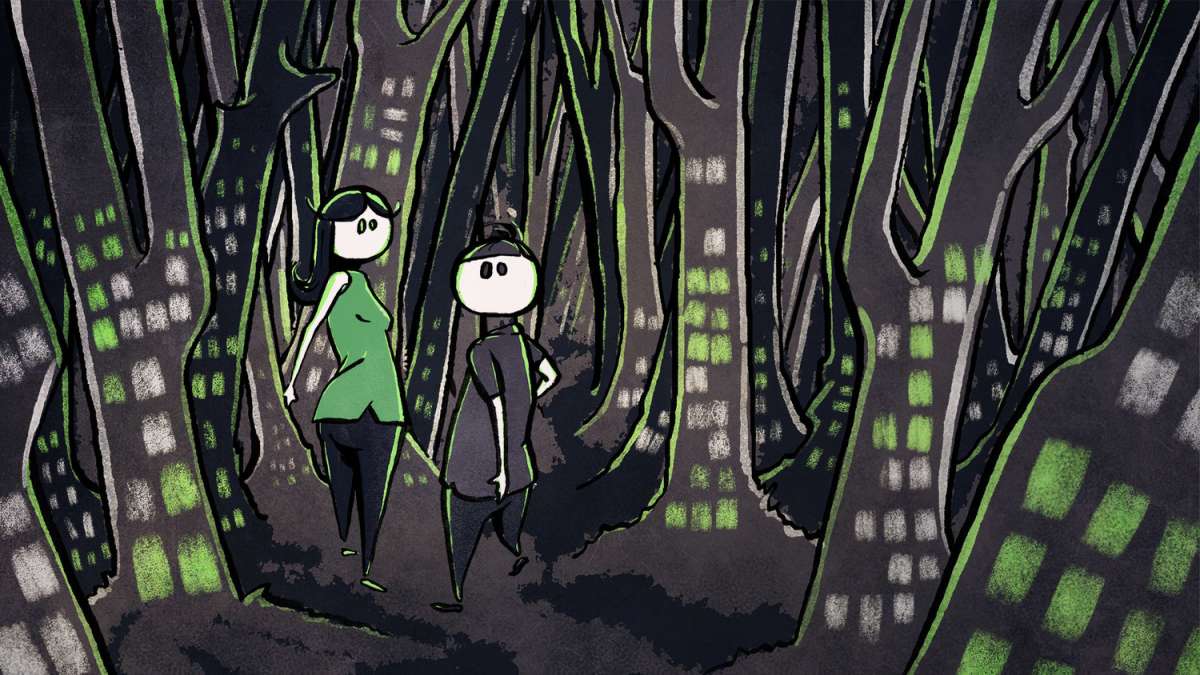 “I saw a shadow in the woods. I didn’t know it was a shadow at first. I saw it slip through a thicket and followed it in, wondering if there was a path there, and thinking how familiar it looked. The woods grew more dense the deeper I went in, but I kept on going deeper and deeper because the deeper I went, the more the shadow drew me in.”

Generally when it comes to book reviews, I have no trouble jumping right in with a short description and a (hopefully) clever punch line. But when it comes to One Hundred Shadows, Hwang Jungeun’s short and enigmatic novel, I have to admit that I may have bitten off more than I could chew.

Let’s try and start at the beginning. One Hundred Shadows is, at its heart, the story of two young people, Eungyo and Mujae, who have dropped out of school in favor of working in the heart of Seoul’s slum. They both work in an old, hodgepodge electronics market that is beginning to disappear one building at a time, a casualty in the path of gentrification.

It is against this backdrop that Eungyo and Mujae begin a tentative relationship. They are awkward at times as they try and overcome their own pasts to connect with each other. But as their limited world crumbles and their own shadows turn against them, Eungyo and Mujae find a way to pull together.

This may sound contrived, but I can honestly say that I’ve never read anything quite like One Hundred Shadows. On one hand, this novel is very much about giving the reader a glimpse at a grittier side of Korean society. This exploration of spaces on the edge of ruin has become one of the hallmarks of Hwang’s writing.

On the other hand, there is something quite fantastical about this story. Although it seems to be set in world not so different than our own, within the pages of One Hundred Shadows people often find their shadows separating from their bodies and “rising.” Indeed, when characters see their shadows “rise,” it often signals their beginning of their demise:

“If you spot someone who looks just like you, it’s your shadow, and once your shadow rises it’s over for you, because shadows are very persistent, because you can’t bear not to follow your shadow once it’s risen.”

The phenomenon of rising shadows is never really explained and I can’t say that I thoroughly understand it. But I do know that it lends a really eerie atmosphere to Eungyo and Mujae’s story, which is introduced as a modern myth early on. The novel opens with an image straight out of a fairy tale: Eungyo and Mujae wandering through the forest after being drawn in by Eungyo’s shadow.

The one thing I feel confident enough to say is that One Hundred Shadows is experimental fiction at its finest. It is the kind of book people will make broad, sweeping statements about to cover up the fact that they, too, just missed the meat of what Hwang was actually trying to convey. If you like books that lay it all out, plain and simple, this is not the book for you. But if you like writing that is simultaneously dark and light, gritty and fantastical, then I would highly suggest this stunning novel from a rising star of Korean literature.

About the Author: Hwang Jungeun

According to Tilted Axis Press, Hwang Jungeun is “one of the bright young things of Korean literature.” Born in Seoul in 1976, Hwang debuted in the Novel Field of the 2005 Kyunghyang Sinmun Annual Spring Literary Contest and quickly became known for writing stories about people in “slums,” or spaces close to ruin. One Hundred Shadows was Hwang’s first novel won her the Hankook Ilbo Literary Award and the Korean Booksellers’ Award. In October 2016, Tilted Axis Press published an English translation of One Hundred Shadows, translated by Jung Yewon.