Yuna: How to remain intact while breaking barriers 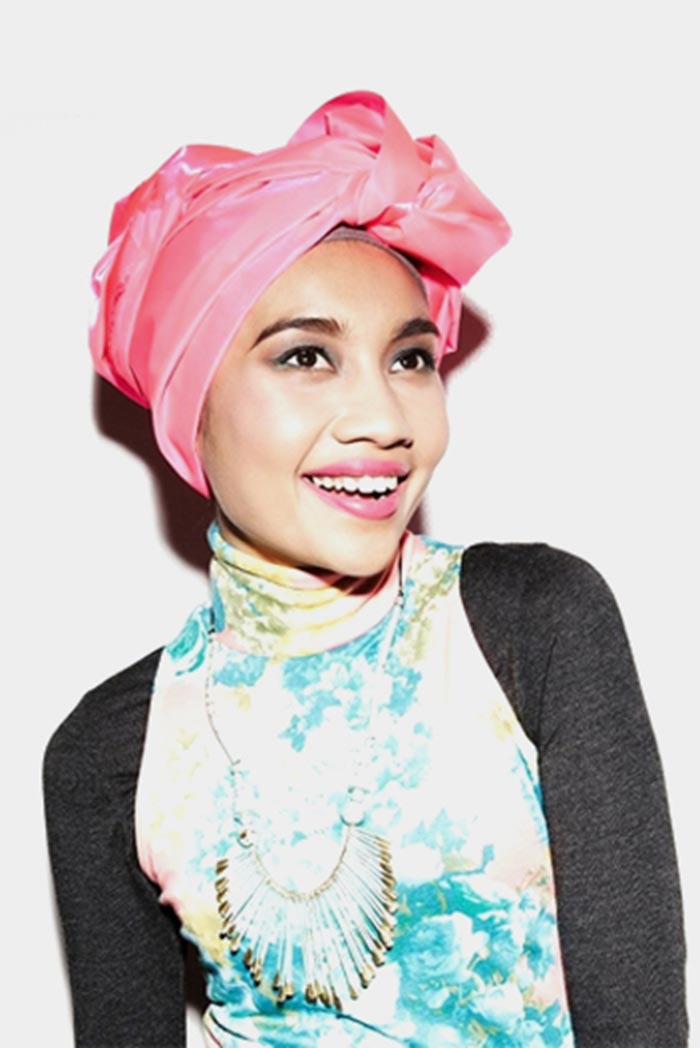 Malaysian-born singer-songwriter, Yunalis Zarai a.k.a. Yuna, 29, has come a long way from her early singing days on MySpace.

What began as an innocent means of soul-searching quickly transformed into a burning passion for music after she started writing songs at the tender age of 14.

With a strong online presence, Yuna effortlessly garnered a huge number of followers and quickly became the ‘new cool’ for the Malaysian music scene.

Breaking the barriers of the local music industry, she became the first female performer who dared to strum her guitar and sing her heart out while proudly donning a hijab – an image not many women performers in the country would dare to carry, particularly in a complex and confusing modern-conservative society like Malaysia.

Today Yuna has gone beyond Malaysia’s borders and to the American music scene – a realm that seems far-fetched for a young Asian Muslim woman.

Despite the challenges, her exotic voice singing her soulful music won many hearts in the land of the Star-Spangled Banner, even as she proudly presents herself as a devout Muslim.

A Sense of Empowerment

My first encounter with Yuna’s music was not a memorable one. I can’t even remember the first song that I heard, or whether I had any favorite song. But, there was one thing that imprinted on me when I first discovered her: I simply admired her guts.

Being a different kind of entertainment material, all eyes were fixated on her. Many were eager to be mesmerized by her music and persona, but just as many were also scrutinizing her every move, ready to pounce whenever she made a wrong move.

Yuna resembles a typical Malay girl – innocent and naïve, yet at the same time determined to express herself. In other words, I would easily describe her as the girl next door. Even so, she seems to exude an honest, low-profile yet strong persona and a sense of empowerment onto her ever growing fans.

Because of her unpretentiousness and authenticity, Yuna won my admiration even when I am not so into her music. I believe she has won many other Malaysian girls’ hearts too, especially the ones who came from the same generation as hers.

Yuna’s most recent album, Chapters, packs a fusion of R&B and smooth jazz with intimate and honest lyrics – completely different from her previous indie-folk and pop gigs.

In her interview with Vibe.com, she admitted writing the album without “holding anything back,” describing it as a liberation for her to be vulnerable and write about what she feels at the moment, without worrying about what people would think of her.

Such a move reminded me of her authenticity and her will to stay grounded even when she is soaring high. Her strengths and struggles translated so well into her writings, making her music more relatable to her fans. Such sincere songwriting, combined with a soulful, distinguished kind of music became a perfect recipe for reaching out into people’s life.
When asked whether she was intentionally crafting it all, she responded that it all came naturally.

“When you do it naturally, it is more sincere. I don’t tell people this and that and not knowing what I am saying. When I know that many girls out there are inspired by my music, that keeps me continue writing music that promotes all this positive energy and love,” she said.

Moving Forward and Staying True To Herself

Now that she is based in the US, all is not lost when it comes to her connection to home. Yuna’s fans in Malaysia remain intact, with many staying loyal to her evolving music and style.

Perhaps such loyalty lies in the way she stays true to herself, even when there is a continuous pressure on her to change her style and principles and succumb to the “standards” of the American music scene. Anyone who appreciates her would notice that she works very hard at being steadfast and keeping herself grounded, especially when the fact is that such effort is nowhere near easy.

Even so, she is not spared from super-conservatives and the judgemental crowd back home.

In fact, her recent struggle was with her own people who could not accept the way she carries herself on a global scale. A recent video of her returning a harmless hug to Usher on-stage set a fire in her homeland, with many humiliating remarks being passed on to her, to the extent of labeling her as a “trashy woman” and asking her to “might as well go naked”.

Yuna reacted to the comments and posted an Instagram photo with a caption that summed up her move from then on:

Throwback from when I was on Barney's campaign 2014 celebrating cultural differences, shot by Bruce Weber. I remember when this first came out I was so scared of posting it because I knew the extremely rude conservative Malays (mind you I'm conservative too) would attack me for revealing my neck. Honestly. At this moment I was comfortable. The stylists from Barney's were kind and respectful of my beliefs and let me wear this beautiful shirt dress. I get to pose with this lovely Punjabi couple along with a fellow half Malaysian model who later became my friend. People ask me what ethnicity I am I tell them I am Malay. Why can't you wear a short dress? I tell them I am Muslim. Someone once told me my experience is mine. No one else is living it. No one has lived it. Outsiders have the illusion that they can tell you how to live your life because- they have lived theirs letting OTHER people tell them how to live. My father always told me 'You make your own decision. You can think. Why do you have to listen to other people?' Isn't it weird, the biggest racism and discrimination that I've ever faced, was never from the Americans- it was from my own race. There I've said it. They call me 'perempuan sampah' and tell me to ''might as well go naked'. The worst, hurtful & sexist things I've ever had thrown to me, were from the lips of the Malays. All I can do is be patient. Allah is great. And Alhamdulillah for everything. So this is me. I will wear whatever I want. I will show my appreciation whether it's a handshake, or a hug, to my friends, this is me. Save your mediocre downgrading religious preach to yourself, they have no meaning to me. I have some Americans telling me to take my hijab off, and I tell them no. I have some Malays tell me to take my hijab off because 'from wearing a turban might as well take off your hijab', I tell them no too. I am me. Tada! Expect more candidness from your fun, happy, Yuna. May it inspire you to be yourself too without letting the toxic people around you define you or how you should be. No regrets, no hard feelings I will continue to empower women and men everywhere as long as I live inshaAllah. Lepas ni.. no filter! Yay!!

Obviously, Yuna is getting good at persevering. Harnessing positivity and confidence, she continues to hold her head high and move forward by embracing diversity and promoting acceptance through her connection with her fans.

I have too many things to say to Yuna if I ever get the chance to meet her. Amid all the jumble of words, I hope that she will know how appreciative I am of her influence on her fellow countrywomen and now the Asian women around the world – that is to make us want to stand up and pursue our dreams, and not be held back by staying true to ourselves.