A parent and feminist guide to ‘Rogue One: A Star Wars Story’ 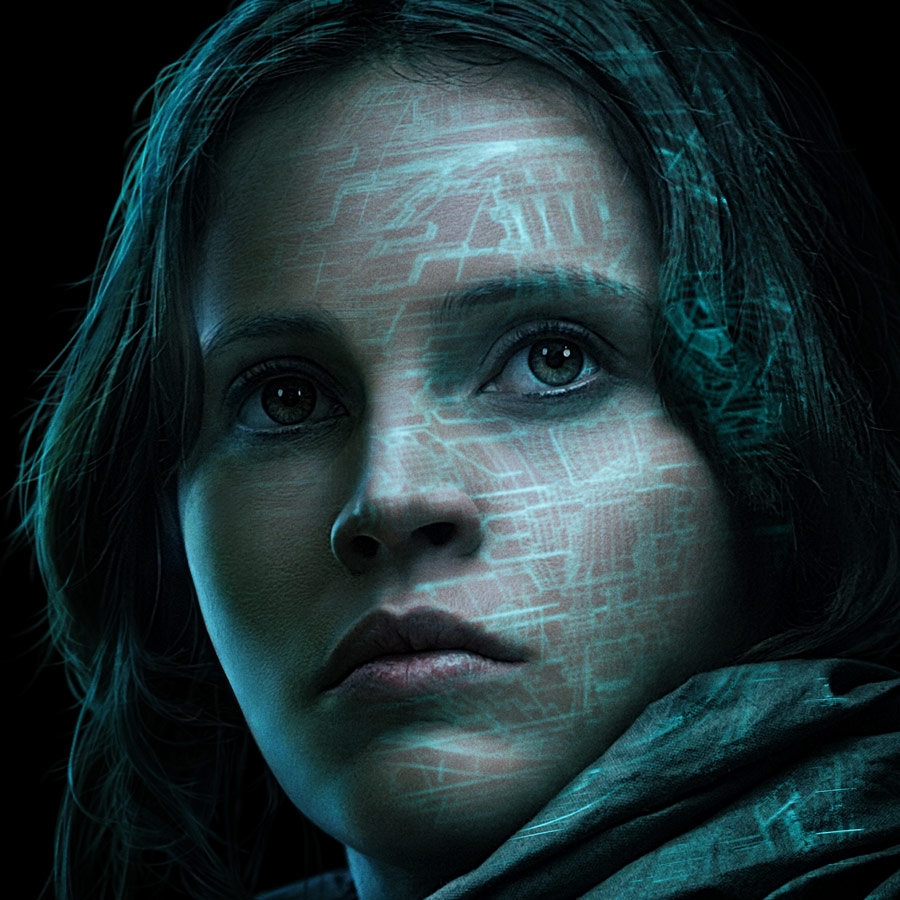 With its second December release in two years, Disney is training nerds to associate the winter holidays with Star Wars.

I know because I’m one of them. When my 5-year-old gets Star Wars Lego sets for gifts, my 43-year-old heartbeat races far faster than his.

Despite my affection for Star Wars, even I was a little surprised that a potential flaw from the original film – that one T-65 X-wing Starfighter could take down an entire Death Star – led to a $200 million effort to rid the galaxy of a loose end from 1977.

Armed with CGI that proves living actors won’t be replaced with computers anytime soon, Rogue One ties up this nearly 40-year-old loose end and explains why the Death Star could die so easily.

In anticipation of these new Star Wars movies, now run by Disney, I compiled a list of issues from the first two trilogies that had repeatedly polluted the galaxy
I grew up loving:

Last year’s The Force Awakens got many of these issues right. How well does Rogue One do?

Trump supporters, who have called for a boycott of the movie, would have you believe that it does very well. But Trump supporters disproportionality believed and shared bullshit “news” stories, like activists getting paid $3500 to protest Trump, so I’ll stick with my own analysis.

And if I seem a bit harsh regarding Rogue One, know that – regardless of what my partner and students tell you – I’m not always so negative. In fact, in my review of The Force Awakens, I called the film “a big fucking deal.” And I meant that in a positive way.

As Cesar Chavez once said, “Once social change begins, it cannot be reversed.” The Force Awakens made some seriously positive changes to Star Wars. I have no patience for reversing these gains, certainly not after that last election (one that means our first Black president will soon hand the keys to the Oval Office over to a White man endorsed by the Ku Klux Klan).

1. It Heavily Excludes Women, But Not Necessarily People of Color 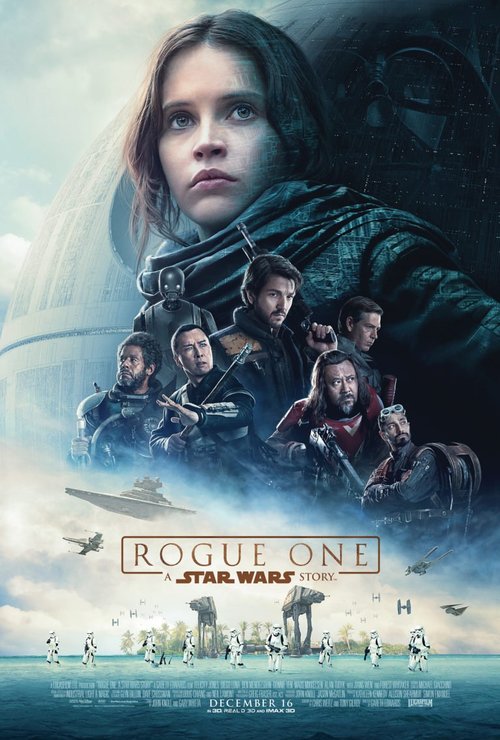 This Rogue One poster consists of Jyn Erso large at the top while her supporting cast appears smaller at the bottom, with an image of the Darth Vader and the Death Star in the background.
Image source: StarWars.com

As in The Force Awakens, a White woman takes the wheel as the protagonist, backed by a sizable supporting cast of men of Color. So let’s celebrate, right?

I’m weary of men dominating Star Wars(I’m hardly the only one; The Daily Dot counted just seven women with speaking roles). At least for The Force Awakens, filmmakers include a few women to play meaningful roles. For Rogue One, “one” is really all you get.

I’m also weary of White protagonists (even when they are women). And I’m weary of people of Color cast as heroic helpers to their White leader.

This formula – used for Captain America: Civil War (both sides), Star Trek, Guardians of the Galaxy, The Hunger Games, Harry Potter (barely), and so on and so on and so on and so on – is so tired. It is a reminder that systemic racism doesn’t disappear; it simply evolves, allowing more people onto the set, but rarely changing the hue of the hero.
The thing is, this is Star fucking Wars! People will see it no matter who is cast. So why can’t the filmmakers just flip the formula already?

Imagine Constance Wu or Gina Rodriguez as Jyn Erso leading a ragtag band of helpers – including White helpers? Is that really so hard for White people’s brains? Has the entitlement that comes with White privilege so thoroughly distorted our concept of fairness?

We White people teach our children to take turns on playground swings but we can’t figure out how to do the same with film, despite having more than a hundred years of chances.

2. It Lets At Least One Woman Do Jack Jane

If you had hoped that Rogue One might be a different kind of Star Wars film after learning that even the trailer passed the Bechdel Test, you will likely be disappointed.

It’s not like there’s nothing to celebrate. In the post-George-Lucas Star Wars, filmmakers have traded in metal bikinis and Twi’lek cleavage for tough, capable women, first Rey and now Jyn Erso.

At the same time, their greatest strength seems to be their fighting skills – valuable, I suppose, during the perpetual intergalactic civil war. Nevertheless, just as the filmmakers layer these women with actual clothes, I hope they will also layer them with other types of strength.

Jyn Erso musters an inspirational speech or two, but there’s not much more to her character than battlefield badassery. (To be fair, most of the supporting cast is similarly cardboardy.)

In the end, even when women take the wheel of the film’s action, men continue to tell them how and where to drive. 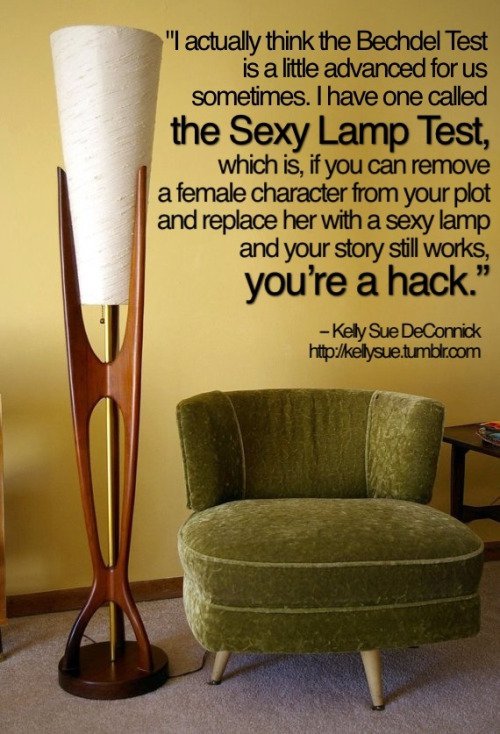 A picture of a lamp with text by Kelly Sue DeCorrick: “I actually think the Bechdel Test is a little advanced for us sometimes. I have one called the Sexy Lamp Test, which is, if you can remove a female character from the plot and replace her with a sexy lamp and your story still works, you’re a hack.” Image source: kellysue.tumblr.com

Not at all. Not even in background shots. Not even at seedy trading posts.

While Star Wars creators seemed to have tossed the “Infuse the entire film with meaningful roles for women of all colors” memo, they sure internalized the “Stop objectifying women” memo.

Like Daisy Ridley’s Rey, Felicity Jones’s Jyn Erso certainly conforms to conventional standards of beauty, but she is no sexy lamp (and is actually the highest-paid actor of the film.)

(But there are other tests. One friend couldn’t get past Rey’s carefully-applied eyeliner throughout The Force Awakens. I’m still developing my eyeliner analysis lens, so I’ll let you decide about Jyn Erso’s eyeliner.)

Without objectification, Rogue One could almost be a film I’d take my 5-year-old to – except for all the intense battle sequences. More on them soon.

4. It Excludes More Than Just Women and People of Color

This critique originally pushed for the inclusion of queer characters. I never meant a Pride parade. How about just one queer character – at least to start?

Harry Potter did it (sort of). The Walking Dead did it. Marvel did it. Why can’t Star Wars? Yes, I know Star Wars takes place “a long time ago,” but, here in reality, it’s practically 2017.

If Rogue One includes queer characters, the creators did so in a way that’s too subtle to be sure.

At the same time, the franchise finally includes someone with a disability. And I don’t mean a disability like a lost limb that gets replaced by something that looks – and works – exactly like the one that got cut off. No, we finally have a blind character: Chirrut Imwe, played by Donnie Yen. 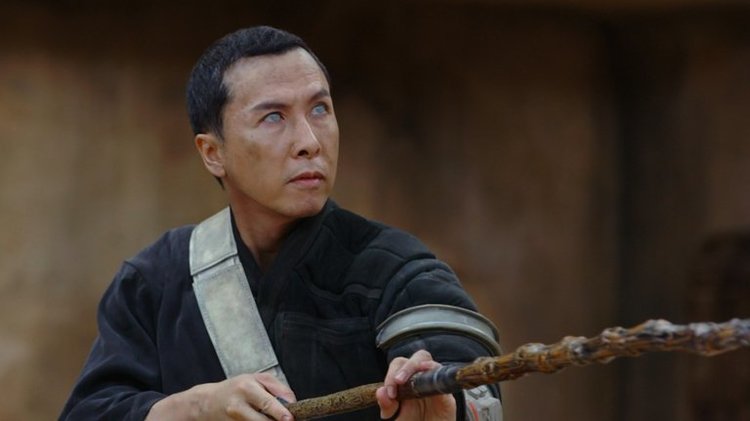 Of course, like Daredevil, one of the few disabled mainstream superheroes, this blind character is superpowered, likely due to his special connection to the Force. While the inclusion of a blind hero, albeit in a supporting role, will cause many to cheer, I still wonder: Do disabled characters need to be superheroes to be included?

5. It Doesn’t Racialize the Antagonists and (Attempted) Comic Relief

The film steers clear of species with problematic, racialized accents, and the primary bad guy seems very White, which is a lot less problematic than continuing the long history of casting actors of Color as antagonists.

However, we need to talk about the Asian characters. While The Force Awakens includes more Asian actors than you might have realized, Rogue One fills the set with more Asian faces than any other Star Wars movie.

In an age in which Asian characters continue to be Whitewashed (see video below) – including in a freaking Bruce Lee biopic – that’s significant, right?

Except that one character, Chirrut Imwe, fulfills a very tired Asian trope: the wise martial arts master (check out his picture in #4). That’s right: Even in a galaxy far, far away, the martial arts stereotype sticks to a prominent Asian character. How offensive is it?

As a White American, I’m not the best one to ask. Instead, I learn tons by listening to prominent Asian voices like Angry Asian Man, Margaret Cho, and The Love Life Of An Asian Guy.

I know I did while following the Iron Fist controversy, during which many called for Marvel to cast an Asian American in the role of Danny Rand, a martial-arts-based superhero who, in the comics, has always been a White American with blond hair. Not all agreed he should be cast as Asian, precisely because of the prevalence of the martial arts stereotype.

So instead of giving my take on the portrayal of Chirrut Imwe, I look forward to reading the thoughts of Asian writers.

6. They Don’t Show the Jedi to be Weapons for the Rich and Powerful

I can’t exactly give the film credit for not portraying Jedi as tools of war for the rich because, given the Star Wars timeline, Jedi are virtually nonexistent.

So let’s talk war here instead. Toy aisles might lead you to believe this film is for small children, but it’s not. Battle scenes – cartoonish in the prequels because of CGI overload and cute in the original trilogy because of dated special effects – have been replaced with gritty realism. AT-AT Walkers aren’t so funny in Rogue One.

Parents/guardians, be warned: This film is a war movie, one with few lighthearted moments to offset all of the death.

So in the end, how well does this film do?

Not so well, not following the groundbreaking Force Awakens. At the same time, I watched Rogue One still reeling from the election. And from watching Trump assemble the richest, Whitest, most male cabinet that I can remember.

Stories of resistance and rebellion are desperately needed right now.

Stories of resistance and rebellion are desperately needed right now.

(Written by Jon Greenberg. He is an award-winning public high school teacher in Seattle who has gained broader recognition for standing up for racial dialogue in the classroom — with widespread support from community — while a school district attempted to stifle it, and he’s also a Contributing Writer for Everyday Feminism.)