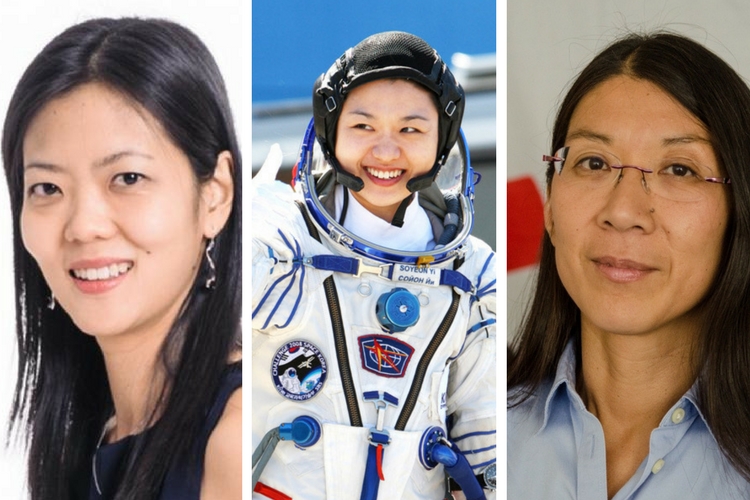 The quest for equality in science world

Thousands of female scientists make new discoveries and contribute to the betterment of mankind every day. Do they, however, get the recognition they deserve? Dr. Kelly Ramirez, a soil ecologist, felt the threat of sexism, inequality, and discrimination rising during last U.S. presidential election. Dr. Ramirez and fellow scientists penned an open letter, which went live with the signatures of 500 women scientists. The pledge of 500 Women Scientists to increase diversity in science has garnered more than 16,000 signatures so far.

In Asia, where technological and scientific innovation rises on daily basis like a new skyscraper in town, the density of female intellectuals is also growing. Women scientists in the world share the similar challenges more or less, then there’s an additional barrier of patriarchal Asian societies. Here are three, among many, who broke the glass ceilings more layers than one.

Dr. Lisa Ng Fong Poh is highly recognized for her contribution during the 2003 SARS Crisis. In the midst of the spreading epidemics of the Sars-CoV and Avian Influenza H5N1 viruses, her team developed diagnostic kits for detection, which helped to streamline the testing processes around the globe. Thanks to her, the rapid spread of the said viruses towards a worldwide horror was significantly restrained.

Recently, she led the study to uncover a possible way that the Zika virus damages an unborn baby’s brain.

If all sound scary, your instinct is right. Dr. Ng Fong Poh’s is one of the riskiest occupations on the planet. She represents the few who are willing to go above and beyond to protect humanity from the worst possible scenario – extinction due to fast-acting and super-immune viruses. And she’s one of the few Asian women in this field. When ‘superbugs’ resistant to every available antibiotic appear on news, not just in SF horror fiction, Dr. Ng Fong Poh is a kind of heroine we need.

As of July 2016, out of 537 space travelers, 60 were women. Many of them came from different countries and backgrounds, but Dr. Yi So-Yeon may be one of the most prominent ones in the 20th century. As the first Korean and second Asian woman to fly in space, after Chiaki Mukai from Japan, she has achieved what many young Asian women wished for – a chance to change the world.

Originally, Yi was a South Korean scientist with a PhD in biotech systems. On December 2006, she was one of two finalists chosen in the Korean Astronaut Program. On April 2008, Yi flew into space with two Russian cosmonauts. What many media outlets fail to mention is that Yi is now the youngest female astronaut to fly in space at 29. Sally Ride, who was 32 at the time, had held that record. During her space flight, Yi was tasked as a senior researcher representing South Korea. She conducted experiments, related to her biotech background, such as testing the lifespan of fruit flies, as well as monitoring the growth of plants without gravity.

After a prolific career in the aerospace community, Dr. Yi decided to quit being an astronaut to marry and to study for an MBA. Her decision is a prime example of choosing a career path in your own terms, but what she has achieved out in space will forever be remembered by her country and all the young girls who look up the stars.

Doctors Without Borders (“MSF”) has become a timeless institution that continues to help communities in need of healthcare in remote areas. MSF has saved millions of lives directly and indirectly in the areas where medicine and emergency care are inaccessible. On June 2013, MSF elected Dr. Joanne Liu as the president during the MSF’s International General Assembly.

During the Ebola outbreak in Guinea, West Africa in 2015, Dr. Liu and her team were the first respondents on site. Dr. Liu wrote a piece for Nature.com about the status of her time during that outbreak, citing that lack of political will was the root cause of the delays to stamp down the initial outbreak.

In the middle of it all, Dr. Liu and her teams were faced with other problems such as hostility, family members who refused to get their relatives treated, and other cultural disagreements. The scope of the Ebola outbreak did not allow for traditional burials due to the threat of the spread of the disease, which made the whole ordeal both physically and mentally stressful.

Although the outbreak was stabilized and isolated, Dr. Liu still continues to face many issues concerning the MSF like political red tape and the current war zones in different parts of the Middle East and Africa. Even so, Dr. Liu continues to push on, hoping that with each problem that arises, a better solution comes along that will prevent any further danger to the health of the communities worldwide.

Last year left us with broken hearts and souls – with terrorist attacks, viral epidemics, economic crises, and political instability – but 2017 is a different year. It is a time to rise up, as women who will fight for our rights to become scientists, doctors, astronauts, and whatever else we want to be.

By acknowledging the works of women like Dr. Liu, Dr. Ng Fong Poh, and Dr. Yi So-Yeon, we are getting one step closer to a world filled with successful women who can make a great impact and change the world in ways we could never expect.