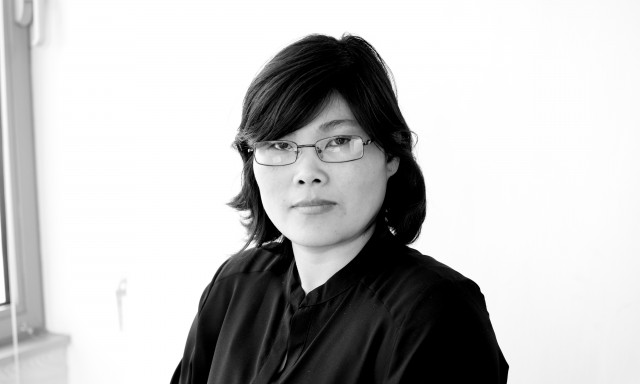 “A small tear rolled out from the corner of my uncle’s eye and in a few moments, he was dead.”

As Jihyun Park recounts, the memory of her first family member dying of starvation is vivid. Bones stuck out sharply, making arms and legs look like sticks. Her uncle wasn’t the first fatality. “The famine slowly tortured everyone. All over the city, there were families like us waking up on a bright summer morning only to face death.”

A smartly dressed woman, Jihyun Park carries a slight limp. It’s a reminder of the ordeals she underwent while escaping the atrocious North Korean dictatorship regime.

Since the beginning of the 1990s, North Korea has relied heavily on the Soviet’s support for their agriculture and social economies, which supplied the country’s public monthly ration distributions. The demise of the Soviets in 1991 threw North Korea into economic chaos and, due to the dysfunctional distribution of food by the government and bad weather, the infamous Arduous March famine (1994 – 1998) left an unknown death toll believed to be between thousands and millions of dead. It was one of the worst famines ever recorded in history. “The stomachs of the children on our street were distended from starvation. We were forced to forage for whatever food we could find in forests and gardens. I remember digging up tree roots with my fingers to boil and eat,” says Park.

Jihyun Park was told that “the West was to be blamed for its imposed economic sanctions on our country.” Just like the rest of the population, she was brainwashed from birth to obey the state.

Park graduated from university holding a mathematics and science degree in 1996 and was training as a teacher. Her dream didn’t come to fruition.

Her mother left home. Her father collapsed from a hemorrhage. Her brother was being chased by military officials for dealing with gold illegally. Park was left to tend to her sick father and salvage whatever she could to sustain them. It was in these moments of desperation that her sick father secretly persuaded her to leave North Korea.

The remorse etched in Park is still visible as she thinks back to that life-changing decision.

“It was my father’s will.  Not even observing my father’s death, I left.  Leaving my father lying in the cold room, I left for a journey that would never bring me back home.  I will never see him again and I don’t know where he is buried.”

Park and her brother crossed the border into China and were separated at the border. Once in China, she fell victim to human trafficking. “A broker told me that I would need money to save my brother, and so I was sold to a Chinese man for 5,000 yuan (approximately £500). However, I never saw my brother again and my life as a slave began,” says Park.

According to Amnesty International, the vast majority of North Korean defectors are 80% women.

In June 2009, the U.S State Department released a Trafficking in Persons Report which found that the “most common cases are women being sold as brides to Chinese nationals. In other cases, North Korean women and girls are lured out of North Korea to escape poor economic, social, and political conditions by the promise of food, jobs, and freedom, only to be forced into prostitution, marriage, or exploitative labor arrangements once in China. In some cases, North Korean women are sold multiple times to different men by the same trafficker. The illegal status of North Koreans in China and other Southeast Asian countries increases their vulnerability to trafficking for purposes of forced labor and sexual exploitation.”

Park remembers: “These men saw North Korean women as products that were purchased. If they were damaged or became useless, they saw it acceptable to ‘resell’ to other people. The ‘owners’ did not want us to congregate outside for fear we would encourage each other to escape. One woman was bought by two men who combined their money to buy her. She was kept in a room and was never allowed to step foot outside.”

For six years, Park worked from dusk to night. She was deprived of basic necessities, suffered estrangements from the community and endured years of forced sex with her abusive alcoholic husband. Soon, she became pregnant. She hid her pregnancy, afraid that she would be forced to abort while continuing her strenuous daily work.

Park’s son, Yong, came into the world in 1999. Initially, he was to be sold but after pleading and begging Park was able to keep Yong with her in China, where he grew up stateless. When he was five, Park was reported to the Chinese authorities and forcefully separated from Yong, kicking and screaming. Park was then deported and her son remained in China.

“China did not recognize us as political refugees, but as illegal migrant workers. Any North Koreans caught on Chinese soil would be forcibly repatriated back to face a long sentence to political prison camps. China’s violations of human rights are no secret, especially towards North Korean women. I know the truth because I am one of those women who experienced exploitation and violations.”

Park was sent to Tumen’s detention center. A week later, she deported back to North Korea as a criminal. From North Korea’s prison camp to a labor camp in Onsung to a provincial correction camp, Park still bears the scars and memories of what it is to be caught leaving and escaping the Kim Jung Il’s regime.

“One day I needed to go to the toilet desperately and asked them (the guards) many times, but they never answered. I could not stop and ran to the toilet. As a punishment, they forced me to clean the toilet with bare hands without any water.”

In Onsung labor camp, Park and the prisoners lived and worked like animals, pulling ox carts, digging the ground with their bare hands and carrying heavy loads at a run, barefoot. After working from 4 am to 11 pm, they were only given pig’s rice. They ate raw potatoes and picked seed out of animal dung. Park lived with more than a hundred people crammed into a single room with only two buckets to use as toilets. Survival and her son, Yong, were the only thoughts that kept her going.

One day, Park woke up to find one of her legs was swollen with gangrene due to the constant beatings by guards and continually working in the sewage. Worried she would infect others in the institution, the guards authorized Park’s release with a signature from one of her family members. “The camp released me with a signature from my uncle. My uncle left me, saying he would never see me again.”

Park struggled to survive on the streets as her infected leg rotted and quickly spread to her other limbs. It was a kind-hearted herbal doctor who saved her leg. He placed some herb in the rotting bone and gave her white powder to extract the gangrene. All the while, Park was only thinking about her son.

“I needed to get back to China for my son.  I had to find him, although I didn’t know if he was even still alive or if Chinese husband had sold him.  The only way to escape and to find my son was to sell myself.”

Park fled her country once again over the mountains with the help of a trafficker, desperate to find her son. Their reunion was both exhilarating and heart-breaking. She barely recognized him with his sunken cheeks and flaking filthy skin.

Her ordeal was far from over. Once she found her son, they took a dangerous route to Mongolia after an unsuccessful attempt to find help in South Korea Embassy. “The border fence was two meters high. We cut a hole and everyone ran. I couldn’t run because of my leg. I walked, gripping my son’s hand.” She could hear sounds of car engines and her heart plunged. She thought all was lost. A man turned back and ran towards them, carried her son, holding her hand and ran, crossing the border into Mongolia. “I looked up and it’s the first time I saw hope. I did not know it was love because I’ve never experienced love.”

The man, Kwang, who is now her husband, was also a North Korean defector. Together they stayed in the Mongolian desert for three days and, due to harsh conditions, returned to China and made a living selling Korean food. One day, she met a Korean-American pastor who introduced them to a UN officer in Beijing. The rest was history.

Jihyun Park now lives in Bury, Manchester.  “I arrived in the UK with heartfelt warming “Welcome’s”. I got a refugee visa and I cried and cried.” Finally, her life begins.

In 2013, the UK rejected 30 asylum applications from North Korean defector. It was the first time Park had ever heard of North Korean refugees being rejected. She went to London to give her testimony about North Korean human rights violation and violence in front of the United Nations Commissions of Inquiry in North Korea.

In June 2015, the European Alliance for Human Rights in North Korea (EAHRNK) released a report entitled, “A Case for Clarification: European Asylum Policy and North Korean Refugees.” The report says a great majority of North Korean defectors who seek asylum in European countries are encountering difficulties. In 2013, all 128 applications to the Netherlands were rejected. Another 126 rejected applications in Belgium and 19 cases in France were rejected, another five were rejected in Sweden.

Jihyun Park is now the UK’s Outreach and Project Officer at EAHRNK, which engages in research and advocacy for improving humanitarian conditions in the DPRK. Her “Phoenix” internship project is designed to support and help young North Korean refugees by providing mentoring and training as they integrate into their new countries, with the hope of “rebuilding of the North Korean state, infrastructure, and economy” in the future.

“Depriving the people of their liberty and exploiting human rights for three dictatorships in 70 years makes North Korea the worst country. At present, the dictatorship regime in North Korea is the most brutal dictatorship in the world history. North Koreans living in the 21st century are completely isolated from the outside world, without even knowing the lives of their families, their lives, and their families. The North Koreans live in dark tunnels with no electricity and go out to work from early morning to late evening during the cold winters to put one meal on the table on a daily basis. However, North Korea is also changing. Many North Koreans are working to feel this freedom. They say, there is a light at the end of the tunnel. Soon, the dictatorial regime of 70 years will collapse by the North Koreans aspiring to freedom.” says Jihyun Park.

Her husband, Kwang, is always there by her side to assure her.

“You have experienced the ordeals that North Korean women have to go through in China. You also have spent time at the detention and re-education centers in North Korea. It is our responsibility to make the rest of the world aware of the current suffering of these women. If by any chance somebody points finger at you or laughs at you, I will be the shield that protects you. It is important to inform the rest of the world about human rights of North Korean women,” he said.

In the words of Jihyun Park,

“And also I thank my eldest son who showed me how much he supported my project and my two youngest who always show me so much love with their big smile. Without their help I would not be here today; I would not have the courage to fight for the North Korean women human rights.”