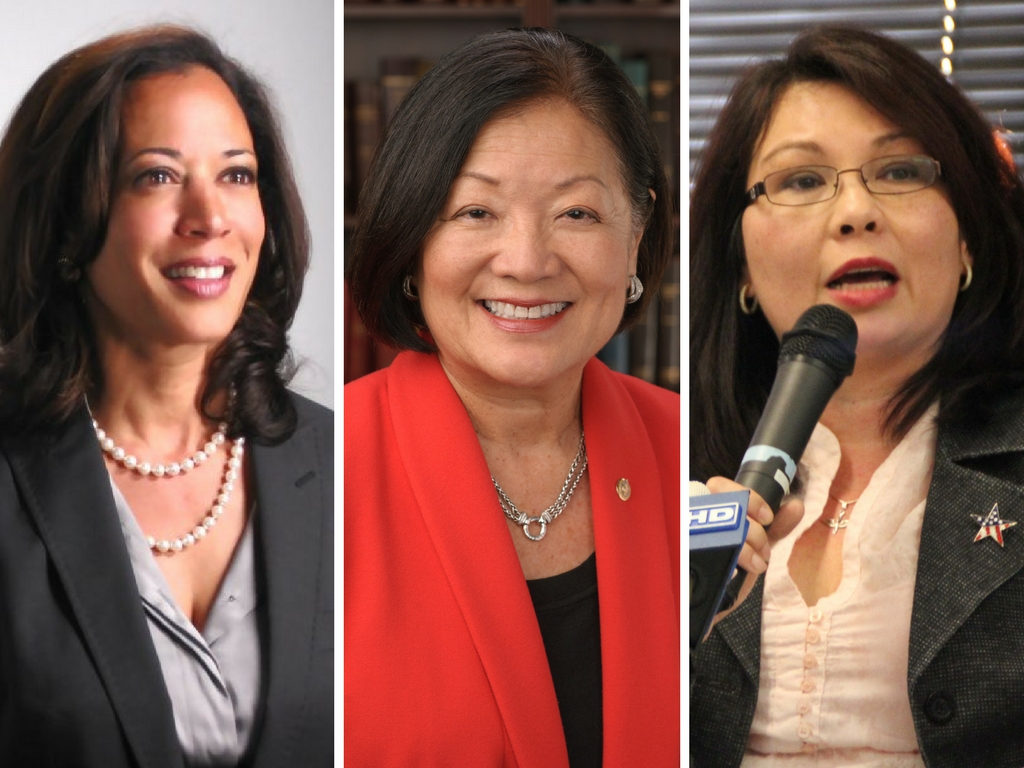 While those Americans who fall into the popular vote results of the November 2016 U.S. elections may be disappointed by what the new year brought to the White House and the next four years in the United States of America with unknown repercussions around the world, it helps to remember the seemingly smaller victories that came from Election Day 2016.

Those who serve in Congress play a vital role on how Americans’ daily lives play out as it is really where much of the decisions that affect our lives are made. As we know, former President Obama struggled for much of the past eight years due to Congress’s ability to prevent bills from being passed that may have improved the lives of Americans. Now, with a strong Republican majority in both parts of Congress, we need more voices and active representation to bring balance with the hope that positive actions will be moved forward.

The Asian-American representation in the national government branches has slowly been increasing over the years. Last year was no exception. Although we have had a number of Asian-American men serving in the U.S. Senate over the past half century, the women have been a bit harder to find.

One of the trailblazers is Mazie Hirono who paved the way as the first Asian-American woman to be elected to the Senate as the Democrat seat from Hawaii in 2012. Japan-born Hirono fled with her mother and an older brother to America in hopes of a better life. Working hard from elementary school on, Hirono made it through university and law school with a determination to give back to her community. In 1980 Hirono ran for a seat in the Hawaii state legislation and moved up in the local government. She then moved on to serve in Congress first as a representative in the House with a later move to the Senate.

While being in the Senate, Mazie Hirono has consistently voted liberally on social issues related to immigration, women’s choices, gun control, education and so on. However, it seems that although she is serving as a strong advocate for her home state of Hawai’i, Hirono still has yet to make a significant impact in the U.S. government. She serves on a number of committees within Congress, but we are still waiting to see what Hirono will mark as her greatest achievement while serving on Capitol Hill.

Perhaps, providing Hirono some support and fellow fighters with the 2016 new record for female Asian-Americans in Congress – especially the Senate – will make it easier to see results or at least pave the way for significant changes.

One of these distinguished ladies is Tammy Duckworth recently elected as the Illinois State Democratic Senator after serving in the House of Representatives since 2013. Born in Thailand, Duckworth is a veteran Army helicopter pilot who was injured during active duty in 2004. Her political life began after her return from the Iraq war where she became an activist for veterans to have better programming to treat PTSD, screening for brain injury as well as helping prevent veterans from becoming homeless upon their return from service.

Already, Duckworth has been recognized for her efforts and continued fight for post-war veteran support by the White House. President Obama appointed her as the assistant secretary in the U.S. Department of Veterans Affair in 2009. Despite her injuries and challenges, Duckworth has not let anything keep her down in her efforts to make a difference in the policies and programs implemented for Army veterans.

It seems that Tammy Duckworth is well-prepared for what it will take to bring some balance to the heavily conservative Senate when she finds the battle-worthy issue on the Hill.

Another lady ready to take on the challenge is newly elected Senator, Kamala Harris. Coming from Oakland, California, Harris falls under the category of Asian and African-American with her Indian and Jamaican background and won the California Democrat seat as the first Indian-American and second black woman to be voted in. As a lawyer for 20 years, she worked as a District Attorney in San Francisco protecting victims of violent crimes. Using her experience as a DA, Harris spent five years serving as the California State’s Attorney General. She focused on human rights issues, immigrant reform, environmental protection law and was a voice for the “vulnerable and voiceless”.

Quickly gaining recognition, Kamala Harris spoke at the Democratic National Convention and was well-supported by the Obama White House despite never having held a formal political position. Perhaps this will be to her benefit. With the support of her parents and sister, who was a senior policy advisor to Hillary Clinton, Harris knows what to expect and how to face the challenges.

Although January 20, 2017 looked like a bleak day for many in the United States, there has still been hope and excitement at what women like these three have the possibility of achieving as Senators in Congress. The past couple of months have shown us how reckless the White House can be and what the checks and balances look like, all in a very dramatic way. The women in this article can impact the decisions that may have rippling effects around the world. At least, they are paving the way for more minority women to be seen, heard and valued.