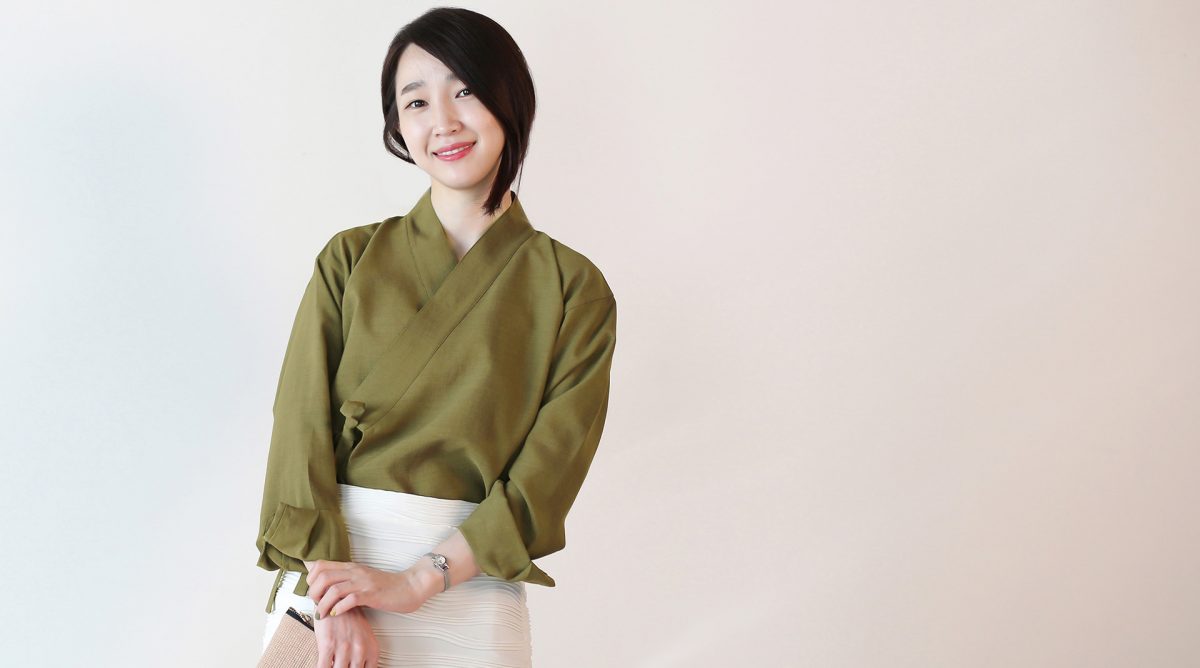 It’s been almost two decades since Asian girls learned about ‘Fashion Week’ from the American drama Sex & the City. Now the megacities of Asia boast their own fashion weeks and Angelica Cheung, the editor in chief of China Vogue, may be the next generation’s Anna Wintour. The rising power of Asian consumers has raised the caliber of Asian fashion designers. In a natural return, Asian designers now get inspiration from their own heritage, not just from Victorian London or Flappers’ New York that seemed like the norm of the high fashion world.

An economist, Denica Flesch found out that craftsmanship in Indonesia is on the verge of extinction even though it is the second largest industry in terms of employment. The young generation simply doesn’t want to spend life in a rural workshop, copying the same tacky design over and over again only to benefit the middlemen. At the same time, fashion-savvy city women like Denica herself couldn’t find great quality handcraft clothing. Seeing the gap between supply and demand, Denica did what a great economist would do: started her own business.

SukkhaCitta creates timeless essential items with urban lifestyle in mind. The fabric comes from artisan communities in rural Indonesia. Jlamprang Village is an example that grows indigo, whose leaves make natural blue dye, on Java Island. By buying SukkhaCitta clothes, you can make a tangible impact for the artisans in faraway villages: contributing to their economic wellbeing, cultural preservation, and sustainable industry practices. #MADERIGHT

SukkhaCitta also helps the artisans, mostly women, to make more profitable fabric by teaching them traditional skills like Batik. Batik is an ancient textile pigmentation technic originating from Java Island. It’s globally esteemed as a UNESCO cultural heritage. With hand-painted batik patterns, “just like you, each is unique and in these imperfections a connection between us and the artisan is felt.” And that natural indigo color looks great on you, darling.

What do you imagine when you hear ‘Hijabi Fashion’? In the West, it sounds like part of activism. From the Middle East, it oozes luxury with the air of precious Oud perfume. How about in South East Asia? It’s just a part of the daily life of K-pop loving, Bubble Tea-drinking sassy girls. It’s about time to have a star brand like Uniqlo and Zara in the world of modest fashion: fun, contemporary and approachable. Mimpikita of Malaysia may be the one.

Mimpikita was founded in 2008 by three sisters from Kuala Lumpur: Nurul Afidah Zulkifli, Fatimah Ani Syahira Zulkifli and Amirah Hanis. None of the sisters had formal education or training in fashion. Nurul got a master’s degree in engineering in Austalia. They were just smart city girls who wanted to wear local clothes, suitable for their identity and reasonably priced.

Mimpikita clothes show the sisters’ style: the laid-back character with an emphasis on classic cuts and simple silhouettes. The sisters didn’t intend to be the torch bearers of modest fashion. Some models wear hijab, some don’t. Maybe that’s what the world has been waiting for. Mimpikita debuted in 2016 S/S London Fashion Week. It participated in Singapore Modest Fashion Weekend 2017. This season, it reinterprets the traditional patterns of Marrakesh, Morocco. Now you can see how hijabi fashion brand uses exotic motifs in the world, not being used as one.

For every conscious fashion designer who wants to reinterpret traditional attire, there’s a fine line between ‘owning it’ and ‘being costumey.’ Hong Kong brand Shanghai Tang has done a marvelous job with the Cheongsam. I expect to find some clever brand doing the same with the Kimono. With Korea’s Hanbok, designer Lee Young-Hee has been the fairy godmother dressing up Korean actresses with her classy-as-heaven Hanboks. Her dresses are dreamy enough to work on Paris Fashion Week (Fact: they did) and suitably modern to strut on the streets of Seoul. But there’s something unapproachable about them (Answer: price).

Girls in Seoul know how to reinterpret the Hanbok themselves, without the help of poised godmothers. It’s not unusual for teenagers or 20-something Korean girls to wear Hanboks (usually rented, sometimes tailored by themselves) and take selfies in old palaces. Considering all the lovely pictures on Instagram, they know how to play with the colors and fabrics of the Hanbok, unburdened by a sense of collective responsibility to ‘revive’ the tradition.

Leesle is the brand for those girls. Designer Hwang Yi-seul makes a navy blue coatdress with a Y-shaped white collar and slight side knot, paired with skinny jeans. Its design is modern and casual, but still undeniably Hanbok. True to her love of tradition, Hwang set the company HQ in Jeonju, an ancient city famous for traditional lifestyle. Love and pride, that’s how Leesle dresses modern princesses.

Born in Bangkok, Thailand, and heiress to the late Lamyong Boonyarataphan, founder of the renowned Rapee Institute of Fashion, Pichitra Boonyarataphan pioneered the Thai fashion industry and has worked with the queen dowager of Thailand on several occasions. She studied in Lausanne, Switzerland, and then in Paris, before presenting fashion shows across Europe: from France to Italy, and to the Netherlands.

Well, it doesn’t sound unique: priveleged heiress from Asia, studying in a finishing school in Switzerland, choosing a career in fashion, and presenting high-end shows in Europe before her homecoming. Her design is sophisticated and confident, but her story might be boring. Now check this out.

Late March 2017, on a beach in Si Kao, a coastal district of Thailand, her Atelier Pichita debuted a fashion collection dedicated to the fabric craft skills of Southern Thailand. Locally produced silks and hill tribe patterns never looked so chic. BK Magazine said, “With her brand approaching 40, it feels like Pichitra’s work—driven by quality fabrics and a conscientious approach to the craftspeople who produce them—has never been more relevant.”

One may assume it is a clever marketing tactic to replace “luxury” with “artisan” and “local”. It’s safer to assume, however, that she’s past that ‘eager-to-please’ stage of a young label. “It’s commonly thought that Thai silk only suits boring, custom-made dresses in a single color or pattern,” says Pichitra, now aged 63. “That style has long been a hit for public school teachers and middle-aged women working in official positions, but here at Pichita, it’s not. I pick up on the exotic characteristics of Thai fabric and put them together to invent something cutting-edge.” Brava, ma’am, brava.

Western designers try to please the Asian fashionistas by slapping dragons and lotuses on any conceivable items as well, but sometimes it falls flat as in the infamous Met Gala’s Chinese themed costume party. No wonder. Fashion, as other facets of history, has grown organically from culture, nature, and the physical shape of women and men. Cheongsam, Hanbok, and Kimono all reflect the history and body type of Asian women. It’s easy to expect Asian designers to understand this heritage better for they are part of it. The desiners who express their culture while keeping it global and contemporary may end up reshaping the fashion world beyond Asia.