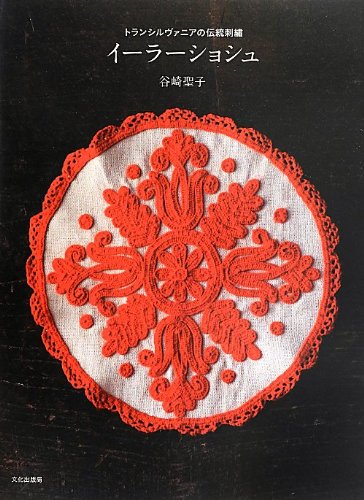 My first step abroad was choosing Hungarian as my major at Osaka University. I still cannot remember any tangible reason to study such a minor language. I was born in Miyazaki, on the island of Kyushu in Japan, and had no connection to Hungary whatsoever. I may say that I was very curious to see the hidden side of Europe, the eastern Europe.

During my college days, I encountered a catalog of Hungarian embroidery. I was deeply impressed to see the many kinds of folk costume, the different handicrafts they have in each region. From childhood, I was familiar with sewing thanks to my mother. As I studied Hungarian history and culture, I realized that there are Hungarian minorities in neighboring countries as well, where people maintain their tradition more than in Hungary. The largest community is in Transylvania, a historical region in the middle of Romania.

In 1999, I visited Transylvania for the first time. The international train named “Ady Endre” brought me there. Dramatic landscapes surrounded by forest, lovely small villages and local people with warm hospitality. The whole country looked like it came straight from a fairy tale. The following autumn I knocked on the door of Babeș-Bolyai University in Cluj-Napoca, the oldest university in Romania. There I learned about Hungarian ethnography, got to know researchers and a lot of friends, even my future partner! Fortunately, I also succeeded in getting a two-years scholarship in Budapest after graduation.

After my stay in Hungary, I was blessed with a new life. My son Balázs-Taiki was born in Sfântu Gheorghe in Transylvania. At the time we decided to move to my hometown, Miyazaki. After 3 years, we returned to Transylvania. My husband is a real “local-patriot” and the only son of my mother-in-law.

Coming back to Transylvania to settle was a turning point for my family. Romania had changed in the past 3 years. It has become a member of the EU and globalization has reached the peaceful, remote country. We were in a different situation, no longer students. My son started going to kindergarten, where I felt really at home with sweet children and a friendly teacher. I was willing to help the teacher to bring the children outside, teach them singing in Japanese or making papercraft origami. I opened a web shop of European vintage fabrics at the same time, and started writing a blog to introduce our life in Transylvania: “A door to Transylvania”.

After a while, my husband and I began to research textile arts in local villages. We discovered that women still sewed traditional cross-stitch patterns in a small village named Árapatak (Romanian Araci). We tried to collect them, to take pictures, and to listen to the stories behind them. We noticed that the village was in a state of near-collapse. When we visited, most local people had left their village and public safety was not as before. In the autumn of 2010, we organized an exhibition, “Golden hands of women at Árapatak,” at The Székely National Museum, which represents the largest Hungarian public collection outside of Hungary.

The next direction was Kalotaszeg (Romanian Țara Călatei), a quiet rural region and stronghold of old Transylvanian Hungarian folk traditions. It is also a special place for those who love handicrafts. Old women keep their trousseau, a sort of bridal outfit (or dowry), that they inherited from their ancestors. Every Sunday, they wear gorgeous embroidered costumes to go to church.

We visited frequently by local train, sometimes on foot or hitchhiking. We used to take our son there, hoping that he’d value the old works and the people who produced everything they needed by themselves. We met charming old women who showed us the secret of their embroidery, told us exciting stories, and treated us to tasty homemade dishes and cakes.

Vozsi néni(aunt) is the last pattern-maker in Magyarvalko. She showed us the old pattern of embroidery and told us interesting stories about the village. Anna néni is the active person in the Kispetri village, playing the pipe organ in church and drawing her own original patterns. Kati néni from the Bogártelke village keeps a room of perfectly preserved trousseau, her love of her collection and sparkling beadwork influenced me to make my book.

Írásos is a unique embroidery of Kalotaszeg. The wide stitch, like a cord, draws lively lines, forming decorative patterns such as tulips and roses, leaves and birds. I was fascinated by the beauty of patterns and colors, but also by the local people’s love of their work. I began to hope to revive such a beautiful tradition of these women, so they would not lose it, as many traditions have been lost in Japan or western Europe.

In the summer of 2011, my first exhibition was held in Tokyo and Osaka. In the corner of a bookshop, we displayed vivid folk costumes, detailed embroidery tapestries, sparkling bead works. It was a memorable year for all Japanese people: the year when the Great East Japan Earthquake hit. I asked myself whether presenting a colorful display was right or not in such a confused situation.

In the lifeless big city, a few people came to see the glorious embroidery. Sometimes I happened to have a long talk with a visitor in the humid room (everywhere in Tokyo, air conditioning was cut to save electricity)! I deeply felt that women always desire the warmth of the handmade, they want to absorb it from artworks by nameless women who lived their whole lives in a simple village.

Fortunately, I made the acquaintance of two book editors as well. In the summer of 2013, my first book “Írásos -traditional embroidery of Transylvania (イーラーショシュ トランシルヴァニアの伝統刺繍)” was published by Bunka Publishing. Later, it was also translated into Thai.  In the autumn my next book, “Sparkling embroidery of Kalotaszeg (カロタセグのきらめく伝統刺繍)” came out in Japan with Seibundo-Shinkosha. It introduces representative embroidery of costumes, interiors, and churches of Kalotaszeg.

Last summer I had the chance to hold an exhibition in Taiwan. It was a new attempt with a Japanese illustrator, Eri Takenaga. Her cheerful illustration works of Kalotaszeg`s costumes and women were lined up in harmony with my collections. I had two workshops of írásos and a guided tour at the opening ceremony. It led to another book of mine this summer, “The Exquisite of Embroidery of Transylvania (外西凡尼亞的美麗刺繡)”. which is published by a Taiwanese publisher(萬貳文化出版) in Chinese and in English.

I see how this embroidery has been a part of women’s lives, and how people desire this kind of traditional creativity even if they live comfortable modern lives. The artworks of Transylvanian women move our hearts over time and across borders.