What You Should be Reading This Summer 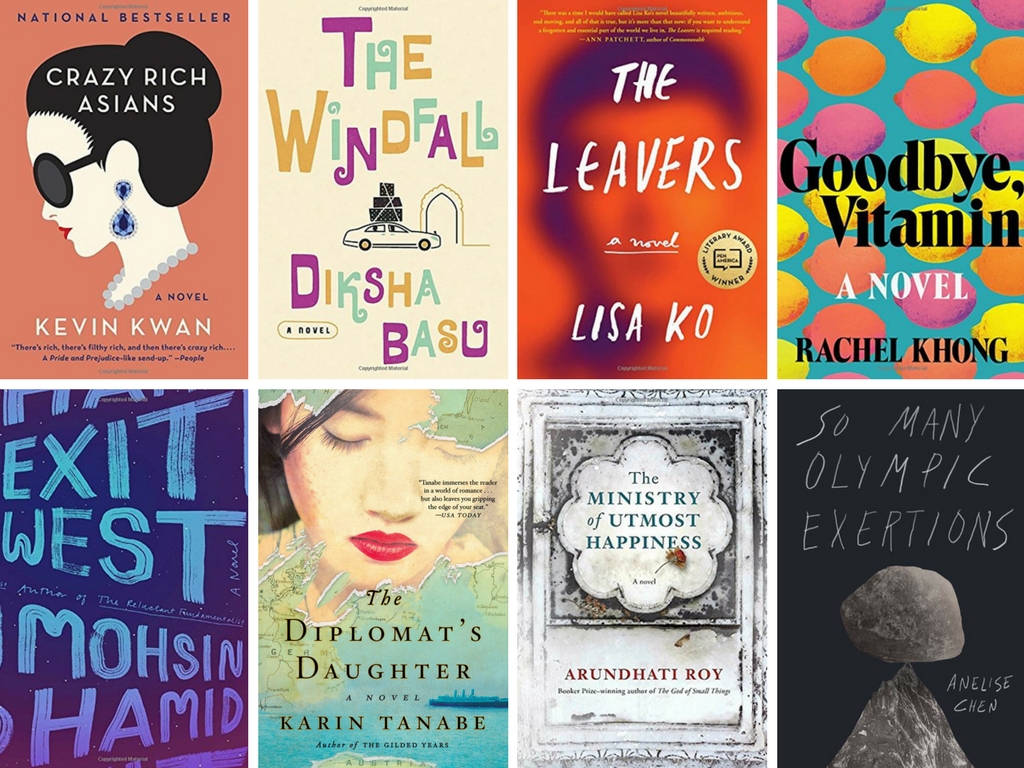 There are so many things to love about summer: the warm weather, the longer days, spending time at the beach or the pool with family and friends. Whether you’re simply relaxing in the extra sun after work or are planning an unforgettable holiday, here are some books we think will make the perfect summer reads. 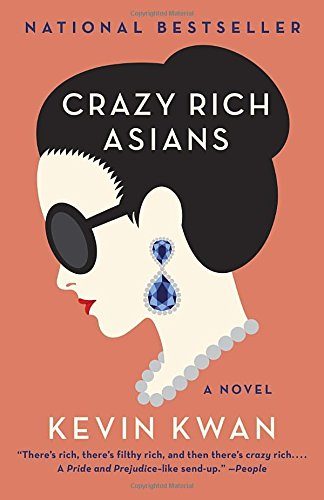 In this first book of Kevin Kwan’s wildly popular trilogy, we meet Rachel Chu. She thought she was just going to Singapore to meet her boyfriend Nick’s family and spend some time exploring the island. Instead, she finds herself thrust into the world of the Singaporean elite, where Nick just happens to be one of Asia’s most eligible bachelors. She rubs shoulders with it girls and socialites and squares off with Nick’s formidable and opinionated mother. Crazy Rich Asians pulls back the curtain on the clash between old money and new money, Mainland Chinese and Overseas Chinese and offers a fantastically entertaining look at what it’s like to be young and crazily rich.

Two more delicious reasons to pick up this one: Not only should you get familiar with the story before the film adaptation by director John Chu comes out, but we’ll be sharing a whole review on it next month. 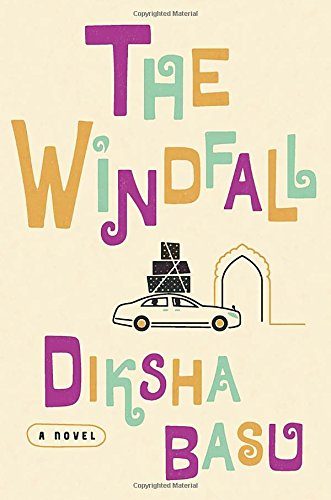 Mr. and Mrs. Jha’s lives are distinctly middle class: cramped East Dheli apartment, neighborly gossip, and a love gone stagnant after years of marriage. Their greatest pride is their son’s acceptance into an American business school.

So when Mr. Jha sells his business for an unexpected and massive sum of money, the family eagerly moves into one of Dheli’s most prestigious neighborhoods. They suddenly find themselves navigating the world of hired guards, unrestrained shopping, and luxury cars. But rather than solving all their problems, the Jha’s new money reveals a whole new set of complications. Mr. and Mrs. Jha discover new fractures in their marriage and the truth about their friends, while their son struggles to conceal his slipping grades and romantic escapades. A story about discovering what really matters most, The Windfall

is a vibrant and joyously written tale life in of modern day India. 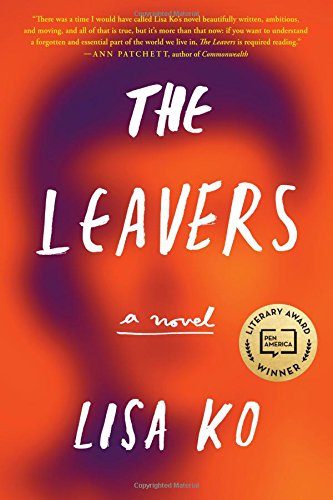 A powerful debut novel and winner of the 2016 PEN/Bellweather Prize for fiction, The Leavers

is a story about belonging, about a boy coming into his own when he has nothing left, and about a mother learning to live with her past mistakes.

Deming Guo is eleven when his mother, an undocumented Chinese immigrant, goes off to work at her nail salon job and never comes back. With no one left to take care of him, Deming is eventually adopted by two white college professors. Now living in a small town under the new name “Daniel Wilkinson,” Deming struggles to reconcile his memories of his mother and past with his new “All-American” lifestyle. 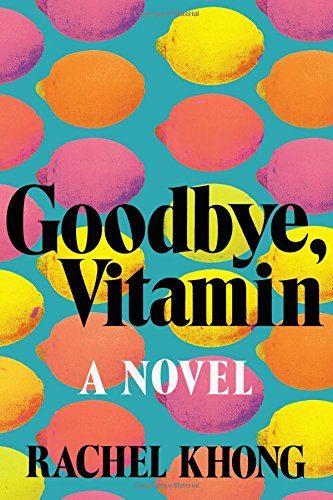 Ruth’s life is definitely not going according to plan. After breaking off her engagement and quitting her job, she moves back to her parents’ home to help care for her father. Once a brilliant and well-respected history professor, Ruth’s father Howard has just been diagnosed with Alzheimer’s disease. As Howard struggles with his memory loss and her mother with misplaced guilt, Ruth throws herself into caretaking as a way to work through her own grief. She takes on the role of cook and Alzheimer’s researchers and, together with some of Howard’s former students, goes above and beyond to help her father.

is one of the most anticipated literary releases of the summer. It’s a truthful, funny, and complex story about love, loss, and figuring out our purpose in life. 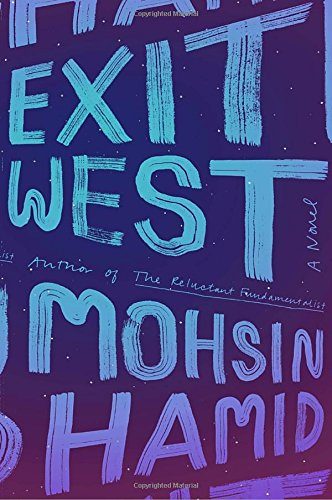 combines love, war, and magical realism to create a novel truly unique imagining of the immigrant experience.The fiercely independent Nadia and the gentle Saeed meet in a country looming on the edge of civil war. As they begin a secret love affair, unrest sweeps through the city until it explodes. Forced to navigate their way through checkpoints and attacks, Nadia and Saeed latch onto the rumor of doors that can carry people far, far away. But although they escape the violence of their homeland, Nadia and Saeed find themselves in a foreign landscape that threatens everything from their memories and their love of their very sense of who they are. 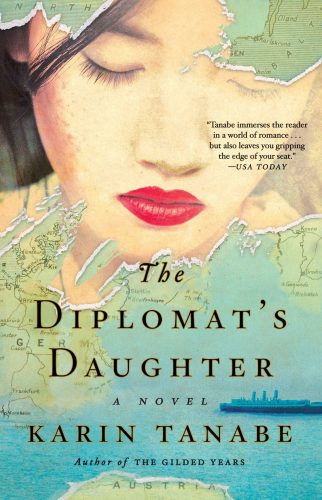 Following the 1941 bombing of Pearl Harbor, Emi Kato, the twenty-one-year old daughter of a Japanese diplomat, finds herself in an internment camp in Texas. She’s there with thousands of other families feared for being “un-American,” mainly Japanese and German Americans. In the camps, she meets Christian Lange, a young German American, and begins to fall in love despite their grim situation. When Emi and her mother are abruptly sent back to Japan, Christian enlists in the US Army in hope of reuniting with Emi on the Pacific front. Little does he know that he’s not the only young man in Emi’s heart; her first love, Leo Hartmann is a Jewish Austrian refugee struggling to survive Japanese-occupied Shanghai.The Diplomat’s Daughter

is a sweeping tale of “war, passion, and extraordinary acts of selflessness,” told through the eyes of three young people caught up in the horrors of World War II. Perfect for fans of historical dramas and the power of love.

7. The Ministry of Utmost Happiness 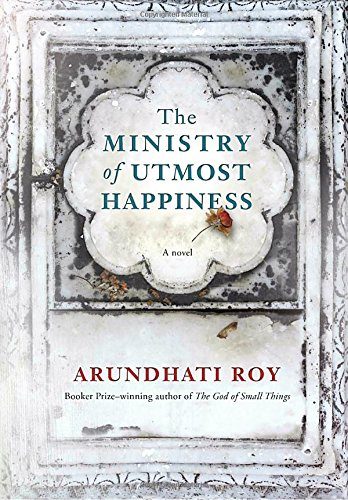 Arundhati Roy’s loyal fans have been waiting over a decade for her to release a new novel. Luckily, The Ministry of Utmost Happiness

does not disappoint, weaving together strands of complex human stories the way only Roy can.

Anjum, an individual of India’s third gender, is the center of this story. Although she lives in a city graveyard, Anjum has a charisma that draws other outcasts to her. She soon gathers a crowd of fighters, activists, orphans, low-caste Hindus and Muslims, and a host of animals. As the reader learns more of each character’s interconnected stories, it becomes clear what draws them to Anjum. They are all simply looking for a place to belong, a place where they become more than unwanted. If you like intricately crafted stories with unforgettable characters, The Ministry of Utmost Happiness

is the perfect addition to your summer reading.

8. So Many Olympic Exertions 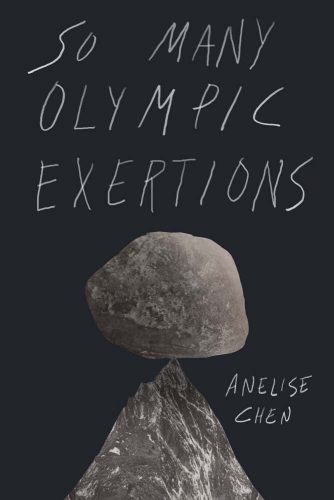 Although So Many Olympic Exertions

won’t be released until late August, it’ll definitely be worth the wait. A blend of sports writing, self-help, and memoir, early praise calls the book an “ambitious” challenge to expectations of what a novel should be.

The tale is fairly simple: graduate student Athena Chen is struggling to complete her doctoral thesis. Then she learns that her ex-boyfriend has committed suicide and her world is overtaken by fear and doubt. Told in a series of anecdotes or “notes to the self”, the novel takes readers through an examination of the unexpected and often unextraordinary moments of daily life. Using her background in sports as a lens, Athena slowly tackles life’s obstacles as she seeks to answers the life’s biggest questions: how and why do we live.