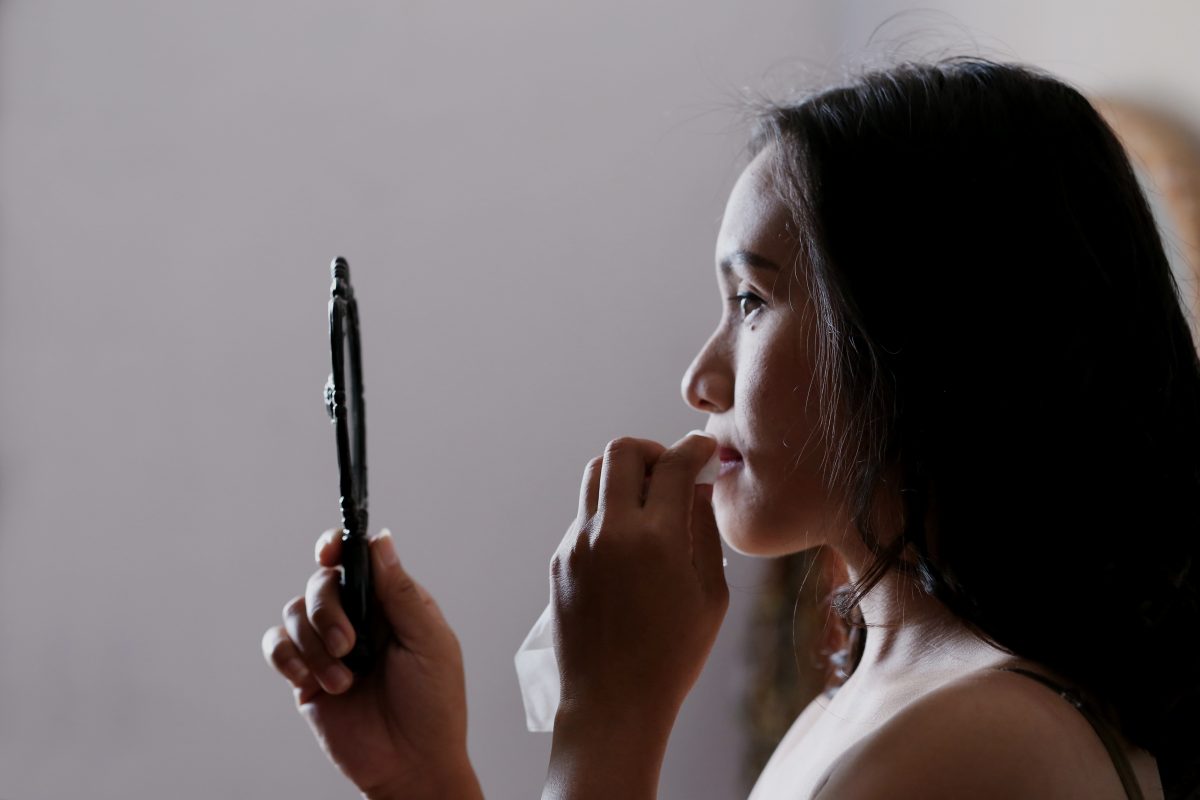 (Originally published on The Selfish Issue • Summer 2016 of Mochi Magazine)

Anyone who chooses to undergo cosmetic surgery has her personal reasons, pertaining to anything from identity to illness. A common assumption is that all women—particularly minorities—who choose to make a physical change are doing so to look more Westernized. Though valid for some, it is not always the case.

Based on culture, women have their own images of what idealized beauty is—and what they, in turn, want to achieve. For instance, in Asia, “dark skin marked one as a laborer, as a person who toiled in the fields as opposed to one who lived a more sheltered and privileged existence indoors,” writes Trina Jones in her essay on “The Significance of Skin Color in Asian and Asian-American Communities: Initial Reflections.” These preconceived notions make paleness much more desirable than dark skin in some eyes, and not because it supposedly makes one look more Caucasian.

Similarly, the popular blepharoplasty, or double eyelid surgery, is not always done based on Caucasian influence. Take Crystal, a master’s student at the University of California Los Angeles, for example. Last December, she underwent the surgery to make her eyes appear larger, inspired by the aspirational Asian women she saw in Japanese fashion magazines as opposed to the women she saw in periodicals like Seventeen.

“Seeing these girls, I finally see Asian women who are representative of me,” Crystal, 25, says. From her early teens until her mid-twenties, Crystal would follow the magazines’ tutorials on how to make her mono-lids look like double eyelids, applying makeup to resemble her Japanese, or J-Pop, idols. The tedious amount of time it took, however, prompted her to get the procedure done. “I didn’t want it to look huge and unnatural,” Crystal explains. “I wanted an Asian-looking crease.”

“The biggest misconception is that Asian American women want to look more Westernized,” Michelle Chan, a 23-year old Chinese American student at the ArtCenter College of Design in Los Angeles, says. She personally chooses not to get cosmetic surgery but is open to her friends and others getting it done.

A student at the University of Richmond, Jenny Faust, a 23-year-old Korean American student, has always been surrounded by Caucasian friends. That environment combined with her aunt and mom’s push for her to get a nose job has not influenced Faust to go ahead with the surgery.

“I feel like in America you can look like this and that,” says Faust. “Korea has one ideal beauty and they just strive toward that. Maybe if I was under pressure or living in Korea or was around a lot of Asians, then I would want it more.”

Regardless of the type of cultural influence, women are pressured to conform to what society deems beautiful, then judged if they try to make a change. “Any person who gets cosmetic surgery often times are pathologized for not being attractive, but if they do get cosmetic surgery to try to be more attractive then they are also more judged for that,” says Miliann Kang, a University of Massachusetts Amherst professor in Women, Gender, and Sexuality Studies. “It can be very confusing for young people to try to negotiate this.”

The ability to accept who you are is as important as the ability to choose cosmetic surgery without being judged. “I don’t really even need to spend my money on my features because I’m perfectly fine with what I have,” Chan says. “And I don’t feel insecure by how I look.” But Chan recognizes that not everyone feels the same way and is more concerned with “the person’s well-being than the surgery,” if a friend chooses to go under the knife.

Chan’s emphasis on well-being is an integral part of accepting oneself, with or without surgery. In order to facilitate more confidence and acceptance, an open dialogue about beauty standards and cosmetic surgery is necessary. There is no reason to be ashamed of wanting change—“There is very real pressure to improve people’s appearances and people aren’t crazy or self-hating to want to do that,” Kang says—but being able to talk about those insecurities could be a road to self-acceptance.

“If I can help other women, it makes me feel good,” Crystal says of the public discussion she hopes to accomplish by talking about her own experiences. “Make it so you want to educate other women about what it’s like. For most people, they just see the surface.”

April Magazine shares the contents of awesome Asian media projects to promote more voices of Asian women. If you know great projects in your city, let us know.