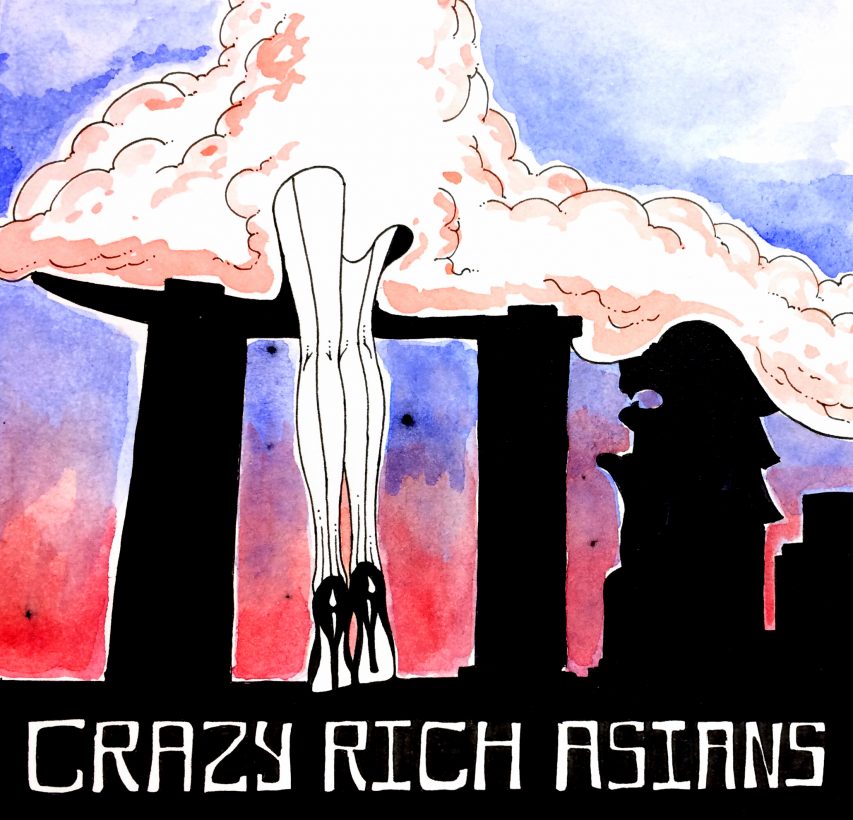 “You never told me you lived in a palace.”

“Nick, where I come from, this is a palace,” Rachel said.

Rachel Chu is doing pretty well for herself. She’s a Stanford-educated economics professor living comfortably in New York with her professor boyfriend Nicholas Young. As far as Rachel is concerned, her biggest problem is getting her mom off her back about when she and Nick are getting married. So when Nick asks her to go home with him to Singapore for his best friend’s wedding and to meet his family, Rachel is expecting nothing more than a simple, fun vacation.

Little does Rachel realize that the Youngs don’t do simple. In fact, they are one of the richest and most powerful families in Singapore, which makes Nick one of the most eligible bachelors in all of Asia. There’s just one little problem: Nick’s never told Rachel any of this.

So Rachel finds herself more than a little unprepared for what she finds waiting for them in Singapore: lavish lifestyles, decadent food, and ancient traditions. Between the jealous girls of Nick’s past and the formidable woman that is his mother, it’s a wonder if Rachel will survive this trip at all.

I can think of only one way to describe this novel: Gossip Girl meets Jane Austen’s Emma meets modern Singaporean high society. If you want a peek into the lifestyles of the rich and famous, look no further than Kevin Kwan’s Crazy Rich Asians. Through the eyes of a disbelieving Rachel, readers will find themselves in a world of ornate and glittering buildings, perfectly curated wardrobes, and breathtaking landscapes. You’ll sit at the best tables in the best restaurants, have servants at your back and call, and learn what it’s like when price tags have no meaning.

If this is the kind of lifestyle that intrigues you, I can almost guarantee that you will like this novel. For me, however, I found a lot of the book dragged on a bit tediously. Once I got over the initial awe of Nick and his family’s opulent lifestyle, I found I didn’t need the continuing descriptions of excessive wealth and high life. And while I know quite a few people will actually disagree with me on this point, I personally think I would have enjoyed the novel far better if it had been about two hundred pages shorter.

That being said, one thing you cannot say about Crazy Rich Asians is that it paints a one-dimensional portrait of Singaporean high society. On the contrary, Kwan makes it very clear that monetary wealth doesn’t necessarily translate over into other areas of life. We see that money can’t buy happy or easy relationships and that money doesn’t necessarily bring a family closer together. We see that none of the characters have truly “perfect” lives, no matter what they would have the rest of the world think.

Kwan also deserves heaps of praise for creating Rachel, our main character. This may sound like a weird reason to love a character, but for most of the novel, Rachel is a bit of a blank slate. By this I mean, as readers we know a bit about her relationship with her mother and her life in New York, but that’s it. The chapters narrated from her perspective aren’t overly colored with personality and what that really allows the reader is the ability to picture themselves in Rachel’s shoes. How would we feel if we were suddenly thrown into a world of billionaires, balls, and bespoke wardrobes? How would we feel about flying halfway around the world to meet our significant other’s family and friends? I personally found this to be a very effective technique and this is probably why Rachel’s chapters are my favorite, because her thoughts and reactions seem so very much like my own.

Of course, once Rachel has started to learn more about Nick, we as readers start to learn more about her. We learn about her values and what she holds dear. And just when we think we know how the novel is going to end, Kwan darts in with a stroke of dramatic genius and knocks us off our feet with a plot twist that I, for one, didn’t see coming.

So if you’re looking for a tale of glitz and glamour with a touch of heart, or even if you’re just prepping for the movie, I think Crazy Rich Asians is one entertaining read.

About the Author: Kevin Kwan

Kevin Kwan was born in Singapore to a Chinese family and later moved to the United States at age 11. Crazy Rich Asians is based on Kwan’s own memories of growing up in Singapore, where his great-grandfather was a founder of the country’s oldest banking corporation. When Kwan first published Crazy Rich Asians in 2013, the book quickly became an international bestseller. It has since been translated into over 12 languages and the film adaptation, directed by Jon M. Chu, is currently in production.