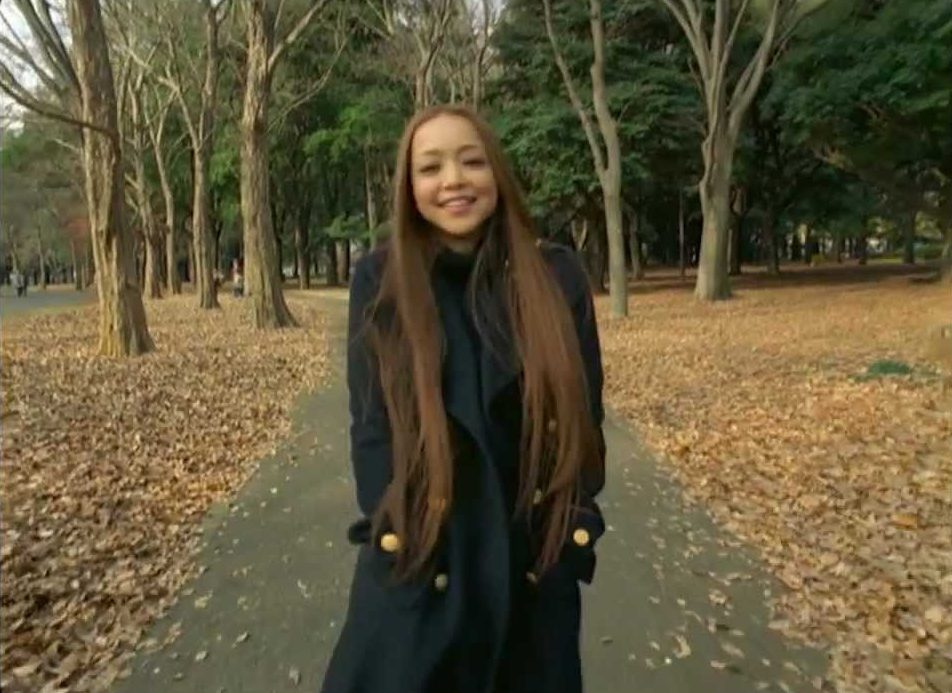 The vacation is over. It’s time to get back to work. What you need are a fiery lipstick, a sleek business suit, and a playlist to pump up your energy. We got you covered with the last one.

Amuro Namie has reigned as the dancing queen of Japan for more than two decades, but don’t forget that her vocal is solid as well. Her ballad “Can You Celebrate” still is the most sold single by a female singer in Japan. This pop ballad from her 2007 album ‘Play’ is like a confident valedictorian’s message to awestruck juniors, telling them that they may see their ex on the street years after a breakup, but somehow it’ll be ok. In the autumn-themed music video, Amuro walks straight, with head held high and a firm smile on her face. It’s a reassuring listen for your commute. (Lyrics here)

Dust My Shoulders Off by Jane Zhang

Jane Zhang entered the spotlight when she came third in the 2005 Super Girl, a singing contest in China that had more than 400 million viewers for the final. She has the vocals to hit the highest humanly-possible pitch, thus the nickname dolphin princess, but the technique is not the point of this song. With reserved resilience and a laid back tune like India Arie in “Video”, Jane sings how life goes on through all the petty storms of daily life. This breezy song shot up to #8 on the US iTunes chart, among the thumping hip hop and electronic tunes. A perfect example of a less volatile, but very powerful, anthem.

Korean pop music, with all the girl groups and boy bands, is not known to celebrate female sexuality for females. Brown Eyed Girls is too mature to call a girl group, but its member Gain stepped up in her second solo album ‘Talk About S’, to show girls how to express sensual pleasure in an ever-so positive way. With lyrics like, ‘My hand held by yours is pretty, the lips that call you are pretty’, the song is about a woman’s ‘blossom’ from her own point of view. Speaking of a woman’s view, how many times have you seen an Asian female singer making love to herself? (Lyrics here)

Cattski has run her band from the days when the music scene of Cebu, Phillippines was filled with male grunge bands. Now she also runs her own indie record label, 22 Tango Records, with about 10 artists under its belt. She knows what she’s doing and her honesty is evident in her latest album, ‘Zero’, in the way only a confident person can be. In this pop rock number, she sings she feels ‘braver now to face my demons’ and ‘ready to live my truth.’ Listen to it when you want to make terms with yourself. Getting back to work, you’ll need it from week one.

Malaysian sensation Yuna was first noticed by fans on MySpace. It’s the music industry equivalent of ‘a supermodel discovered on the street market’. The first single of her first international debut album in 2012 was produced by Pharrell Williams. Her latest album ‘Chapters’ made it to Billboard’s top 10 Best R&B Albums of 2016. In this song from her second international album, ‘Nocturnal,’ she sings about girls who get stronger through struggles, girls who don’t need rescuing. She’s surrounded by flowers on the album cover and her voice is fresh and delicate, but with strength like sunshine. It’s a song to sing to yourself while looking in the mirror, walking through an indifferent city, or cleaning your room.

You wouldn’t imagine Japanese singers to be prim when you see the over-sexual subculture of the country. It’s hard, however, to find a female singer who applies a healthy dose of sexuality in Japan. Koda Kumi is one of a kind. Having relied on her vocal only, which is top notch, she put a provocative image front and center from 2003. She’s sexy in a way that’s dominating the stage, not consumed by it. In this song, she invites you to explore, well, taboos, and the music video shows homosexual pleasure. Combined with her powerful vocal, the song doesn’t get perverted or repressed. It’s curious and upbeat, like a good, sexy, fun time. (Lyrics here)

Korean girl groups are finally starting to show a fierce persona these days, with bands like BlackPink and miss A, getting out of the cute-or-sexy dichotomy. The pioneer of fierce girls, however, was 2NE1 hands down. They were not unexceptionally pretty in the traditional sense, but each member had a unique style ahead of their time. From vocals to rap to dance moves, they were undeniably talented, but with genuine grit. The epitome is this song, with a music video boasting almost 200 million views on Youtube. When you have to power through the night before a due date or a final exam, fill your headphones with this song and feel like a conqueror. (Lyrics here)