Nobody can call ‘dibs’ on beauty standards 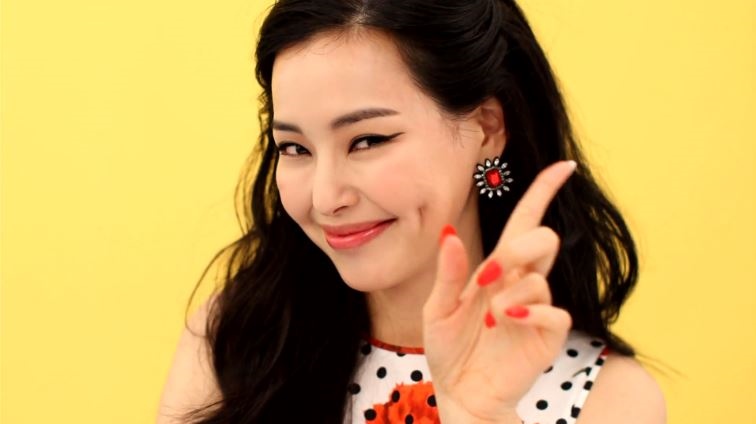 On a blazing hot day in Southern California, my friends and I strolled down a pathway surrounded by stores such as the pink-decorated Victoria’s Secret and See’s Candies, where chocolates galore. As we walked in Urban Outfitters, I stared in shock as the first thing I saw was a makeup section filled with not just any facial masks, but “TonyMoly” masks. ‘What’s a Korean brand doing here?’ I thought. All-American trendy store Urban Outfitters is promoting a Korean beauty brand? Since when?

In fact, since 2015, Korean cosmetic exports have increased by 34.5% and a majority of demands came from the United States and Europe. Every major fashion magazine has talked about Korean skin care regime and quirky Asian cosmetic packaging.

I scowled because they remind me of the times where people used to make fun of me for “trying to be white” by using brightening masks of Asian cosmetic brands. When I look back to the past, I associated being Asian as something that was uncool. Now here I am, on the shop front, looking at the same faces who used to judge me investing in the formerly “lame” Asian products.

For so long in my memory, only the people of European descent have called themselves beauty-trend setters, presuming that everyone (including me) is “trying to look like them”. Many Asian American women did accept European or white American beauty standard as their own, imitating the makeup of European models and even changing their skin tone and hair color to look more ‘western.’ It’s hard to blame them.

In the US, you don’t see many Asians in mainstream media, and magazines don’t talk about makeup tips for Asian features. Fancy department stores are filled with European and American cosmetic brands, with a couple of exceptions like Shiseido and Shu Uemura. You feel proud putting on Chanel lipstick and Guerlain perfume. Asian cosmetics? Hide it in your drawer. Until several years ago, at least. Even the rise of Korean beauty brands in the US has a ring of the belief that in order for any brand to gain popularity, there must be a “seal of approval” from white Americans.

That approval doesn’t come easy. Look at Hollywood. It was 1922 when American film showcased the first Asian American female Face. Anna May Wong was a third generation Chinese American who starred in a full-colored silent film, The Toll of the Sea. She was lauded for her “exotic beauty” and seen as “foreign” eye-candy. Yet she couldn’t even get Asian character roles when the character really mattered, as when MGM gave the role of Chinese character O-Lan in The Good Earth to white actress Luise Rainer over her.

Where did Americans get their standard in the first place? During Wong’s period, Max Factor was a dominant name in the beauty industry. He, who made the term ‘make-up,’ was a Polish immigrant. American ‘Gibson Girl’ in early 20th century was an ideal image of Caucasian beauty, a modern version of European upper-class girl. American beauty standard was the outcome of cultural exchange with other European nations, naturally following the European immigrants. Though immigration from non-European countries has increased, the same cultural exchange didn’t happen again.

Even when you see all the variety of ethnicity and faces around you, white Americans have been the dominant demographic catered to when it comes to beauty products. Like the beauty standard based on European one is set for good. Like the beauty concerns of those who do not fit into the mold don’t matter. I cannot count how many times that I walked out of a Sephora store empty handed because they couldn’t find a foundation color for me.

Of course, European or white American beauty standard cannot claim a monopoly because each country, each culture has its own standard influenced by cultural exchanges with other nations in the past. You just need to look for it harder.

My personal dilemma of not being able to find compatible products for my skin type inspired me to look elsewhere from ‘traditional’ western brand as I ended up buying the TonyMoly mask. When I first tried it, I had expected to break out in pimples.

Surprisingly, my skin ended up feeling smoother and the next day and I had no acne. Later I learned that “TonyMoly” had already garnered popularity within Korea and other parts of Asia. In fact, many Korean skincare brands have already established themselves within its neighboring East Asian and Southeast Asian countries since 2007, 4 years before the Korean Skincare industry made its mark within the United States and Europe.

I looked into my face in awe after I had taken off the mask and came to the realization that not everyone follows the beauty trends and beauty timelines set by the United States.

I found that Korean skin care beauty products also appealed to a historical legacy of cultural exchange where trends such as fair skin were prized. Early Chinese and Japanese literary works show that fair skin along with dark hair was admired since the 12th century. These trends were exchanged with countries such as Korea and even my parents’ home country of Vietnam. In seeing the interconnectedness between the Asian beauty standards, I found that I underestimated how ingrained Asian beauty standards were despite the increasing presence of Europeans and Americans in Asia.

Even though Vietnam has a colonial legacy with France, the fair skin and dark hair beauty standards that many Vietnamese women still subscribe to date back to hundreds of years old influence of China.

How This plays Out Today

Before 2011, most Asian products were associated with reminders to myself that in the eyes of western Society, I wasn’t good enough.

However, with the recent surge of Korean products trending within stores like Urban Outfitters, magazines like Allure, and online malls like Soko Glam, I realized that I didn’t have to measure myself to the US beauty standard in the first place. Korean beauty standard is not absolute in Asia, either. All the countries, all the people have contributed in setting the bar through culture and history. Nobody can tell me I raised my hand too late.