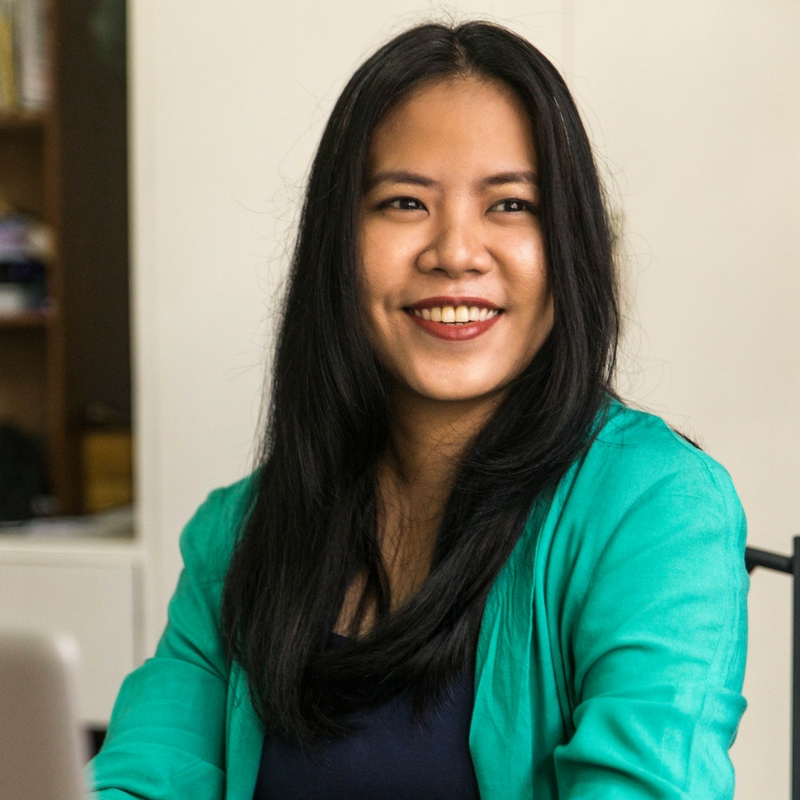 The first draft of this article sucked. The second draft wasn’t ready to see the light either. When I was about to dig the same hole a third time, my editor swooped in and helped me out. That is the life of a writer. It’s a constant struggle to make mistakes, to learn. To tell the stories and make sure that they are given life.

As a writer, you’re never perfect and you know it. Maybe that’s why I always thought that I would be an employee forever. Then I wanted to do more, be more, learn more, and earn more. Now I am about to become the CEO of my own company, Fifteenth Content.

How reading made me who I am today

When I learned my ABCs, I started to read stories. Then I told myself stories. Then I put them on paper. Like many creative writers, I began by writing fanfiction, particularly about Resident Evil video games, the Twilight series, and the moview The Covenant. It was that time in a millennial’s life when everyone loved the macabre mixed with young adult themes. I enjoyed reading about teenagers because I was one of them. I felt connected to them. I still do. At 28 years, my favorite genre is still young adult books and books for kids 8–12. If you want to try the genre, I highly recommend Rick Riordan

. Though I grab more business books these days, like a mature businesswoman.

When you ask a professional writer on how to become a better writer, the first thing they tell you is to write daily. The second thing they say is that you should read every day. Ask Stephen King

. He said it in his nonfiction book, On Writing

. Ask William Zinsser; he also said that in his book, On Writing Well

I was living the second advice, but it was not until I was 18 until I decided to follow the first advice. It was not until I was 26 until that I read the aforementioned writing books. Trust me. Those two books are a godsend for writers. However, even if you read those books end to end, there is still no substitute for the best teachers for a writer – people.

I didn’t become a professional writer straight out of college, nor do I have an academic background in creative writing, literature, or journalism. I studied in medicine, particularly physical therapy, and got the license to practice in the Philippines. Ask me about muscles, I can help you out. Tell me to draw the brachial plexus, I could do that with my eyes half-closed.

But how did a physical therapist become a full-time writer? The truth is that it was a struggle. This is especially true as a Filipina millennial. I was born at a time when the Filipino diaspora was just starting. Countrymen were leaving, hoping to find a better life abroad. My family, which is virtually a copy of every middle-class family in our country, pushed me to be one of those adventurers.

“Be a doctor. If not, be a nurse and go abroad. If not, be a physical therapist and go abroad.” You must understand that the dynamics here in our country, or maybe even the surrounding ones, force us to submit to our parents’ will. Not because we cannot survive by ourselves. Not because we are afraid to be independent. We follow their rules because we cannot disappoint them. To disappoint an Asian parent doesn’t just break a child’s heart. In many cases, it is practically telling them to disown you.

So, I followed their command – er – advice.  I studied nursing at the Notre Dame University in the Philippines, even though I was tapped for Creative Writing in a university where I really wanted to study. When my nursing failed, I stopped going to school for a while. I started to write for myself. I wrote love stories about Edward and Bella. I wrote adventures about the Ipswich Boys. Little did I know that I was practicing my craft already.

Fast forward to the end of my soul-searching period and we were back at square one. I was told, “Sure, go ahead. Study creative writing.” I finally had approval from my family but no school would accept me because I had failed the nursing course. My options were to start again as a freshman, or in my case, as an irregular student in a school that would accept me. Coincidentally, a school, San Pablo Colleges, would accept me only if I took a medical course.

That was the point where I gave up. I thought that writing was just something I would do once I was a grandmother while watching my grandkids in the garden.

Don’t get me wrong. To be a physical therapist is a reward in itself. To help people move forward from pain and suffering is a gift. It is a gift I will share when asked; however, my heart tells me that I can help others in a way that I can do best. I was a competent physical therapist, but I am driven to become a great writer.

While in school, I was on a stipend that would not allow me to indulge in the luxuries that I was used to from my parents. It filled my life with discipline and resolve. No parties, no shopping, no buffets. No buffets! I wanted to make money fast and freelance writing fell on my lap.

I started by working for someone who wanted me to organize some photos. I was paid enough that I could go out with my friends, and eat whatever I wanted. It was fun until I realized that my schoolwork was spiraling downward again. All throughout this period I alternated between writing for profit and redirecting energy into completing studies.

It was only when I met my first actual editor that I realized there is more to writing than simply words that do not mean anything to me. I always thought writing for money was just that, a paying gig. I was just repeating what other people said – not plagiarizing, mind you. But my ideas weren’t original. My words were common.

I didn’t realize that writing for someone else was supposed to be helpful to the person. No matter whom you write for, a professional writer was supposed to hone their skill continually. The words were to be beautiful and extraordinary because an individual’s unique thoughts were being placed on paper – or screen if you will. Our minds are beautiful. As writers, it is our duty to express the thoughts of us and other people in the best way humanly possible.

My editor finally let me open up and express myself in a way that made me become a better writer. I say better because I’m aiming to be one of the best. After school, I became a full-time writer.

Since then, I’ve made countless mistakes in writing, and countless corrections. I practiced every day thanks to my job and I’m still practicing. Now, I’m planning to go beyond my scope and pass on the knowledge that was given to me by my mentors.


How starting my own company is making who I become

There is a misconception that outsourced writers from the Philippines are willing to work for $.001 or even less than that. Let me correct that. There are outsourced freelancers in my country who are willing to work for less than that. It is an act of desperation, but it is also damaging to everyone who invested in becoming writers. For their hard work and money put into the best schools, they are valued below their minimum expectations. Veterans are being asked to write for peanuts, while newbies are being forced to write for less than that.

I decided to start my company to teach freelancers how to write well. The business is for general web copywriting services, with plans to expand into full digital marketing services. I don’t presume to be the best and I am not a one-woman show. I have a team that is ready to help people learn how to write well, how to do business with clients properly, and how to spread awareness about the value of the work we do. In fact, it’s not just for the writers, but also for other freelancers who have not been trained or those who want to learn to write professionally.

You cannot be a writer just because someone says, “Magaling ka naman mag English. Magwriting ka kaya?” You’re good at speaking English. Why don’t you become a writer? No. Just no. Writing is an art and a skill. It is learned. It is not a gift. Even the best writers think they are less than the dead writers that came before them. There is no hierarchy, but there is a step by step process. You try, you learn, you improve. It’s a cycle and there is no end in sight until you decide to retire.

I’m not done writing. Nor will I ever be done. I’ve come to a point where I realized that no matter how good or bad I am at writing, I will always be a writer. Luckily for me, there are teachers all over the world. Now, it’s my turn. I want to help teach others the way I was taught. Because I wouldn’t be here now, opening my own writing company, without the help of the people who believed in my potential to learn and not just my potential to write well.