Neither local Asian, nor average Australian: I’m an Asian Australian 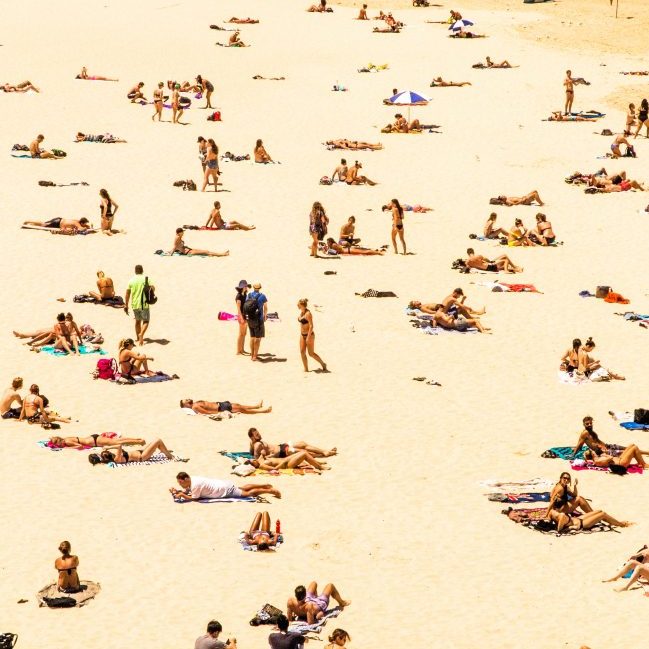 Just a few months ago I was sitting in an Uber with an older White man as a driver. The drive was good and I thought to myself that I’d surely give him a 5-star rating for his conversation and company. Until he said, “You don’t have much of an accent. For an Asian.” Stunned, I could not think of a proper comeback while he moved the conversation along and I ended up sitting there stewing in anger and shame.

On a holiday in Korea, a middle-aged Korean woman, stopped us to ask where we were from. To which my mum replied, “Australia! Hoju!” The woman shook her head, pointed to our skin and said, “No. How can Australian?”

When I last went back to Malaysia with my dyed blonde hair, my Aunty beckoned the waiter to bring me forks and knives because, “You are so Western! Cannot even speak Chinese. You must not know how to use chopsticks!”

Last year, when I was on a study exchange in Canada a frat boy even asked me, a-la-Mean Girls,  “If you’re from Australia, how come you’re Asian”?

So, here I am. Still too White to really be Asian, and still a little too Asian to really be Australian. I have felt stuck as both an Asian and an Australian. It has taken a lot of self-reflection and learning through several upsetting events and odd encounters for me to untangle the knots of my identity. A paradox that hundreds of thousands of other Asian-Australians surely feel.

Like 6,163,667 others among 24 million population in Australia, I was not born here. When I was nine, my family emigrated from Malaysia, seeking better educational and lifestyle opportunities – not an uncommon story. After a decade of living here, I feel sufficiently localized and that my Australian identity begs no question.

Unfortunately, an Oriental face like mine, coupled with an Australian drawl often brings confusion to Asians and to Australians alike. And though Australia prides itself on being a multicultural country, non-White minorities such as myself have all experienced micro-aggression or outright racism at least once in their lives.

This extends beyond migrants to Australian-born Asians too, many of whom are the first generation born to Vietnamese refugee parents, economic South East Asian migrants, or those who fled China and its Cultural Revolution. Though they claim citizenship of this land, at first glance and in the eyes of many, Asians are not considered Australian.

This stems largely from traditional media stereotypes. Ask anyone around the world and I am sure the first images of the country that come to mind are blonde beach babes, wild crocodile hunters or Chris Hemsworth – all White.

Contrary to popular belief, 49 percent of Australia’s current population are born overseas or had one or both parents born overseas, and there are over 300 separately identified languages spoken in our homes.

This was not always the case. From 1901 up until the early 1970’s, the Australian government implemented the ‘White Australia Policy’ to exclude Asians from immigrating into the country. This legislation purposefully rejected and vilified Asians as ‘invaders’ in a series of policies, propaganda, and advertisements. Pauline Hanson, a current senator of the Australian parliament, delivered this line in her infamous maiden speech in 1996, “I believe we are being swamped by Asians… they have they own culture and religion, form ghettos and do not assimilate”.

Ironically, Chinese migrants were some of the first to have their feet on Australian soil as gold miners in the 1800s. Yet, despite this, being Australian often equates to being White, and any alternative identities or self-proclamation of being ‘Australian too’ is a challenge to that. These attitudes have driven many Asian-Australians to reject their culture in exchange for safety from discrimination and fitting in.

In the past 10 years, a wave of migration by predominantly international students from China, Malaysia, Singapore and Vietnam, and working holidaymakers from South Korea and Japan have reached Australian shores, bringing with them their own a sets of traditions and customs and complicating the identity conflict even further. Hesitant to accept these ‘foreign’ behaviors, some Asian-Australians reject and scorn them, retreating into their own spheres of self-proclaimed ‘Australian-ness’.

Despite this tunnel vision, all is not lost.

In the presence of international students and other migrants, there still are those who shun their differences. Many Asian Australians, however, now make efforts to embrace and use them as a tool to understand, learn and connect to their cultural roots. By simply talking to them, Asian Australians are inspired to learn their mother tongue, celebrate traditional holidays or visit the lands of their ancestors.

It also helps that the virality of the Korean Wave in mainstream media has given young Asians names and faces to look up to. The achievements of Korean pop idols globally (and especially in the West) is something to be celebrated amidst America’s cultural hegemony. To be Asian now is to be ‘cool’.

I am proud to finally identify as an Asian Australian and to possess the best of both worlds. Even if I have to endure occasional ignorant remarks, as a minority member it is my duty to educate those who are ignorant of my background and appearance.

I am neither just Asian nor just Australian.

I am both. Quite capable of enjoying a barbie and cracking a cold one out the back with my mates whilst exchanging gong hey fatt chois for ang pows with ah yis on xin nian (translation: I enjoy barbecues and cold beers in the backyard with my friends whilst greeting Aunties in exchange for red pockets filled with money on Chinese New Year).