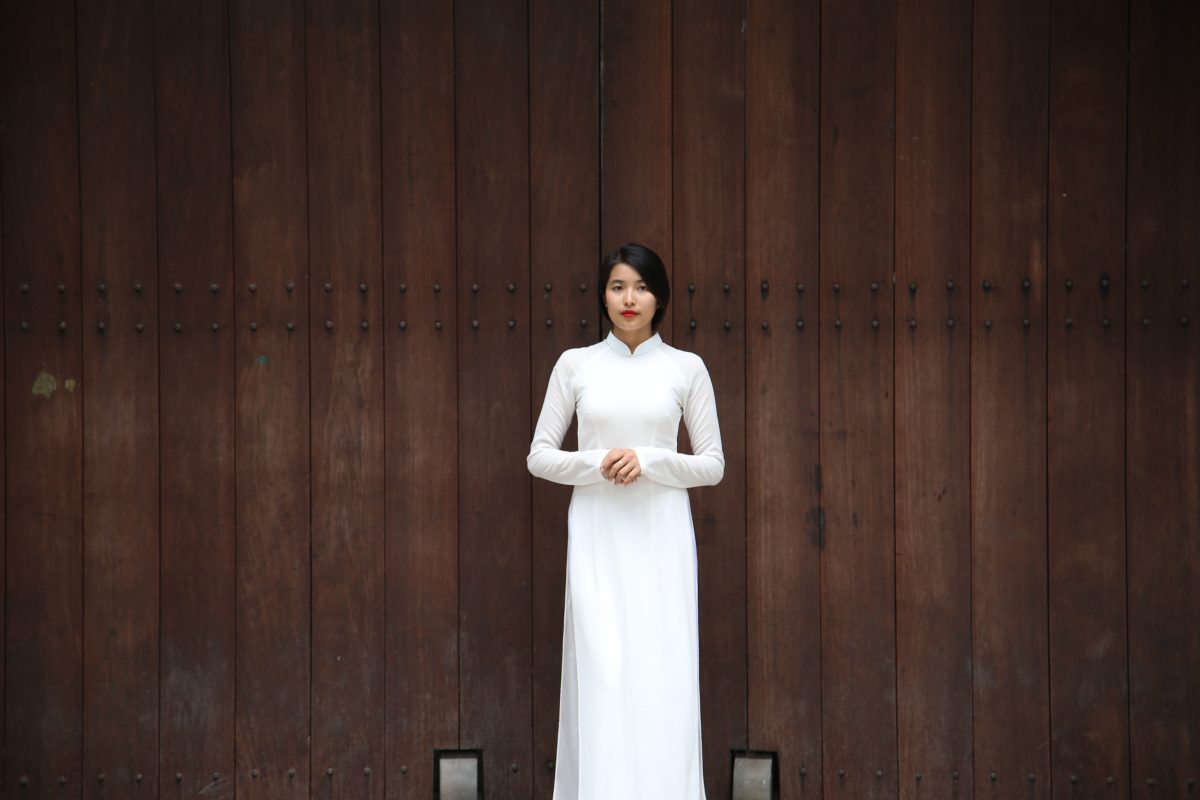 . When it ended, tears were running down my face. I screamed inside, thinking about all those times I was mad at my parents. I remembered they were children of a war they had never asked for. Even though I may not have lived through the war, I know that my parents and grandparents cannot just switch off the pain with a remote control.

I couldn’t even move to get a napkin for my teary face. Unexpectedly, my dad came in. “I’m sorry, Dad,” I said quietly. He looked confused.

“What’s wrong?” he asked. I took a couple of breaths and showed him the first few minutes of the final episode.

He remained silent and still, “Remember when I told you that when I was in high school I was a janitor and found bloody towels in the bathrooms? Even though it was painful for me to realize how hard it was to make money, it was nothing compared to what I witnessed during my childhood in VN.”

I looked at him curiously as he rarely described what his life was like in Vietnam, “What happened?”

“Inside my head, I hear screams of men, women, and children. ‘Allez,’ one of the men screamed as a few more olive-skinned men walk by with rifles, grabbing people against their will and taking them who knows where,” my dad remembered the French whisking away people daily in his hometown of Hue, never to see them again, surrounded by the stench of decay and gunpowder.

I try to imagine being in his shoes and feel my stomach churning. “But Dad, why don’t we hear about these stories in the movies? Or hear stories about people like you after the war?” I asked.

He shrugged, “Well, this is their country and they were involved in the war. But yeah, we’re here now, we shouldn’t talk about VN.” I stared back, stunned. “You should get some sleep”, he told me as he left the room.

‘Why couldn’t he say Vietnam?’ I wondered, ‘How could he just shrug this off? It gives people like Burns permission to win awards for stories that aren’t even theirs.’ 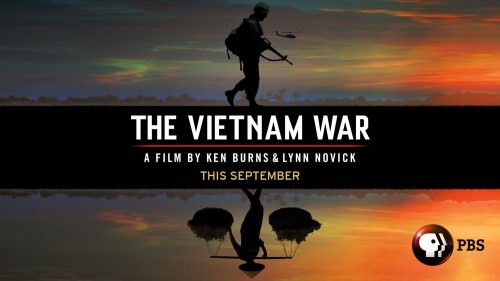 I knew it’s not just about me or my family. I looked up a story that I had read for an Asian American studies class. It was called Love and Honor and Pity and Pride and Compassion and Sacrifice and told the tale of a Vietnamese-Australian man named Nam Le. A writer with writer’s block, he’s looking for inspiration and his friend suggests that he should “totally exploit the Vietnamese thing” and write a story about his father’s suffering to garner popularity.

I looked for that one line that encompassed my whole feelings about the documentary and found it in the middle of the story. I read Le’s words to myself: “I’d just been shot in the back of the thigh.”

“There he goes again,” I muttered.

These are no longer Vietnamese stories. They are stories that reinforce the American perspective of the Vietnam War in their timelines and viewpoints.

Based on Ken Burns’ reputation, I thought it was going to be different this time.  I thought someone would finally listen to the pain and humiliation my dad endured, cleaning toilets and being called a “gook” while living in the US. I thought, “Maybe someone will finally mention the war that happened before US involvement, too.”

The whole war was not just about communism and capitalism. Vietnamese people like my dad were fearful of French colonial leaders daily. They just wanted a taste of freedom, like the Americans who fought off their British Imperial rulers back in the late 1700’s. That part of the war, what is the First Vietnamese War, should be crucial to understanding what followed. Instead of telling those stories, American cinema chooses to focus on what Vietnamese perspectives call the Second Vietnam War.

I was wrong again. Burns followed the footsteps of previous cinematic works, like Emile de Antonio’s historical documentary In The Year of the Pig, and even comedic movies like Good Morning, Vietnam

In the Year of the Pig was filmed just as the US was entering the story. However, it gives the most screen time to European or American politicians and journalists. When we do see the Vietnamese, we see gaunt, helpless civilians, who are no more than props to further the agenda of discouraging American involvement. Once again, it’s all about the Americans, with the Vietnamese in the background.

History repeats itself at the cinema with movies like Good Morning, Vietnam. My dad loves this movie. It validated his own feelings about the war. But what saddens me is to see these movies put his pain aside and comfort the Americans first. In the relatively accurate angle, Robin Williams’ character, Adrian Cronauer, hosts a radio show and befriends a Vietnamese man named Tuan and a girl named Trinh. Yet throughout the movie, the Vietnamese are portrayed as what American historians termed ‘the invisible enemy’, who went against people who ‘just wanted to help’.

I will never forget that one scene where Cronauer confronts Tuan about the bombs that killed American soldiers. Tuan, tearful about his family’s death in the past, tells Cronauer that “you’re the enemy,” and “we’re not human in your eyes, we’re just Vietnamese.” Cronauer looks stunned and runs after him crying, “We’re trying to help you!”

If you have watched Good Morning, Vietnam, you cannot forget the guilt Cronauer felt at the thought of inflicting pain in Tuan’s life. However, this isn’t just America’s pain. By focusing primarily on Cronauer’s feelings, the film dismissed the traumas of the Vietnamese who lost everything, from their families to their entire way of life.

Despite providing one genuine perspective of the Vietnamese, American cinema continues to exploit them by using their bodies to justify American Involvement. Even though the Americans affected many lives in reality, the media depiction helped to remove the accountability from themselves.

I’m not trying to deny the pain the Americans felt during the Vietnam War. Nor am I trying to play oppression Olympics and ask for pity. Sure, people can search online for films and books that depict the Vietnam War differently. But I’m writing this article, fearful of getting hurt, to convey that Vietnam’s tragedy is not a commodity, where people can watch a few episodes and forget the next day. Like nothing happened. No matter how understanding a director can be, they are still “outside looking in”.

I recall witnessing my parents cry when they finally became debt free after 15 years of paying off their first house. This was the first time they had a place that made them feel truly safe. They, my family, and all the Vietnamese and Vietnamese Americans who have experienced the war are also part of the Vietnam War. Their memory and feelings so vivid and alive, ready to be heard.

What we need is to let the Vietnamese themselves tell their stories about the war. After all, they’re the ones who have seen it all, from the beginning to the end.