Book Review: ‘Where the Past Begins’ by Amy Tan 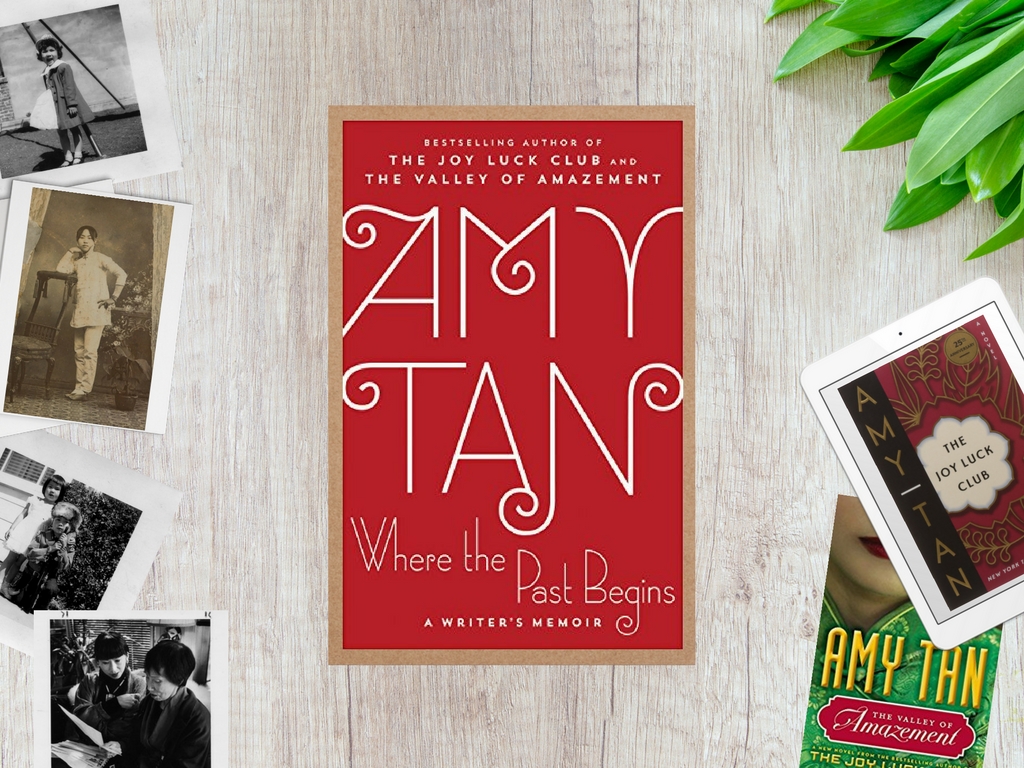 “This was the emotional pulse that ran through my life and made me the particular writer that I am. I am not the subject matter of mothers and daughters or Chinese culture or immigrant experience that most people cite as my domain. I am a writer compelled by a subconscious neediness to know, which is different from a need to know. The latter can be satisfied with information. The former is a perpetual state of uncertainty and a tether to the past.”

I have always been an avid reader. Many of my childhood memories consist of me, sprawled out on the floor, happily surrounded by kids books after maxing out the borrowing limit on my child’s library card. As I got older, I became increasingly aware of what the adults around me were reading. The first time I ever heard of Amy Tan, I was snooping through the stack of books my grandmother kept beside her reclining chair. When I asked her about the novel, The Joy Luck Club

, my grandma replied that it was a story about a Chinese family like ours and suggested I read it when I was a bit older.

So imagine my excitement when, years later, I read the first page of Where the Past Begins: A Writer’s Memoir

. Amy Tan has always loomed large in my mind, a kind of mythic figure of Asian American literature. Going into the book, I knew next to nothing about Tan’s life or creative process, though I had long pictured her gracefully sitting at a desk, glancing out a large window as words flowed effortlessly from her pen. Part family history, part self-exploration, and part literary workshop, Where the Past Begins

was exactly what I hoped it would be.

Tan does not put on any airs. In fact, she shares a personal truth that will put aspiring authors everywhere at ease: even the great Amy Tan suffers from near-crippling insecurity about her own work. She details her own false starts and tangos with writer’s block, her attempts at procrastination and the countless drafts that never see the light of day. Tan is honest about the fact that her past successes, rather than bolstering her confidence, actually make writing more difficult. And yet, write she must. So how does Tan move forward?

In many ways, Tan’s inspiration and creative process are inseparable from her own identity and life experiences. If you have always felt drawn to her work because of the solid realness of her stories and characters, that might be because she mines her own memories and experiences for inspiration. Does this mean all of her work is autobiographical? Not necessarily. Rather, she uses her memories as references through which she can firmly anchor her stories and characters in reality.


For example, one theme that crops up often in Tan’s work is the relationships between mothers and daughters. Here Tan provides something of an explanation for that preoccupation in detailed examinations of her relationship with her own mother. She calls out the emotions that these memories of her mother trigger in her: anger, anxiety, love, and eventually understanding. Writing, it seems, is therapeutic: “My childhood, with its topsy-turvy emotions, has, in fact, been a reason to write. I can lay it squarely on the page and see what it was… The work of undoing them [memories] one at a time is the most gratifying part of writing.”

The whole memoir seems to serve as a giant example of this creative process. Tan will start out will an observation about her own creative habits and will delve into memory to explain this tendency. Sometimes we’ll get glimpses into her thought process in the form of writing exercises and journal excerpts. She seems to have an unlimited ability and willingness for self-exploration. Even a beautifully written chapter about the importance of music in her creative process is dissected and tied back to her mother’s desire for Tan to love classical piano.

In this way, the reading experience is seamless and the text itself cyclical without being repetitive. It is an almost addictive read and I found myself completely immersed in the twists and turns of Tan’s process. Sometimes I would break for air, look up, and realize that half the day had vanished without my noticing it.

In one of my favorite sections in the memoir, Tan shares emails between herself and her editor, Dan Halpern. As a perfectionist myself, I imagine Tan tensely deciding to share the emails unedited as a rare peek into the more spontaneous side of her creative process. Some emails are long, detailed accounts of book ideas or literary events and others might be a short note about a newly discovered word. In one instance, she sends detailed instructions on how to reach her by phone while she is out of the country. They are humorous and thoughtful, witty and insightful.

than to say it is a masterclass in Amy Tan, a peek into her life and creative process. Within its pages, Tan is raw and vulnerable, humorous and so deeply profound. She shares one particular pearl of wisdom that I think will be invaluable to aspiring writers everywhere: a fiction writer is the sum of her experiences but is never limited by them.

About the Author: Amy Tan

Amy Tan was born on February 19, 1952 in Oakland, California to Chinese immigrants John and Daisy Tan. She has written several bestselling novels, including The Valley of Amazement

, and The Bonesetter’s Daughter

, was adapted into a film in 1993 by director Wayne Wang. Her memoir, Where the Past Begins