My week in Izu: a million bustles away from Tokyo 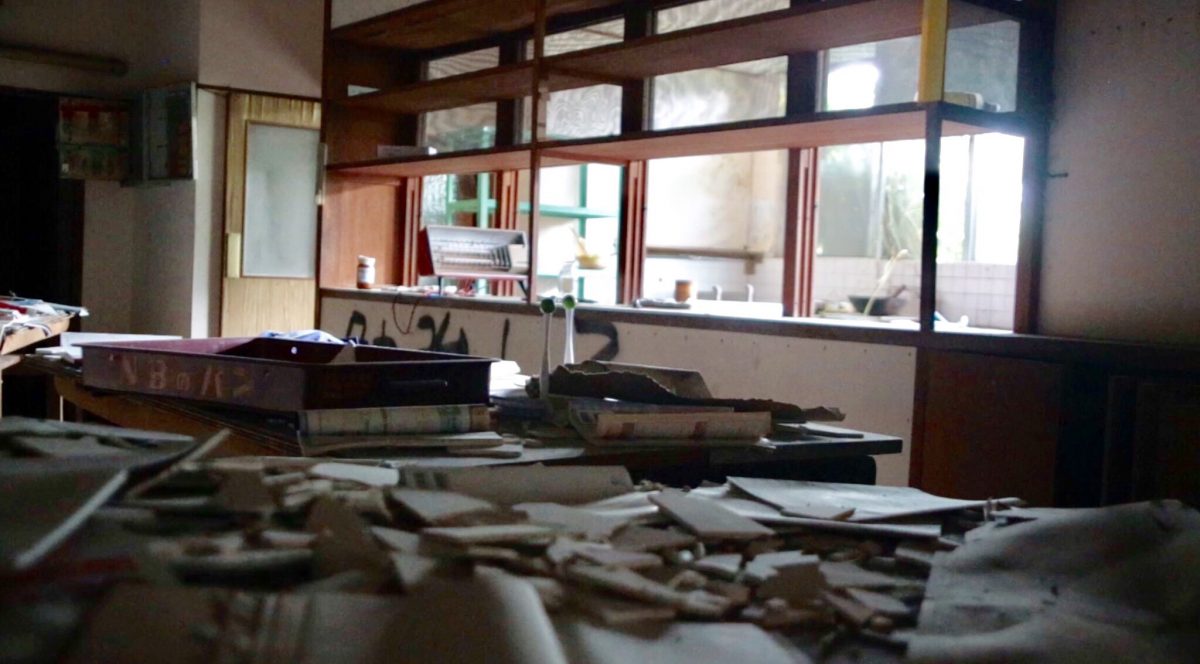 There is a very particular word in Japanese called せせらぎ (seseragi) that is commonly used by locals from the tiny township of Izu in Shizuoka, just 150 kilometers south of Tokyo. It refers to the sound of ‘rushing water in a shallow stream’. From the mountain creeks to the crashing waves of the peninsula coastline, it describes the moving energy of water drops and river flow. There is no word like ‘seseragi’ in the English language. It’s a nuanced feeling, distant from big, booming cities.

I arrived in Izu-Okawa via express train from Tokyo. My mind was still boiling in stress from rushing around station platforms and trying to buy the right train tickets. Being a city dweller, I have learned to live fast-paced through the hustle and bustle. But soon after arrival I found myself dumbfounded by the immense amount of time I had on my hands. It wasn’t time that I had gained, but rather the time that I had nothing to allocate for. It is fair to say Izu is not a tourist showstopper. What I had hoped for was a sense of tranquility and peace, which soon became my challenge in adapting to the country lifestyle.

Day by day I began to realize particular traits that city life had dulled and made me less aware of. For example, living in Izu is quiet, but not silent. There is a continual rhythm of cicada buzzes, warbler cries, and wood-pigeon coos. Layered between these sounds you can hear the ‘seseragi’, the soft gushing of river water flowing into the ocean. It’s a countryside orchestra that many residents have grown accustomed to, however it is a characteristic that is easily overlooked if one does not pay very much attention to. It made me wonder what ‘quiet’ sounds like back home.

I started taking long walks to familiarise myself with the area. Through forests and creeks, across highways and hills, it was pleasant meeting neighbors, farmers, and local shopkeepers, but it later occurred to me the patterns that were present in my interactions. Firstly, everyone had the time to chat and make small talk. They seemed genuinely interested in conversation and asked about my visit, to which I felt rather surprised by their level of patience and friendliness. Secondly, everyone seemed to go about their lives with very little sense of urgency or immediacy.

I could also slowly see myself changing as I became less aware of the time and more involved in the activities I was engaged in. Perhaps what was the most surprising observation was the age group of the people I had met during my walks; almost all of them were elderly and retired. In fact, men and women between the ages of 55 to 60 are the most numerous in Izu, followed by the age bracket of 60 to 80. This felt strange to me, so I asked my neighbor where do the children go for schooling and university. She replied that many of them study in Tokyo or in other big cities, some of whom go on to work professionally and rarely come back to Izu.

The reality for this countryside town, as well as many others across Japan, has been labelled an ageing population crisis. Over 25% of the Japanese population are aged 65 or over, and with the current fertility rate, it is predicted that by 2060 this will increase to 40%. For the people of Izu the concept  of ‘ageing’ is not exclusive to its citizens, but also applicable to its crumbling infrastructure and public facilities. 廃墟 (Haikyo), meaning ‘abandoned place’, is a word that has been circulating with recent popularity. It is synonymous to what is known as the urban exploration subculture of discovering dilapidated establishments that are hidden from the general public.

Izu Peninsula is quite a special region for such discoveries, as many of these buildings have already been reclaimed by nature. ‘Haikyo’ allows for a window to the past, imagining the lives lived in places that would otherwise remain forgotten over time. In Okawa’s deserted Seminar House the remnants of school life remains in dust and decay. Once owned by Tokyo’s Nihon University, it is clear that these classrooms have been unused for a very long time. There are textbooks spread everywhere, broken chairs and tables, grime stuck to old blackboards, and offices left in deteriorating messes. The ceilings have caved inwards with plaster peeling off surfaces and window panes smashed from the outside in.

There is a real sense of immediate abandonment on a human level that makes these places so haunting. It’s easy to imagine the life this building once had, with kids running through the hallways, lectures, games and activities happening within these rooms – but that was a different time. There are abandoned hospitals, hotels and mines all over Shizuoka that have been the place of many stories, but for now remain undemolished and unoccupied.

I stayed in Izu for only a week. It felt as though my time there lasted much longer than it really did. Nevertheless, I found the tranquility that I had desired, and peace in the echoed waves and mountain sounds that I had finally gotten used to. It really felt like a dream when I finally said farewell to the town and stepped onto the train bound for Tokyo, back to reality.