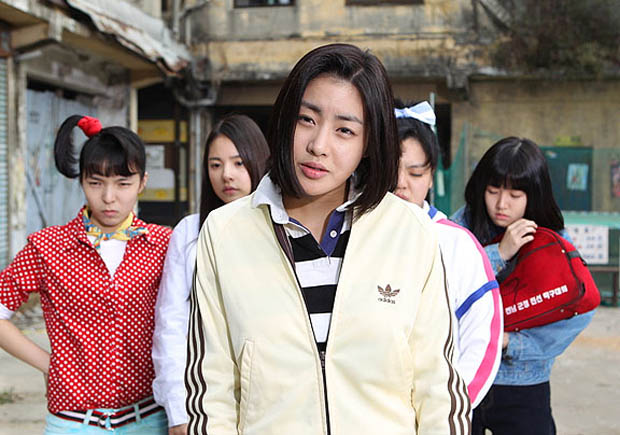 We talk about girl power more than ever but the truth is, our society is still in the process of acknowledging the full potential of women in general. We still need to remind ourselves how powerful a woman can be. Through watching movies we feel a sense of empowerment, especially when the movie centers on a strong female lead. Such films help us visually appreciate the ambition and fortitude behind each character.

A Strong character does not necessarily mean a super-hero or a warrior. A mother, a friend, a lover: in every shape and form, we can see a strong female character because every female has that strength inside her. Whether it’s a story of friendship, love or tragedy, here are some classic Asian movies about remarkable women that need to go on your movie marathon list.

We have seen a lot of jaw-dropping action films from Hong Kong that conquered the global movie industry. If we’re talking about one of their finest and highest-grossing action films of all time, Yes, Madam is an absolute hall of famer. Starring action superstar Michelle Yeoh (now leading the Star Trek mission) with another ass-kicking lady, Cynthia Rothrock, this film oozes with “girls with guns” charisma that will put you on the edge of your seat.

The plot revolves around two police investigators on a mission to retrieve a missing microfilm containing classified criminal information. As Inspector Ng teams up with Scottish investigator Carrie Morris to chase the thieves, both of them face vicious enemies who are all very keen on destroying the evidence.

If you’re looking for a movie to watch with your girl friends, this Korean film should be on top of your list. This film is a fresh take on friendship and the struggles of reality. It delivers the right amount of comedy with a squeeze of drama that will make you cry good tears. Relatively young on this list, Sunny

is on top of the game for nostalgia and keeps kind eyes on the older generation.

The story is about seven high school girls bound by a strong friendship. After losing contact with each other for 25 years, two of the members of their high school clique “Sunny” chance to meet in hospital. As Choon-Hwa, the leader of the clique, suffers from terminal lung cancer, she asks Na-Mi to help her find the rest of the girls for one final reunion. The seven female characters in the film feature distinct characteristics that truly define strength in different forms.

An iconic Filipino film that tells the story of a nun valiantly fighting for the rights of cruelly oppressed laborers. As she fights for justice by joining workers’ and activists’ protests, she faces death threats and extreme demoralization. Despite tribulations, she learns how to stand up for her cause with unfaltering spirit.

Vilma Santos, the longest reigning box office queen of Philippine cinema, played this legendary nun and won the Gawad Urian Awards, the most prestigious film award in the Phillippines, for Best Actress. The film touched sensitive topics about religion, politics and human rights during a critical time in the Philippine government. For its controversial nature in an already turbulent time, Sister Stella L.

garnered a lot of attention locally and globally.

Muen and Rid (อำแดงเหมือนกับนายริด) is more than just a love story. It tackles the struggles of fighting for women’s rights in Thailand. In fact, prior to 1865, women had no status in Thai society. The film shows how Thai women were forced into arranged marriages as well as hindered from getting an education.

The female protagonist, Amdaeng Muen, falls in love with a Buddhist monk Rid, but is greatly challenged as her parents try to force her to be a rich man’s concubine. She refuses to accept the arranged marriage and makes a bold decision to fight for her rights in court.

Muen and Rid’s compelling plotline is based on a true-to-life case brought before the Thai King’s judgment. The film is directed by Cherd Songsri, one of Thailand’s most revered film directors, and was the biggest hit in Thai cinema history when it was released.

When a Woman Ascends the Stairs

(女が階段を上る時) is a classic Japanese film that sheds light on being an independent woman in a society dominated by men. The plot is somewhat tragic, but realistic. It’s a film that proves courage does not always come in the form of winning. Sometimes, courage is all about how much you’re willing to give up and live through.

After the untimely death of her husband, Keiko was left with no choice but to stand up on her own. Driven by the will to survive, she worked as a hostess in a Ginza nightclub where she faced numerous struggles that tested her endurance and willpower. When a Woman Ascends the Stairs is directed by one of the most prominent directors in Japanese film industry, Mikio Naruse.

The film tells the story of Josie, also played by Vilma Santos, an Overseas Filipino Worker (OFW) who finally returns home after 6 years of working in Hong Kong as a domestic helper. She finds out that her children have grown very much estranged from her and her eldest daughter’s life has terribly fallen apart during her absence.

This genuine family drama will make your heart crumble as it tells the story of a mother’s love and sacrifices for the sake of her children. Anak, a Filipino word that translates as “The Child”, is one of the greatest Filipino movies of all time. Its immense popularity all across the country is mainly because a lot of families can relate to it, with parents working abroad to provide for their children.

Nope, it’s not going to be the Disney version. We do acknowledge that Disney’s Mulan is loaded with girl power (and wholesome comedy) too. However, the Chinese version

depicting the story of their country’s greatest legend has a much more extensive take on this heroic female character. The story covers her decade-long battles, which bring you to a deeper understanding of her courage, loyalty, and patriotism. Brace yourself, as you are about to experience amazing cinematography and breathtaking epic battles in this film.

Out of love and concern for her father’s health, Hua Mulan enlists in the Wei army to take his place. As women are not allowed to serve in the army, Mulan disguises herself as a man. She trains alongside fellow soldiers and excels tremendously due to her intelligence, determination and fighting skills. After winning one battle after another, she eventually becomes the army general – a position that challenged her to make the toughest decisions for the sake of her country.

What we love about these films is that they give us a multifaceted perspective on the battles women face all the time. Each movie tells a different story, but each is a celebration of women’s strength and bravery. Which among these films are you going to watch first?