My Complicated Love Story With Germany 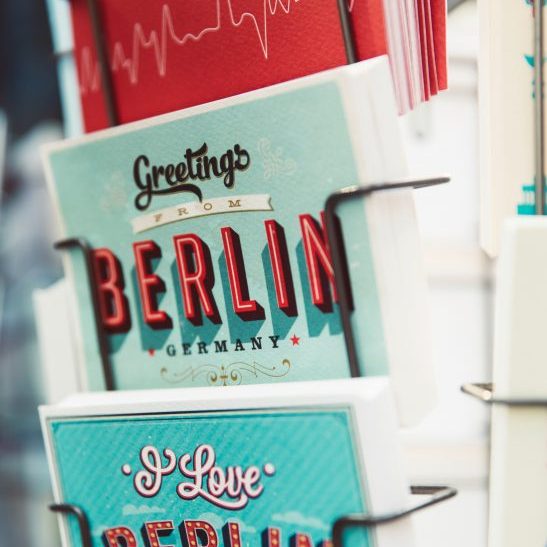 Our love affair is complicated and a bit hard to explain. I am speaking about my relationship with the country that has been my home for twenty years now – my dear Germany.

It could be a movie about a love story in a big city, starring Germany and me, with the country personified by Ryan Gosling (ok, now I am fangirling). The story goes something like this: I met him when I was a just young girl and he was already a young man. What began with a pure feeling, quickly became a struggle for power. We were never a couple. Today, we sometimes feel strongly that we belong to each other and I feel safe with him. But in difficult times, he refused me and I denied my feelings for him. Just the other day, it was I who rejected him and turned away. We are very close but at the same time, we are still strangers to each other.

A continuous game of isolation, exclusion, and inclusion – it sounds kitsch, like a cliché, a story full of stereotypes.

Yes, all the stereotypes I face.

Growing up in Germany, I recognized that life is full of stereotypes. Some of my favorite stereotypes I get confronted with in my everyday life are the absurd sexual fantasies of white European men about “willing Asian women,” the Asian politeness and restraint that many people often assume is “typical” Asian shyness, timidity and a lack of self-confidence. This is obviously a bias based on a history of poor cultural and social representation that we can still observe nowadays, especially in Western media – just think of Rory’s Korean friend Lane in the Gilmore Girls.

In Germany, where Asians are commonly thought of as shy and polite, most people seem to feel and act stronger or superior to the “little” Asians. You can observe this ignorant behavior in a wide variety of social circles and situations.

Surprisingly, education does not really matter in this case. Academics, businessmen and women, and even friends and university classmates, from whom you might expect an international and open mind, can still perceive you as the stereotypical Asian. This can result in “cultural underestimation” – for example, in business affairs or the workplace, so-called “Asian politeness” may be viewed as a weakness.

In other cases, people were uneasy around Asian people. A bike shop owner in Heidelberg once told his dogs to be cautious of me, “Because she might eat you up.” Is this supposed to be a joke? Not funny at all.

My “identity” is something undefined, wavering between embracing those stereotypes and struggling to get rid of them.

I am tired of explaining myself each time I meet new people or do something “Korean” that other people don’t understand. I just want to be me. I shouldn’t have to explain who I am – accept that the cultural identity “Korean” is as much a part of me as your German behavior and culture are part of you.

I am not your every day, stereotypical Asian. I am tired of getting questions like: “Are you allowed to have a boyfriend?” “Why can’t you sleep over at your boyfriend’s house?” “Are your parents very strict?” “Have you eaten a live octopus?” Don’t point and stare at me. These questions make me feel excluded from the country I have called home for twenty years.

At the same time, I embrace the Asian stereotypes because I want to belong to you – to be included in the community. You recognize me more and pay me more attention when I act like the Korean girl that you see in me. I love my home here in Germany, I feel safe and I know your rules, but I also know I will always remain a stranger.

Recent political events in Germany have scared many people: the right-wing German party “Alternative für Deutschland” (Alternative for Germany) entered the Parliament as the third strongest party after the election on September 24th. Everyday racism has definitely increased in Germany. You can really feel it when walking the streets or hanging out in public places. Suddenly, the hate comes loudly from their mouths, like the woman who shouted at me on the train: “Disgusting Chinese!!” I laughed, but I was scared. What I deeply fear is that the situation will get even worse and will force me to decide where I belong.

There’s nothing more frustrating than an unrequited love you have maintained through your tender years. Especially when you don’t know how the other side really feels about you, when it gives you mixed signals. If your heart is true, Germany, accept me as who I am.

Chaotic and insecure, Yeseul loves not knowing what comes next. Through writing, she wants to find a way to be honest with herself and you. She works as a PR consultant in the tourism industry in Frankfurt, Germany.