The Sitcoms About Asian Family in US, Canada, and Australia – Are They Funny or What 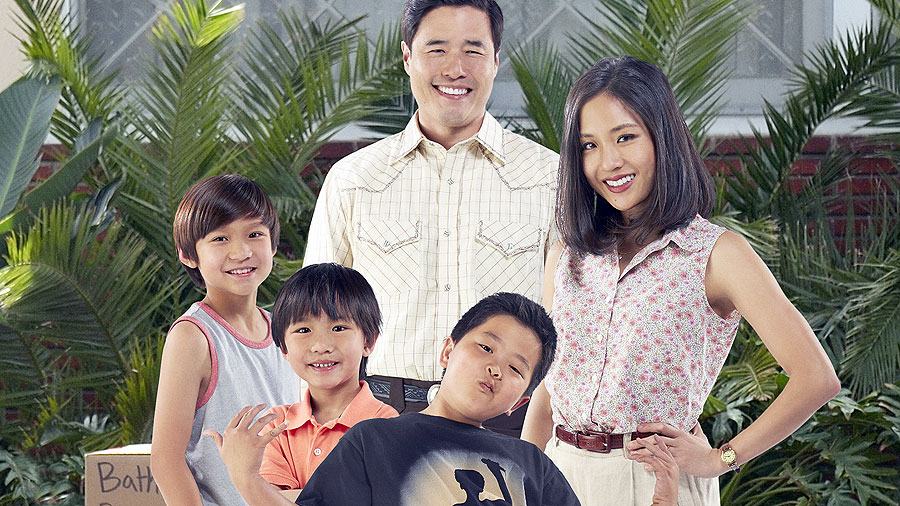 Asians are mainly famous on the big and small screen … in, well, Asia. In the past couple of years, however, the presence of Asian culture in Western society has slowly been making its way into the mainstream. Particularly on the comedy stage Asian culture in American, British, Australian and Canadian society has become fodder for comedic gold.

The rise of stars such as Ken Jeong has made the East Asian face in comedy start to take shape. This is how a memoir by Eddie Huang, an Asian-American chef became the inspiration behind a family sitcom that is an unprecedented hit on national American TV. Fresh Off The Boat

is narrated through the eyes of Eddie, a pre-pubescent hip-hop and basketball fan as he navigates growing pains while his family navigate assimilating into the predominantly white society of Florida. His dad, Louis, owns a cowboy-themed restaurant, his mom, Jessica, wants her children to succeed while still keeping their Taiwanese heritage, and his brothers Evan and Emery, as well as his Grandma Jenny (who doesn’t speak any English), all contribute to peppering Eddie’s life with an assortment of mid-90s everyday conundrums.

Further up North in Canada, a family sitcom making waves also centres around the East Asian way of life. Kim’s Convenience follows the family Kim (of Korean descent) and their antics around running a convenience store in Toronto. It consists of Appa and Umma (Dad and Mom), youngest daughter Janet and estranged son Jung, as well as his colleagues. Based on playwright Ins Choi’s award-winning play, the sitcom has opened to a steady stream of good reviews in its first season. It deals with issues that are very present in today’s Canada, that is not just confined to the immigrant experience, such as homophobia and multicultural misunderstandings.

Looking to the other side of the world in Australia, The Family Law, based on author Benjamin Law’s novel of the same name, is a hit sitcom that has already aired its second season to favorable reviews and reception from Australian audiences. The TV-show captures the Australian-Chinese family Law over a life-changing summer and how the family of six deal with the issues of separation and assimilation into their suburban life on the Sunshine Coast in Queensland. The show centres mainly on the relationship between the teenage Benjamin Law and his mother Jenny as they contend with big changes in their family, which also includes dad Danny, eldest sister Candy, older brother Andrew and younger sisters Tammy and Michelle.

The common thread among these shows is that all three have chosen the genre of comedy to break into the mainstream, but that the shows have also chosen to have their title characters all belong to one nuclear family unit. This may lend a sense of comfort and wholesomeness when connecting with audiences. All three shows have been received with a widespread appeal and could be an indication that Asian culture and the role of immigrants in Western societies are starting to take on a more inclusive nature, particularly when packaged right.

Some of the shows address the accent stereotype on a wider level. One of my favorite episodes in Kim’s Convenience captures the title Appa character speaking to a Trinidadian character and getting much lost in translation to hilarious effect. There is also the stereotype of Asians being academically inclined. In all three shows, there are characters that challenge this stereotype, such as Benjamin from The Family Law dreaming of becoming a theatre actor or Eddie (in Fresh Off The Boat) being a great hip-hop and sports fan.

The writers of all three sitcoms have managed to take blatant Asian stereotypes and offer a different narrative. This could largely be because the shows are conceptualized and written by Asians themselves.

With these shows making their way into the mainstream of TV comedy as well as on to prime time viewing, we have started to wonder if this is merely a natural progression of globalized societies or a concerted push for immigrant culture to have some exposure in mainstream Western media.

Perhaps it is a coincidence, but as the Asian presence has started to get stronger in Western Societies, so has the acceptance of Asian-centric themes, characters, and portrayals in the media. More and more immigrant stories have started to emerge, perhaps also because Western societies have started to become aware of, and intrigued by, this demographic with the advent of China as a commercially viable market. Asians are finally starting to emerge and build on their identities as immigrants and, well, own their identities.

And as confidence builds in giving voice to Asian identities, so do its cultural and racial issues. The marginalization of immigrant cultures, whitewashing in the media, offensive racial stereotypes, as well as more intrinsic themes such as the modernization of family values, are making their way into modern Asian-immigrant narratives. The beauty of using the medium of comedy to voice these issues is that they are packaged as more wholesome, more relatable and ultimately lend a more approachable face to the immigrant experience.

Randall Park who plays the title character in Fresh Off The Boat has echoed this sentiment, “… people in general are more conscious of these issues. I’m sure social media plays a part in this. Asian-Americans are more vocal. We’re tired of the same old crap. And I think that the outcry has been heard within the industry. And it definitely helps to have more producers and writers and directors and executives who actually care about this stuff.”

The presence of Asians in mainstream media has not only given voice to the immigrant sub-culture but it has also given a face to an otherwise sidelined society. East Asians have been in immigrant populations for generations, but their presence today as a commercially appealing demographic is perhaps a testament that the world as we see it is moving away from racial norms and that the balance between Eastern and Western power is slowly tipping.

“This is the show I liked best. Although the shortest running and only into its first season, Kim’s Convenience really hit all the right buttons as a comedy. Perhaps because this was already a successful stage show and adapted for TV audiences, many of its nuances could be further enhanced. From the first episode, the title character, Appa, quickly establishes himself as not only the centrepiece, but also as a well-rounded comic character.

The subject matter in the first episode, introducing the premise of the show, was genius: Asian families dealing with homosexuality. You can’t really find more culturally diverse ways of thinking, especially when dealing with touchy subjects like race or sexuality. In Kim’s Convenience, Appa is nonplus about giving out a ‘gay discount’ but will not compromise when a Japanese car parks in his parking spot. This really illustrates how, in situations where a Westerner feels the need to be politically correct, for Asians there really is no filter! It is refreshing to see some Western norms dealt with in very Asian ways.”

Fresh Off the Boat

“Probably the most successful of the three shows is Fresh Off the Boat. The most refreshing aspect of this show are the child characters. The adult characters often revert to slapstick humour, which is perhaps just a characteristic of American comedy that I can’t get into. Granted, Constance Wu who plays Jessica Huang, the Mum, has been acclaimed for her role, but my personal favourite is still Eddie, the narrator of the story, played by Hudson Yang. His love of hip-hop and his interaction with his brothers are really feel-good TV gold. The two brothers Emery (Forrest Wheeler) and Evan (Ian Chen) are also both child characters that lend a lot of heart as well as laughs to the show.

My favourite scenes are when the brothers get in the way of each other’s lives, but work it out in the end (Eddie trying to educate the typically brainy and hard-working younger brothers in the language of hip hop and street culture is particularly sweet). There’s something quite lovely about siblings who aren’t always at each other’s throats and while they are growing up in very Western cultures, the idea of close family ties and that families need to stick together is ultimately a very Asian trope, especially when it is also set in an immigrant context.”

“There is a sense of a more established immigrant culture in this show, which viewers (who have grown up in mature immigrant cultures) can immediately identify with. Like the other two shows there is quite a lot of emphasis on conflicting Asian and Western ideals, which is fodder for lots of laughs. However, the less sophisticated comedic writing makes this show the least entertaining of the three.

While quite similar to Fresh Off The Boat, the title child character is difficult to warm up to and it took me until the second season before I had any real sense of any of the other siblings. The Mom, Jenny (Fiona Choi), is by far the standout character and she delivers most of the laughs. The one trait that I truly like about this show, however, is that it deals with the breakdown of a typical family unit and discusses the issue of divorce and how it can be quite different in an Asian context (where family values and ‘face’ are so emphasized).”

Shakila Rajendra is a purveyor of good food, travel adventures, and awesome stories. A former magazine editor, she now works in the green energy industry in Malaysia.