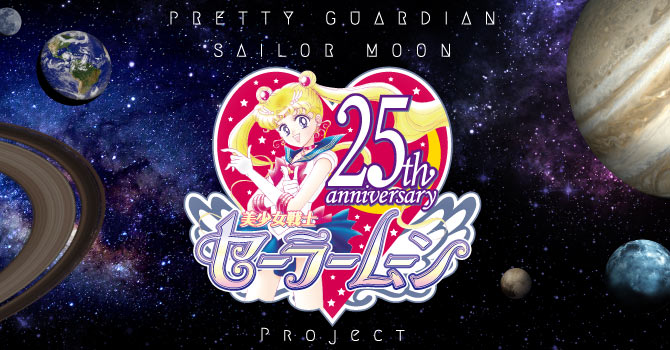 2017 marks the 25th Anniversary of the debut of Naoko Takeuchi’s love-action sensation Sailor Moon. Fans worldwide are celebrating and proudly waving their moon rods in the name of love.

I found my role model when I turned seven. The year was 2002 when Tazos and Furbies were as popular as ever. Schoolyard games were all about yo-yo comps and trying not to kill our newborn Tamagotchis. I grew up in a predominantly white neighborhood, where Footy players were legends with signed posters plastered on the outside windows of every local milk bar and news agency.

As a little Australian girl with Chinese immigrant parents, I always wanted someone to look up to, someone who looked like me and identified with her Asian heritage. I needed someone strong and heroic, but feminine and graceful. And then I saw her on my old, clunky TV during the usual morning breakfast time slot. Blonde hair. Pink boots. Long legs. Wide eyes. She is a schoolgirl looking for love. She is Earth’s defender against evil. She is the one named Sailor Moon.

Sailor Moon was the first show ever to make me feel that a woman could change the world without depending on men. I always thought the Sailor Soldiers were forthright and liberated. They were able to vanquish evil with beauty and elegance while embracing the power of female bonding. I was enamored by the idea of a female-dominated cast of badass, alien-fighting heroes that deviated from the typical male influence and control. In my eyes, she was the hero that I needed.

Perhaps what was most endearing to me was that no matter how powerful these girls became, they were all in some shape or form, flawed characters. It was always acknowledged that as both superhero and schoolgirl, Serena was never meant to be perfect. She’s not the smartest, nor the strongest, in fact, she was a reluctant heroine who often gave in to cowardice. But we would forgive her for always being a genuine friend and bringing people together.

Battle after battle, Serena triumphed over evil by believing in her friends and combining their powers, showing the strength of friendship is essential for saving humanity. Her empowerment didn’t come from violence but from love. The girls didn’t show invincibility through physical strength, but through their comradery and the support they gave each other.

Sailor Moon showed viewers around the world that femininity does not have to be compromised when becoming a hero. The show celebrates the female body and provides a variety of heroines who embrace being queer, androgynous and masculine, ultimately challenging the conventional ideas of what it means to be a woman. Feminine accessories in the form of harps and wands are used to defeat monsters and foes. Attack names like “Starlight Honeymoon Therapy Kiss” and “Rainbow Moon Heartache” are used to punish enemies.

Sailor Moon’s way of “weaponising femininity” is the ultimate statement on gender expression, so those typical masculine traits like determination, strength, and power are no longer exclusive to male characters but are embodied in Naoko Takeuchi’s girls through the power of friendship, love, and compassion.

But it was never all starlight and rainbows.

As proud as I was for having Serena Tsukino as my symbol of Asian pride and female empowerment, I couldn’t help but feel a sense of humiliation for her visual representation. I realised this during elementary school dress-up days, where I would downplay my love for the TV show to save myself from having to explain how the Sailor Soldiers save the universe in “skimpy” uniforms, wearing incredibly short skirts and impractical high heels. I was bashful and tomboyish, so instead I would don a Jedi cloak or a Hogwarts robe and feign interest in Star Wars and Harry Potter to fit in.

As I grew older, it came to my attention that all the women of Sailor Moon were tall, skinny with small faces and big busts. Their beauty standards were completely unrealistic. As much as I stood by her good morals and intentions, I couldn’t help but feel sad that I had lost touch with something I had once loved.

In 2014 the franchise was revived with Sailor Moon Crystal, which was streamed worldwide at the same time as the episodes premiered in Japan. The senior manager of Viz Media, one of series’ simulcasting companies, said in a statement that “two decades after it first captivated millions of fans … the valiant sailor guardians returns in a big way to thrill a whole new generation of viewers.”

Sailor Moon had been such a role model for my seven-year-old self, I was curious to see what kind of impact a modernised Serena Tsukino would make upon a new audience. Unsurprisingly, she came back to huge success and an even bigger fan base, boasting enough popularity to propel her own series of live-action musicals and anniversary cosmetic collections.

Towards the end of 2016, Japan’s Ministry of Health declared Sailor Moon the poster girl for STI awareness, prevention, and treatment. Thousands of education packages, condoms, and posters were printed with her signature face and catchphrase to combat the all-time high number of syphilis cases around the country. As a character who is widely popular with people of all sexual orientations, it was anticipated that this scheme would be beneficial in bringing up the topic of STDs amongst those who are too shy to discuss the matter.

I thought it was an ingenious marketing campaign, re-discovering and utilising a well-loved, fictional character to promote public health and safety. In this instance, Sailor Moon became more than a hero defending Earth against intergalactic evil – she’s defending us against sexually transmitted diseases, too. I had to applaud.

In following her journey for more than 15 years and 200 episodes, I never expected Sailor Moon’s influence to last as long as it has. Her relevance goes to show that her character continues to inspire and empower young girls and boys around the world. Even with contemporary female heroines like Rey, Katniss, and Daenerys – these characters who we grow up loving and admiring all have the power to change the world in more ways than fiction. And who knows, maybe they truly are capable of saving the world one day?