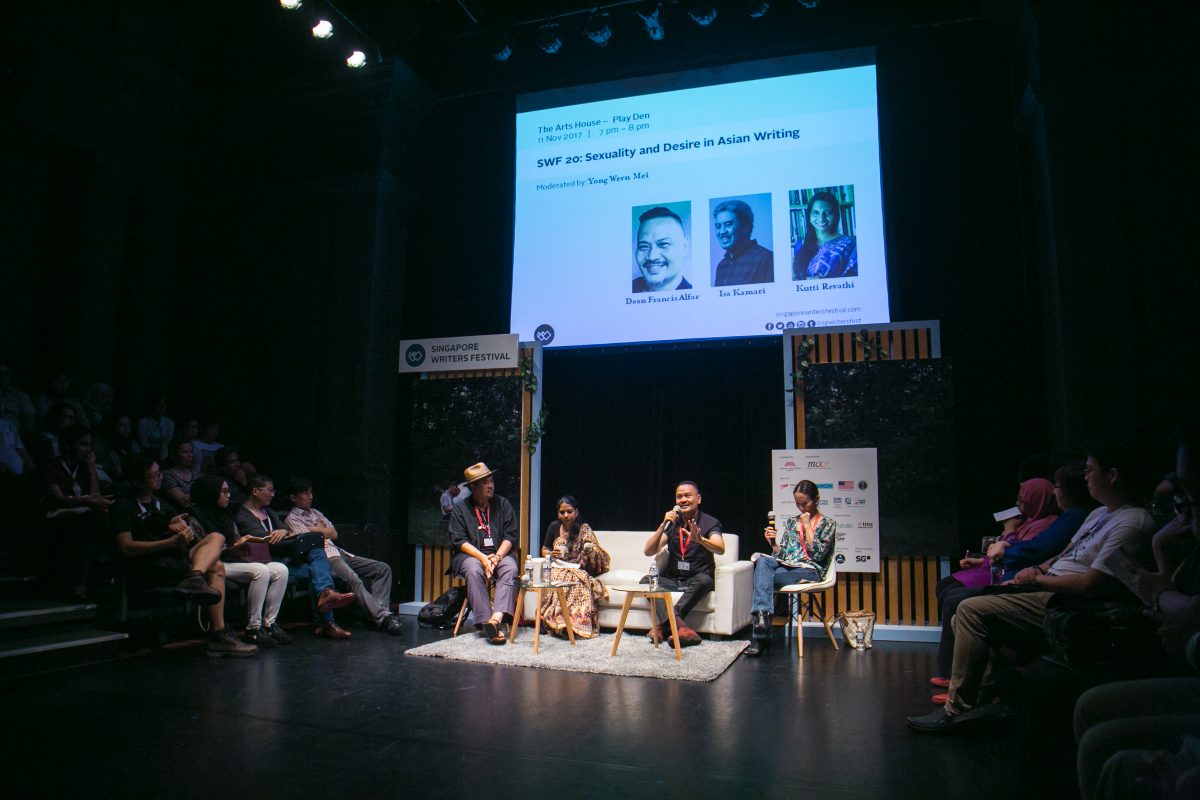 I wouldn’t have attended a panel on “Sexuality and Desire in Asian Writing” at this year’s Singapore Writers Festival if I wasn’t asked to cover it for April Magazine. Let’s just say it wasn’t high on my priority list – I was more interested in attending events featuring my favorite authors, as well as anything related to YA fiction since I hope to write a YA novel one day.

Also, if I had to be completely honest, it’s also a topic that I, a 30-something wife and mother, am still rather squirmy about. During the discussion, a young lady asked, “What can be done to help women to discuss sex more openly? I didn’t even dare to say the word ‘sex’ until I was in college!” Like her, I followed a similar trajectory, growing up in all-girls schools till I was 17. While we were given colorful sanitary pad samples and shown blurry 1970s videos on the evils of abortion, we were never really told about sex in its entirety. Sexual desire in particular, was relegated to giggly and covert communal readings of Sidney Sheldon and Joan Collins novels between lessons.

As such, I was surprised by the candour of the three distinguished writers during this full-house session. Isa Kamari is one of the most respected Malay authors in Singapore, and he has brought in the sexuality theme in a novel, a short story and a poem for his predominantly Malay Muslim readership. For him, sexual desire is always brought up in in relation to spirituality, and he is careful with the choice of words. For example, Isa uses a similar phrase as religious teachers to describe ‘vagina’, so the text does not come across as offensive. “I wouldn’t call it censorship, I’d call it wisdom,” he quipped.

For Indian feminist editor, poet and lyricist Kutti Revathi, she recalled the persecution and death threats she faced with her book of Tamil poetry titled Breasts, which was published in 2002. But to her, this kind of written work was incredibly important for women from oppressed castes to explore the relationship with their bodies and attempt to shed their boundaries. “For women, desire is power, and sex is the highest altitude of intellect,” she declared confidently just before reading a Tamil poem by 6th century poet Avvaiyar on desire.

Speculative fiction writer Dean Francis Alfar provided historical context to The Philippines’ problematic perception of sex. “We spent 300 years in a convent under the Spanish,” he said with a slight grimace. The result? Philippine literature, for most part, is pretty conservative. However, Dean finds hope with the LGBT literary community, which discusses sexuality openly in their works. “People like sex, we just don’t know how to negotiate it.”

By the end of this panel discussion, I was so fascinated with this diverse take on sexuality that I forgot to feel uncomfortable. As Kutti reiterated throughout the talk, “Discussing sex isn’t enough: we have to bring up the politics behind it.”

As someone who aspires to write a YA novel, this struck me. Especially with the recent proliferation of high-profile sexual harassment scandals and the outpouring of #MeToo tweets, how should I write about sex for teen readers? What should I say (and not say) about sexual desire? The problematic way sexual desire has been framed seems like a global issue, and I think it’s worth several squirmy self-confrontations to consider a healthier, more respectful, and more transparent way to talk and write about sex.

(Written by Melanie Lee. Melanie is a writer and lecturer from Singapore. She mostly writes about the arts and heritage, and has also published an award-winning picture book series, “The Adventures of Squirky the Alien”.) 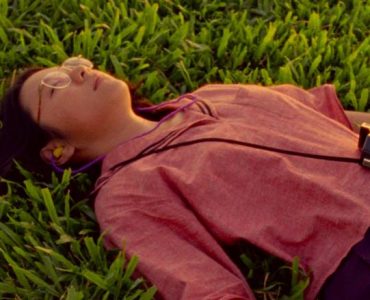