Do you take my work, patience, and kindness for granted because I’m Asian? 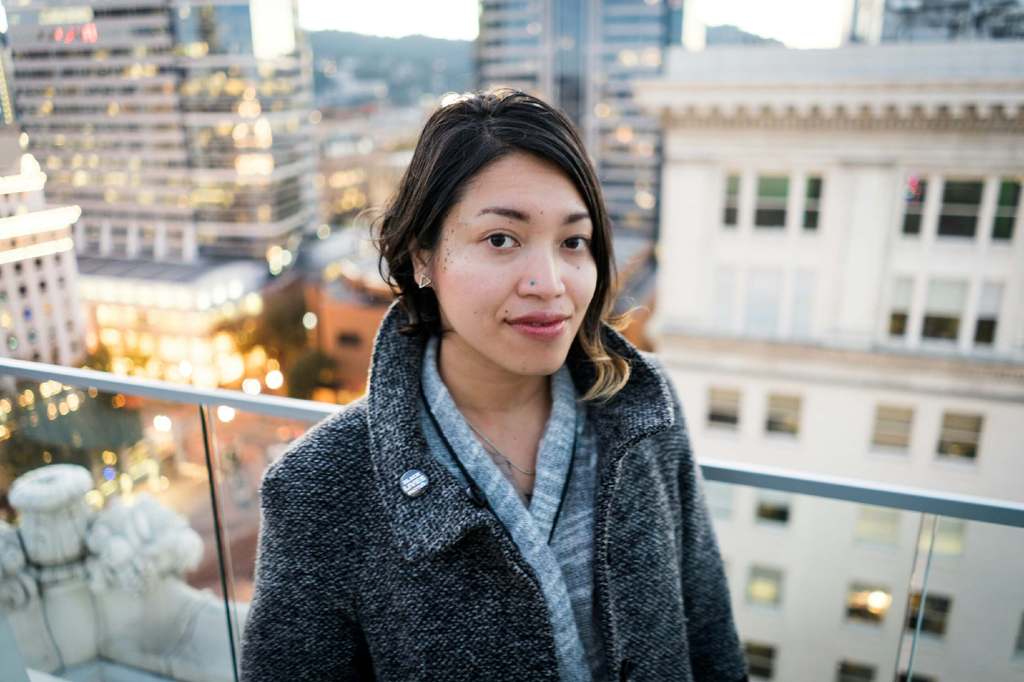 There are names for the struggles Asian Americans share: the perpetual foreigner syndrome, the model minority myth, and for Asian American women, oriental fetishism and white sexual imperialism. As a Thai woman in the US, these are not ambiguous concepts to me. In my career I’ve been through toxic work experience from office jobs to restaurants to art, wearing the battle scars from the racism and chauvinism I endured. When people took my labor – professional and emotional – as nothing, I often wondered: Is it about me or is it because I’m Asian?

Unfortunately, there are reasons to suspect the latter. First, it’s not just me. I’ve interviewed several Asian Americans from many walks of lives and their stories mirror mine. Second, the challenges we commonly faced fall into the same patterns.

We’re not ‘supposed’ to be the nannies.

When the humorous video of a Korean mother crawling after her two children during her white husband’s live BBC interview went viral, people assuming that she was a maid shone a spotlight on the world’s colonialist thinking: that there’s a hierarchical power relationship specifically when it comes to Asian women, that we’re subservient to whiteness, and that we’re accommodating, like a maid.

Months later, the New York Times published My Family’s Slave, which details a memoir of author Alex Tizon’s family secret: the financial and domestic abuse of their trapped, live-in Filipina maid named Lola. “Unquestioningly” Lola served the family and slept on floors until permitted a bed, was scolded for getting sicked, absorbed the family’s physical labor and displaced anger, so that they were free to explore their opportunities in America over her expired Visa.

Both stories triggered terrifying memories in me because I, once, was a nanny. Don’t imagine the humorous satire of The Nanny Diary

. The joke of that story was ‘a white girl being the nanny’ and the main character even says, “Nanny fact: In every one of my interviews, references are never checked. I am white. I speak French.” I had my one-year live-in nanny gig in New York in my early 20s, and my experience was a horror beyond compare.

I slept in a sectioned off, curtain-for-wall space in a cold basement. From cleaning the bathroom to washing dishes, to childcare for three, it all eventually turned sour: the family did not negotiate my exact hours when I approached them, yet continued to delegate more and more work while scolding me for a lack of effort. At a certain point, I realised that my employers denied approval as a tactic to manipulate me to force out more labor, to prove myself and my loyalty.

The reason I endured such treatment has something to do with growing up in poverty in Chicago with immigrant Thai parents, where you are habituated to brutal labor and long hours as a source of survival and pride. My Thai heritage leads me to strongly identify with the group I belong to, and being greng-jai (a Thai concept of not inconveniencing others) means shouldering the blame, unquestioningly taking what’s given, and gaslighting myself to tolerate entitlement when it comes to exploiting my labor. My desire to give dāna (selfless service) was ingrained in the Thai community and was exploited by others.

Madisen R. who is Japanese, Peruvian and Kosovan from a small conservative town in Texas said: “When I was around 18 or 19, a former employer hired me because he thought “Asians naturally work harder.” He always asked me to do overtime and if I refuse, he’d say something along the lines of, “Hmmph … and I thought Asians loved overtime.”

When your humanity is reduced to economic labor, the employer expects you to work as much as two workers for the price of one. That’s what happened to Nikki, who is Gujarati Indian from London.

After quitting her job, she discovered her former position had previously required 2.5 people to fill the role. During her employment, when she filed a complaint about inappropriate workload, management replied with:  “We gave it to you because we think you’re capable of so much more and wanted to stretch you.” Yet when it comes to the pay raises or other financial compensation for the added labor, management claimed the opposite: “You didn’t quite meet all the objectives we set for you.”

Moving the goalposts is a common exploitative practice, especially when you are eager to prove your worth as a minority. When Asian folks are seen as important only because they are functional to the team, supporting tasks beyond their main work often disproportionately fall on their shoulders: fetching coffee, taking notes, oh, the memories. It means you’re treated as inferior in the workplace hierarchy, not included in ‘the inner circle’.  It means your determination and talent are wasted outside the real task you wanted to achieve, robbing you of the chance to advance as a thought leader.

Asians are not robots. Period.

YJ who is Korean received recognition for his work ethic, but at a cost. Though having won an award and praised for “always going above and beyond,” he said: “… My [past] employer repeatedly called me a ‘robot’ and ‘non-human’ for not expressing my emotions, when really they just weren’t attentive to how I expressed things and missed a lot of cultural cues.”

In the US it’s a common bias that Asian folks lack emotions when they don’t express them in ways American people can easily perceive. When, in fact, everyone can feel the same complex and deep emotions, but merely express them in different ways. The reality that Asians need to remind other people of them puzzles me non-stop. I remember teaching the Thai language to a white man, enunciating five tones. With hubris, the farang protested, “There’s no tone!!!” In reality, his ears were not trained to hear Thai tones. My culture’s alphabet and language are not a fiction.

In her essay Science and Chinese Somatization, Brooklyn-based science writer Shayla Love explores cultural and psychological differences between Chinese and Western culture: how her Chinese mom and grandmother showed love through actions and service; how the brains of Chinese immigrants, Non-Chinese American people, and bicultural Chinese Americans lit up differently; and the complex bodily sensation that occurred, yet were overlooked by non-Chinese folks. What’s stuck with me was that if non-Asian American folks don’t perceive these nuances, it doesn’t mean they are not real.

Leslie W, who is of Southeast Asian and West Indian descent, describes the difficulty of being expressive, and “not having the language to share even,” due to being habitually overlooked. When the conversation is dominated by whoever grabs it without turn-taking norms, and Asian folks don’t interrupt to speak, we’re seen as docile or passive. The nuance of being thoughtful before speaking is lost. However, Leslie also said, “I also have somewhat of a reputation for being sassy as well.” The paradox is that when we’re not quiet, the “angry person of color” stereotype rears its head. The dragon lady is seen as unpleasant and relentlessly mean, when she is simply outspoken.

Human to human, we are not perfect. That should be ok.

In Tizon’s essay, he recalled his own Filipino mom minimizing Lola’s pain: “She used to get angry whenever Lola fell ill. She didn’t want to deal with the disruption and the expense, and would accuse Lola of faking or failing to take care of herself.” Lola was not viewed as a fully three-dimensional human when her labor was more valuable to her employers than her life.

It would have been fortunate if I didn’t feel Lola’s pain as mine. But I do.

I remember waiting until after 10 or 11 PM when the lights were out so that I felt safe enough to return to the cold basement. Even though I was a nanny to two boys, my job description was dictated by the ‘mom.’ I remember her getting upset if her sons left the bathroom without me immediately cleaning after them, or when the setting on the washing machine was set to “Cold Wash” instead of “Warm”, and her talking loudly about me to her husband. One day, she asked me to mop the three flights of stairs. I didn’t owe her such labor, but I did it anyway.

A year later, I fled the employment in a dazed state, as if breaking free of the grip of Stockholm syndrome. I took everything I owned with me – which was not much – from that basement to a furnished Brooklyn sublet and resumed art school, but left the gifts and toys I had bought for the kids. Even if they didn’t see the work, it doesn’t mean it was not real.

(Written by May Cat. May Cat is a Thai-American with a background in Art and Education. She grew up in Chicago, attended Cooper Union in New York City, and now lives and works in Portland, Oregon.)