The Silence Breakers, the Women Warriors of Asia 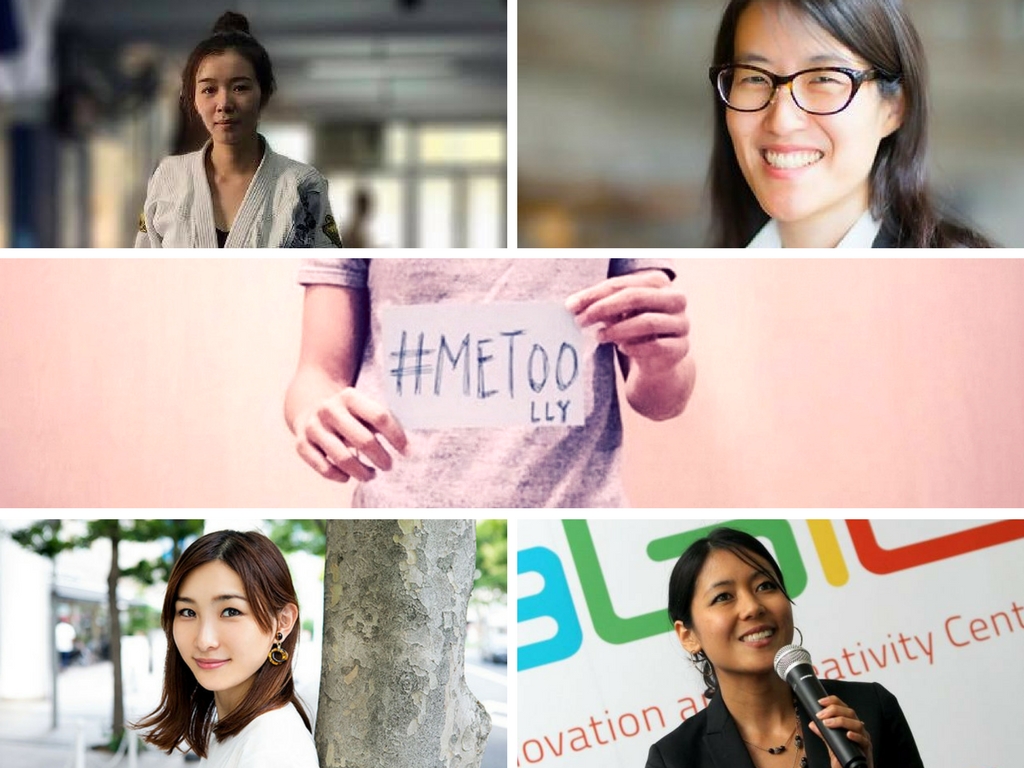 As 2017 comes to a close, #MeToo has become the most defining movement of the year. Following the shocking revelation of sexual harassment accusations against powerful male predators that began in Hollywood in October, more and more survivors have come forward, exposing gender abuse in various industries – the media, academia, culinary world – and countries such as the UK and France. In December, TIME Magazine chose the Silence Breakers – the majority of whom were women – who spoke out against sexual harassment and assault, as Person of the Year.

In Asia, we can witness the impact of the #MeToo as well. In late November, star hurdler Vera Lui became the first public figure in Hong Kong who came forward with a #MeToo story. She wrote a Facebook post on her birthday to tell how she was sexually assaulted by her school’s sports coach when she was just 13 or 14. “Speaking the truth is cathartic, and is a transition on my part from being a victim to a survivor,” Lui wrote. “This is my birthday present to myself.” Her courage inspired others. Days later, in early December, Louisa Mak, a former Miss Hong Kong, also revealed that she was sexually abused when she was 17 or 18 during a delegation visit to mainland China.

In May, Japanese journalist Shiori Ito took a courageous step to publicly accuse a senior journalist and close friend of Prime Minister Shinzo Abe of raping her. While the prosecutor refused to pursue the case, Ito’s determination helped raise awareness. When #MeToo first went viral in mid-October, Japanese women were among the first that embraced it – in the first two months, there were around 60,000 tweets on the topic in Japan, the eighth largest reaction in the world. On December 17, popular Japanese blogger Ha-chun wrote a Facebook post and a BuzzFeed Japan article on her sexual harassment experience, kick-starting a slew of tweets by other survivors. In just two days, on December 17 and 18, there were an additional 10,000 #MeToo tweets, placing Japan at No. 3 worldwide.

While recent #MeToo headlines worldwide have been dominated by white female celebrities, it’s important to remember that women of color have long played a crucial role in campaigns against gender-based violence. The #MeToo campaign was started by black activist Tarana Burke a decade ago, and more than 15 years ago, Anita Hill testified in front of all-male Senate committee that she was sexually harassed by Supreme Court Justice nominee Clarence Thomas.

Asian women have been in the forefront of exposing sexual misconduct in the tech industry, from Ellen Pao who sued Kleiner Perkins for sexual discrimination and harassment in 2012; tech entrepreneurs Niniane Wang, Susan Ho and Leiti Hsu who went public in June with sexual harassment allegations against venture capitalist Justin Caldbeck; to Malaysian tech executive Cheryl Yeoh who revealed in July she had been sexually assaulted by venture capitalist Dave McClure.

As more women speak up and assert their rights, we can expect more backlash. In Hong Kong, Lui’s and Mak’s stories are greeted with mockery from the male-dominated media pundits. Chinese netizen Xu Yalu’s #MeToo post on messaging platform WeChat was viewed more than 1 million times, got over 17,000 likes and nearly 9,000 comments before censors deleted it. Xu’s story was a classic example of how survivors of sexual assault and harassment in mainland China encounter various systemic barriers to seeking justice, from police indifference, crackdown on activism to victim-blaming.

In the world where survivors and victims are stigmatized and branded as being “untrustworthy”, “manipulative”, “revengeful” and more, it takes a lot of courage for them to come forward. Some say they do it as part of a healing process, some say they want to help protect other women. “The idioms for revenge are ‘report a crime’ and ‘report to five families’,” writes Maxine Hong Kingston in her novel “The Woman Warrior”. Telling stories is an act of heroism, and in the new year, let’s make a resolution to support these heroic warriors. #BelieveWomen, reform the broken system, and change our everyday sexist, victim-blaming mindset.

Yenni Kwok is a Hong Kong-based journalist whose works have been published in various media outlets such as Time Magazine, the New York Times, the Guardian and CNN. She was born and raised in Indonesia, and is personally interested in writing about women’s rights and empowerment.