2017: The Year of Seoul Streetwear 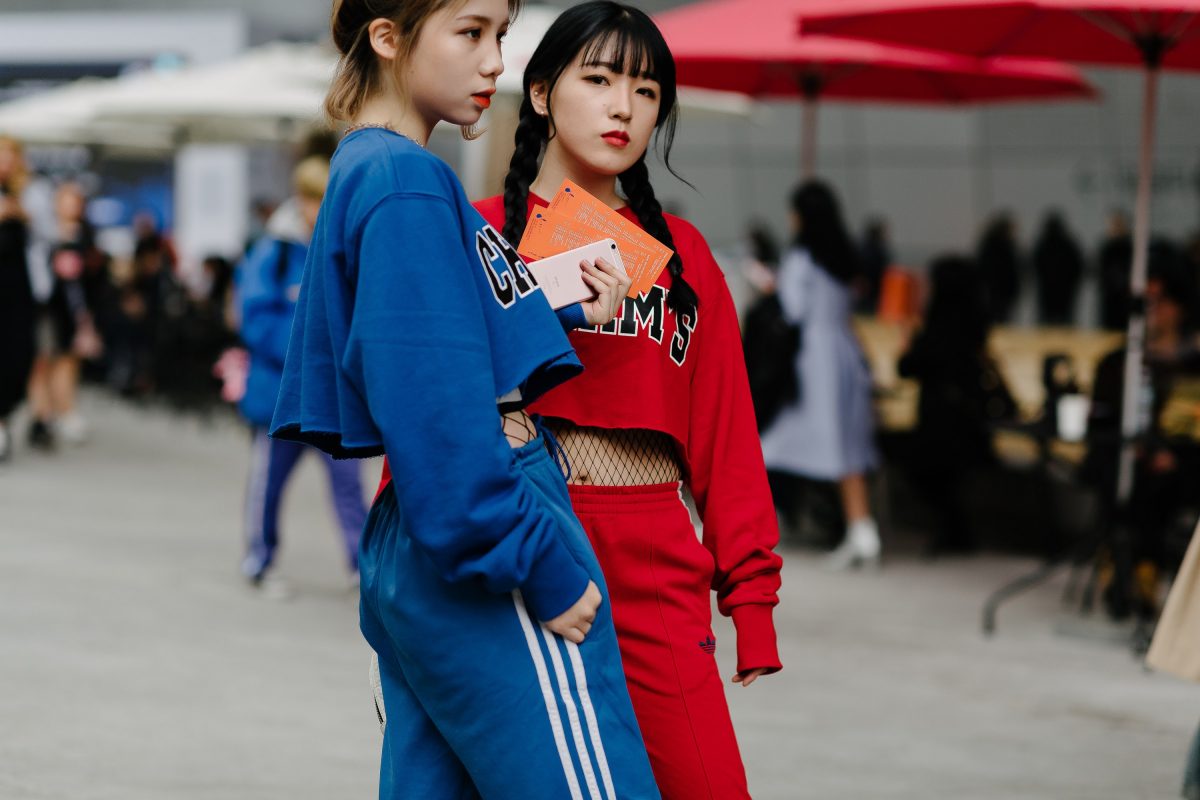 At the start of the highly acclaimed Seoul Fashion Week, in October 2016, Vetements held a pop-up at a remote property in Seoul. The reason? The Paris-based brand wanted to counterattack against Seoul’s fashion counterfeits with their own “Official Fakes.” Except, instead of paying for a fake replica, people were getting the real thing. Vetements, a must-have brand for any streetwear enthusiast, is one of the most copied brands in Seoul’s well-known counterfeit market.

Streetwear reigns supreme in Seoul, where the youth and homegrown designers are spearheading the movement that’s bringing its culture to the world’s main stage. Brands like Vetements are taking notice, and this year style-conscious, trendsetting Seoulites were at the epicenter of it all.

What exactly is streetwear?

Historically speaking, streetwear was born and bred in the 1980s surf and skate culture of Los Angeles. Over time, streetwear became an umbrella term that encompassed hip-hop fashion. In the late 1990s and early 2000s, Japanese street fashion — particularly from the Harajuku district of Tokyo — also became synonymous with streetwear.

Whatever its backdrop, streetwear is what the youth is wearing. It doesn’t conform to a single look or style, it is what you want it to be. In some ways, it’s a marker of a person’s identity and because the youth are still navigating this part of the human experience, their spin on streetwear is what fashion editors are looking at.

How did Seoul get all of this attention?

On the surface, South Korea is a small peninsula in east Asia. However, it has proven that its impact is much larger than the land it covers. The country has a remarkable rags-to-riches story and its climax is a great contrast to the obscurity it once faced.

Now it is a leader of innovation with a catalog of feats in tech, pop culture, films, and more. This innovation comes to a head in Seoul, its capital city and the part of South Korea most outsiders associate the country with most.

The fascination with South Korean is so infectious that it’s been called the Korean Wave or hallyu. Hallyu itself is a constant cycle of new music, films and dramas vying for the attention of pop culture. Boy and girl groups dominate the airwaves of many countries over the world as well as South Korea, all of which are part of a high-energy and high-pressure industry looking for the next big thing.

No wonder Seoulite fashion is as fast as it gets. Street fashion grows on the energy of the street, like grassroots rather than a trickle-down from haute couture names. Like other aspects of hallyu it works at a maniacal pace to shell out the trends people want, with energy like no other city.

It’s also backed by quality. Seoul is known to have some of the best fabric markets in all of Asia, filled with skilled artisans and designers collaborating on high-quality, cutting-edge designs. Having designers, craftsmen and artists all at each other’s doorsteps is a significant reason why Korean streetwear and fashion, in general, will continue to be influential.

Despite streetwear being an import, the fashionistas of Seoul have put their own spin on street styles. In Seoul, you’ll find a mix of high-impact logos, gender-fluid silhouettes, all with a touch of sophistication and luxury. These styles are mainstays in fashion districts like Dongdaemun, Hongdae, Gangnam and Myeongdong.

The Zaha Hadid-designed Dongdaemun Design Plaza (“DDP”), the main venue of Seoul Fashion Week, is surrounded by mega malls filled with fabric markets and thousands of small shops. With whole neighborhood working in street-level fashion 24/7, it radiates a different energy from, say, the Grand Palais in Paris. Stylenanda, an online shopping mall stemmed from that Dongdaemun street market, now has its own cosmetic line and offline stores all over Asia.

One of the main players of Seoul streetwear is Kathleen Kye. Endorsed by the likes of Rihanna and G-Dragon, Kye’s unisex designs have set the standards for streetwear. In certain respects the US-born designer is a pioneer in South Korean streetwear, having showcased her work at New York Fashion Week back in 2011 and giving the world one of its first looks into Seoul streetwear.

A characteristic of Seoul streetwear is its fluidity, centering on styles that don’t subscribe to femininity or masculinity. Brands like 13 Month, Ader Error, SJYP and Agender all break norms with their modern, casual, nonconforming designs.

Where is Seoul streetwear going from here?

It seems Seoul is discovering its own It City status in the wake of global attention to Seoulite street fashion. More sparks will fly for South Korean brands expanding abroad, rather than Vetements or Supreme coming in. This year Kasina, a South Korean streetwear shop, collaborated with adidas Consortium to launch a limited edition sneakers to celebrate the retailers’ 20th year. The sneaker was inspired by Taesahae, historic shoes of the Korean aristocracy.

With each part of the ecosystem, from designers to models to retailers, growing solidly, Seoul’s streets are rediscovering their past while also building a new heritage.