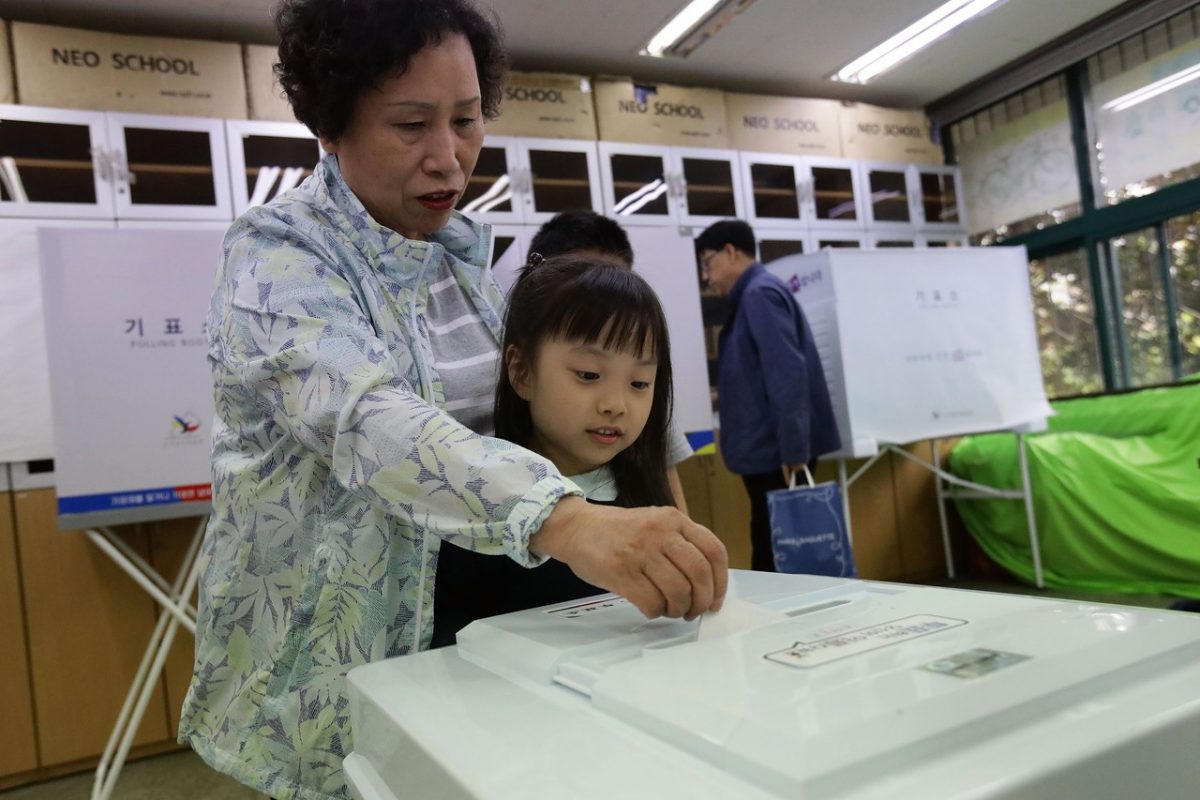 Like every year, 2018 is going to be full of elections and political theatre, but it’s easy to miss the big picture in the daily rush of political reporting. We’re here to help with nine elections to watch this year. What, when, where? Get it here.

First up is one of Asia’s smallest countries, the Kingdom of Bhutan (Druk Gyal Khap), nestled between the Chinese region of Tibet and the Indian states of Sikkim, Assam, and Arunachal Pradesh. The country only became a constitutional monarchy in 2008 and this year, at its third parliamentary election, five parties are vying for seats in its bicameral parliament. The People’s Democratic Party hopes to remain the governing party, but for all the parties, and also the citizens of Bhutan, strengthening democracy and representation is also an important victory.

Following the dramatic and heartening display of popular resistance against the corruption of the Park Geun-hye conservative government, and the subsequent election of the liberal Moon Jae-in, Koreans will head to the polls on June 7th in the 7th local elections. With 17 metropolitan mayors and governors, and thousands of lower-level officials and assembly members to be elected, the liberal and progressive parties are looking to continue their rally at the local level.

From the northeast, to the southeast, where the party of Indonesia’s president Joko Widodo (Jokowi) looks to be in good shape in the coming local elections, with the economy growing swiftly, inflation low and jobs bustling. The government is trying to keep the sailing smooth and the elections calm and peaceful to set the tone for the 2019 general elections. No matter the outcome, let’s hope it’ll be another win for democracy.

Swinging back to the mainland, Cambodia’s general elections are to be held on July 7th. However, with prime minister Hun Sen of the Cambodian People’s Party in power for 33 years, it is an open question what will happen. Hun Sen has declared no international recognition is required for the polls, which, fair enough, but he’s also threatened war should his party lose the poll, which is certainly taking it a bit far (massive understatement). Let’s hope the elections will be more democratic and peaceful than we fear.

Scheduled for July 15, all 342 seats of the Pakistani national assembly, the lower house of their parliament, are up for grabs. The Muslim League of Prime Minister Sharif is looking to stay in power, but the main opposition party, the Movement for Justice headed by Imran Khan, looks stronger than before. Still, whatever happens, a successful transition of power in this interesting nation, traditionally dominated by its powerful army, would be a powerful signal for democracy.

Some time before August 24, Malaysia will also hold its national elections, though both its corruption-scandal-battered prime minister Najib Razak of the United Malays National Organization, in power since 1957, and the fractured opposition, disunited after the rather political jailing of its figurehead, Anwar Ibrahim, would likely prefer different circumstances. It seems likely Najib and his party will retain power by playing at dog-whistle politics against the Chinese minority and playing up conservative religious values. Unfortunate prospect for a country with the potential and position and talent to do much better than it has in recent years.

More than four years after the 2014 May military coup, the National Council for Peace and Order (nice euphonious name, that) is to finally allow Thai citizens to again vote for the 500 seats of the house of representatives and get a democratically elected government again. With a new constitution, and due to announce an exact date in June, we can also hope the Thai military will stick to its promise not to stage another coup.

In late 2018 the reeling Chinese Nationalist Party (Kuomintang) will struggle to retake at least a few cities, counties, and special municipalities, if it is to survive the fallout of the Democratic Progressive Party’s landslide victory under Tsai Ing-wen, Taiwan’s first female president. Unless an unexpected upset occurs, the future looks bleak for the 123 year-old Kuomintang.

India, one of Asia’s two continent-sized countries, is a federation with 29 states and 7 territories. Recently, the right-wing hindu-nationalist Bharatiya Janata Party (BJP) under prime minister Narendra Modi has been on a roll, and the venerable centre-left Congress Party has struggled to remain relevant. Under its new (but dynastic) leader, Rahul Gandhi, Congress will be sorely tested this year, while many regional parties will also battle for prominence. The elections are also seen as bellwethers for the 2019 Lok Sabha (lower house of parliament) elections.

The US is not an Asian country, but with a massive military, economic, and cultural presence in the region, we’d be remiss to ignore their mid-term elections, where the centrist Democrats will seek to wrest control of both the lower house (Congress) and upper house (Senate) of the US parliament from the right-wing Republicans under their eccentric president Trump.

* Spelling note: though it is standard practice to capitalize the titles of political offices, the author of this article believes this practice makes no sense. We do not capitalize nurses or generals or scholars, why should we capitalize queens or presidents?