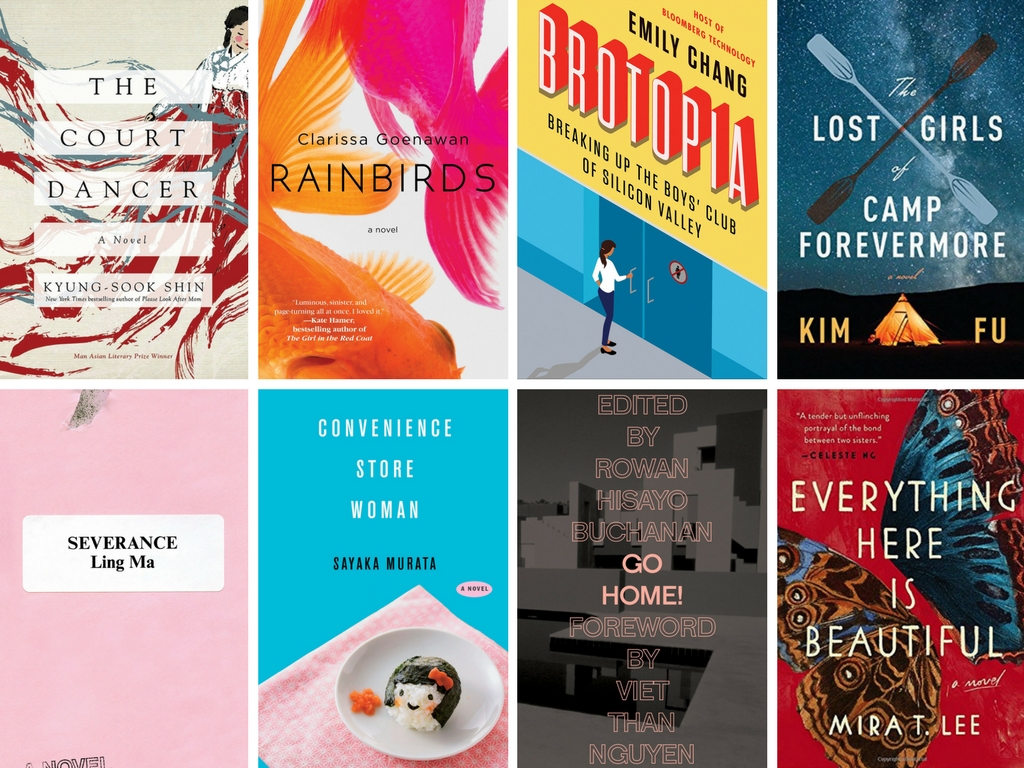 People make lots of different resolutions at the start of a new year: work out more, travel more, spend more time with family. If you’ve made made a resolution to read more, I’ve got some exciting news for you: 2018 is going to be an amazing publishing year for Asian ladies. Here I’ve pulled together ten of my most anticipated releases coming up in 2018. 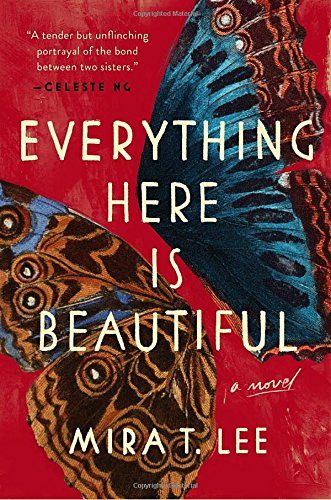 Everything Here is Beautiful is a story told by two sisters. Miranda is the older, more responsible sister; Lucia is vibrant, headstrong, and unconventional. When their mother dies and Lucia starts to hear voices, Miranda is the one who recognizes that her sister needs help. Lucia refuses to be confined by a diagnosis and takes a series of impulsive steps, marrying a big-hearted Israeli before leaving him to have a Latino immigrant’s baby and move to Ecuador. But no matter how far Lucia runs, she cannot outrun her mental illness and Miranda, again, must step up to play the protector.

A story of sisterly bonds and the sacrifices we make for the people we care about, Everything Here is Beautiful is already being praised as a beautiful and heart wrenching family drama. 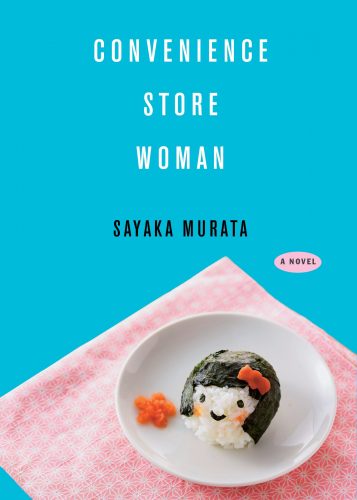 Keiko Furukura has always been considered a bit odd. Her parents worried about her as a child and so when she gets a job at a convenience store while in college, they are relieved and delighted. But 18 years later, Keiko has never had a boyfriend, has few friends, and still works at that same convenience store at the age of 36. She doesn’t mind working there and likes the predictability of her life, though she is aware that she’s not living up society’s expectations. And then she gets a new coworker: a similarly solitary young man whose bitterness and cynical nature threaten to upset Keiko’s passive existence.

If you enjoyed The Nakano Thrift Shop, this may be your cup of tea. Convenience Store Woman, translated by Ginny Tapley Takemori, offers a humorous yet piercing examination of Japanese society and the pressure to conform. 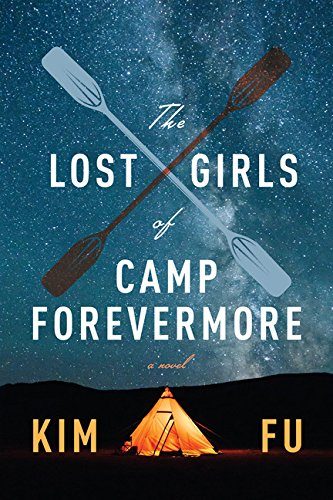 Five young girls attend Camp Forevermore, where they make friendship bracelets, swim, and sing songs by the fire. The culmination of their stay is an overnight kayaking trip to a nearby island. But something goes wrong and they find themselves stranded on the island with no adults and no clue how to get home. Readers follow the girls through this trip gone wrong and into the future, where they find love and loss, success and failure. The Lost Girls of Camp Forevermore is a striking look at one memory through the eyes of five different people and a story of friendship and the families we choose for ourselves. 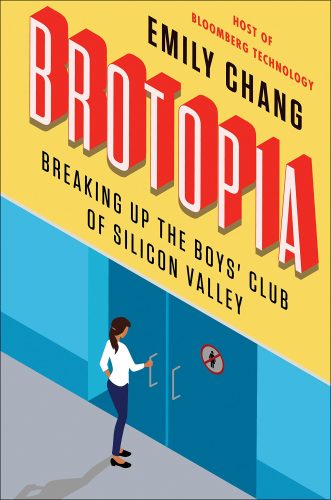 In this time of fast paced technical advancement, Silicon Valley has long been seen as the land of opportunity, an utopian society where any idea can be made a reality. In Brotopia, reporter Emily Chang pulls back the curtain to reveal Silicon Valley as what it truly is: a “brotopia” for tech bros rife with sexism and sexual harassment. Chang chronicles everything from the widely reported public scandals to the more subtle inequalities and harassment that women in tech face every day. 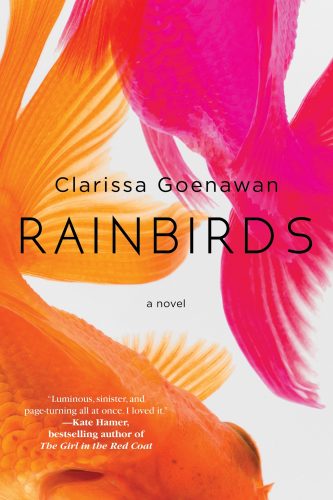 In her debut novel, Goenawan offers a who-done it with a hint of magical realism set in small-town Japan.

Ren Ishida has almost completed graduate school when his sister, Keiko, is murdered and it falls to him to go to the small down of Akakawa to wrap up her affairs. Although he never understood why she left Tokyo and their family for Akakawa, Ren soon finds himself following in Keiko’s footsteps. He takes on her old teaching job and stays in her room at a local politician’s mansion to help care for the man’s catatonic wife. The longer Ren remains in Akakawa, the more he thinks about his and Keiko’s childhood. He struggles to understand what happened the night of her murder and how he’s supposed to move forward without his sister. 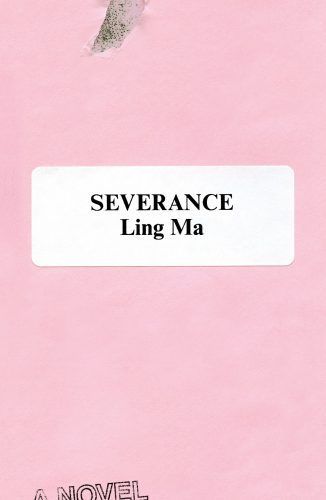 Candace Chen is like any other office worker drone. She sticks to her boring daily routine of going to work in Manhattan and watching movies in a Greenpoint basement with her boyfriend. She’s in such a rut that she barely notices when a plague of biblical proportions sweeps New York. She remains plague-free, but soon finds herself alone, passing her days by sharing photographs of an abandoned New York on her blog. Then she comes across a group of survivors led by a power-hungry IT tech, Bob, who claims to have everything they need to start over. Candace realizes that she carries a secret Bob would love to exploit and she’s forced to decide: should she stay and help rebuild society, or leave and keep her secret safe?

If you’ve been waiting for the perfect apocalyptic, millennial satire, look no further. Severance is a moving and hilarious story of ritual, family, and the missed opportunities of contemporary life. 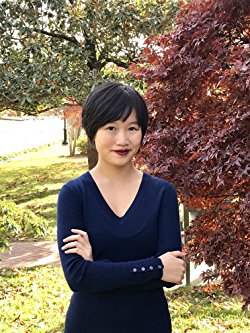 Everyone is surprised when Rin aces the Empire-wide test to study at the Academies – the test officials, her guardians, and even Rin herself. For a young woman from the Rooster Province to go from servitude to Sinegard, the most elite military school in the Empire, seems almost impossible. Of course, being a dark-skinned peasant girl at Sinegard is not easy. And when Rin discovers that she possesses the lethal and almost mythical power of shamanism, things get even more complicated. As Rin learns about the gods and her new powers, she also realizes that war is on the horizon and that, as a shaman, she will have an important role to play in the future of her people.

The Poppy War is the first book in an epic new fantasy series featuring complex and vibrant worldbuilding and a heroine who must rise above her poverty, gender, and fears for the good of her people. 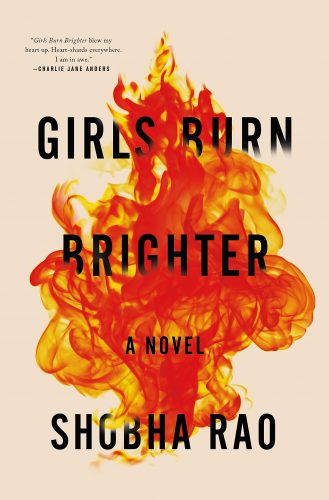 Poornima grows up in a world where daughters are considered burdens. After her mother’s death, it falls to Poornima to take care of the household and her siblings, at least until her father can find her a good match. The arrival of Savitha, a happy and independent young woman, opens up Poornima’s small world. The bond between the two girls grows so strong that when an act of cruelty forces Savitha away from the family, Poornima decides to step into the unknown to find her friend. Poornima tracks Savitha through India’s seedy underworld, across an ocean, and ultimately to an apartment complex in Seattle, Washington.

Told in alternating perspectives, Girls Burn Brighter is a beautiful take on female friendship and the strength of hope against seemingly insurmountable odds. 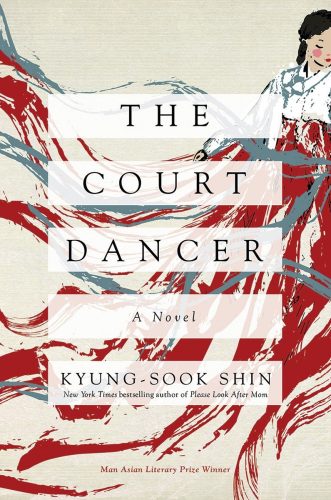 Although Yi Jin is an orphan, she is lucky; she’s caught the attention of the Empress and brought into life at the late Joseon Court. During a dance performance at court, Yi Jin catches the attention of a young French diplomat, who falls in love. After appealing to the Emperor, the young diplomat is given permission to take Yi Jin back to France with him and she is whisked off to a world like none she has ever known. In France Yi Jin is a free woman and lives off translating and publishing Joseon literature with another Korean student. But life in France isn’t always easy and is marred by grief and homesickness. And when Yi Jin finally does return home, she finds betrayal, jealousy, and courtly intrigue waiting for her.

In what is being described as a rich and lucious work of historical fiction based on a true story, Kyung-Sook Shin brings the vibrant Joseon court to life. 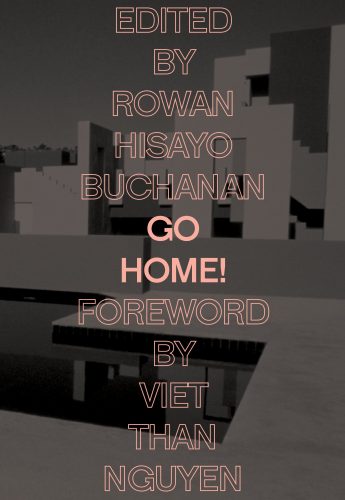 Go Home! is always an insult, often an impossibility, and now a collection of new, emerging, and established Asian diasporic writers. In a world where the personal and political often get tangled up together, this anthology attempts to encapsulate the feeling of being a perpetual foreigner, even in your own home. It gathers fiction, memoir, and poetry from a wide variety of authors, including Alexander Chee, Kimiko Hahn, and Amitava Kumar.