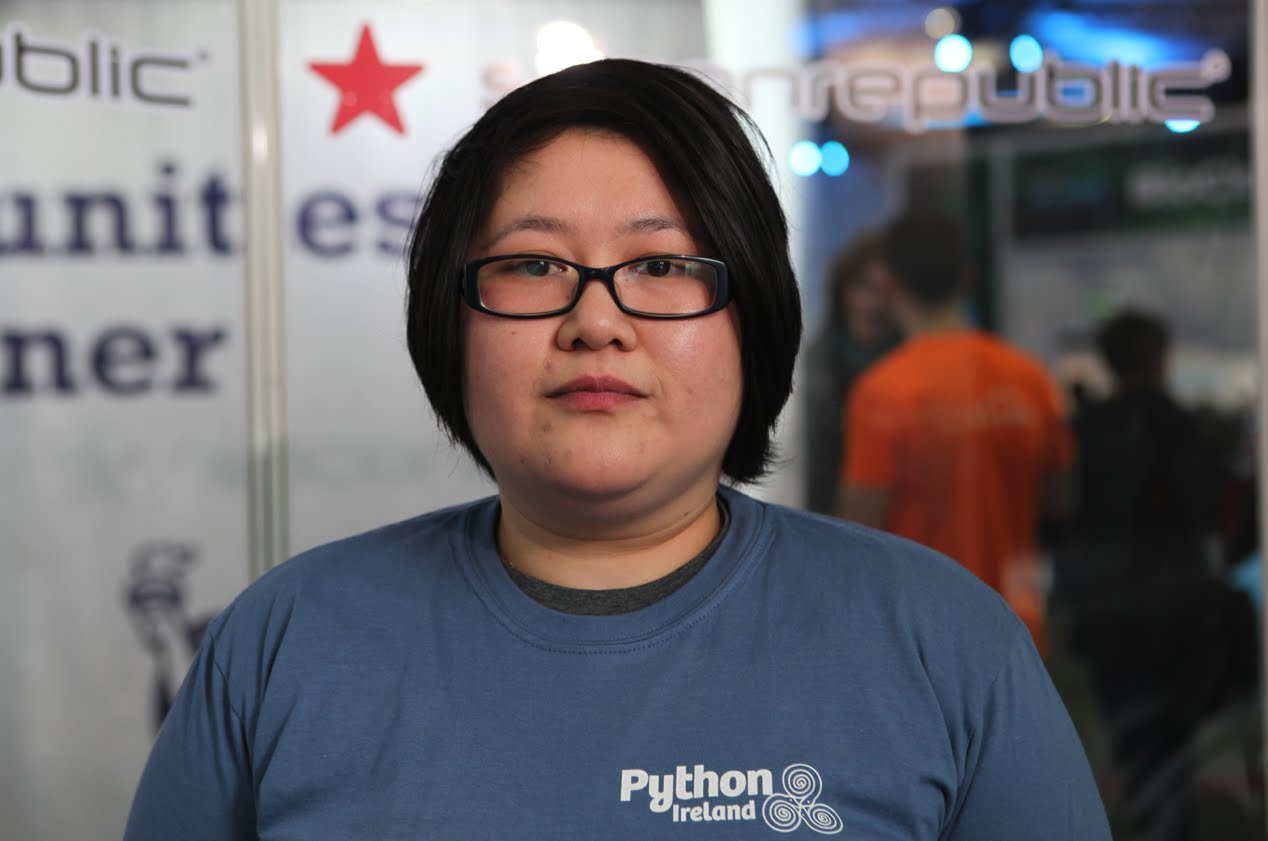 Long Ago in Limerick, Ireland

I’m a second generation Irish Born Chinese (IBC) girl who grew up in the Mid-West of Ireland, in a city called Limerick. Growing up in the days when the Internet was just an ear-jarring noise of buzzes, beeps, and digital squeals, I created basic websites out of curiosity. It was a far cry from today’s easy-to-build websites, social media pages, and many other accessible alternatives. Patiently uploading the photos, I had to set an alarm because going online was pretty expensive and my father had given me a strict time limit.

Scrub forward a few years: I’d graduated, moved to live in Dublin, and was working in tech. I was writing code both at work and as a hobby at home.

As time passed, I began to miss my Chinese heritage. I was surrounded by the world of tech and there wasn’t anyone I knew who spoke Cantonese unless I headed to the local Chinese supermarket where the Hong Kongers mainly shopped. I didn’t have the privilege of Chinese Schools when I was younger, and it blew my mind when I heard that there were two in Dublin. Surely there must be other second-generation folks like me!

I surfed (lingo used at the time) the web and found British Born Chinese (BBC) sites and forums. I spent endless nights reading people’s stories and experiences that were similar to mine. I finally plucked up the courage and emailed one of the BBC sites called Dim Sum, and asked if they had an Irish site. They suggested that I should create a site for IBCs.

What a terrifying thought! Creating a website or joining other people’s discussions was one thing, but starting a community was completely out of my comfort zone. And yet I did it. I launched irishbornchinese.com in 2002. I met folks virtually, conversed, laughed, and even met some in real life. It was amazing to be able to finally connect with my peers, and to use technology as the platform to achieve this goal.

Tech and Career and Diversity

As my career progressed, I got more involved with the tech community and started to take charge and run a monthly meetup group called Python Ireland from mid-2005.

I also ran Python Ireland’s first four conferences: PyCon Ireland. It was a brand new experience, and not just learning about technologies, but dealing with speakers, venues, sponsors, and PR. Organising an event that ended up nearly five times larger than our monthly meetups, with nearly 100 attendees, it was on a different level. The first PyCon Ireland was mainly organized by my husband and myself. Even during our holidays in Hong Kong, we spent most of our time in Starbucks, using their wifi to handle from programme to event T-shirts.

As the years went by, an ongoing conundrum emerged. How to get more women to attend the monthly events and annual conferences? I was super ecstatic that at the final conference I chaired for that group in 2013, I managed to invite the first female keynote speaker from San Francisco: Lynn Root, who was also the co-founder of the SF chapter of PyLadies.

I saw this as a sign to launch PyLadies Dublin that same year, 2013. Around this time I was getting more and more outspoken about diversity in tech. For years, besides asking where are the women in tech, I would quietly look around and ask where are all the Asian women in tech? Are there any at all?

Today I am happy to say that there is an increase in Asian and other women of colour in tech, and going to tech events and conferences, especially the ones I’m involved in. It’s a great start and it’s important to keep the momentum going.

Amazing Women on the Tech Scene

I met many amazing women in tech over the years, and one of them, Andrea Magnorsky, got me involved with running female-friendly workshops called Coding Grace. A bunch of us female devs, engineers, and my husband brainstormed on why there are not many girls in kids’ coding clubs and that’s how Coding Grace was formed.

I ran a coding workshop for adults in May 2013 and the response was wonderful. Since then I’ve been organising and mentoring workshops covering coding languages, electronics, animation, and games. We provide an inclusive and safe environment for people to learn, it’s never stupid to ask a question at our events, and all the mentors of the workshops are volunteers working in the industry.

Collaboration is now a huge part of what I do. Without the incredibly supportive tech community, I wouldn’t be here, or have my current freelancing jobs, like tech community liaison for Dogpatch Labs, Career Zoo, and 404. I’ve been voluntarily running events and connecting with the Dublin tech community for over ten years, and now I get paid for it.

How To Make A Difference

If you want to make an impact in the tech world, find a local group and join it. The organisers are always happy to accept an extra pair of helping hands and it’s a great way of giving back. Here are some organisations in Ireland besides Coding Grace and PyLadies Dublin that would be of interest to anyone who is keen on diversity in tech (for a list, here):

There will be some pushback and it’s important to have a circle of friends and family for support. If things get too much, or if you burn out, they will be the first to tell you. If there’s no group for like-minded peers to get together, be that person and set up a meetup—even if it’s held in a coffee shop, a company’s meeting room, or a library.

Then you can reach further afield. I joined an international society, called the EuroPython Society, which oversees EuroPython, so I could see how they organise much bigger conferences than I’ve ever organised. You learn about handling confrontation, especially when people are located in different countries and work as a remote team.

Be willing to chip in and show where your strengths are. Learn from mistakes and be an active member: you will gain respect from the community. Due to my involvement with the Python Ireland community and PyCon Ireland, I was nominated to join The Python Software Foundation in 2012, which was one of my proudest achievements.

More than track records, making friends and connections in tech was invaluable for me, from enquiring about local tech-related happenings to the hippest hot-desking spaces, startups, companies, and even job opportunities. Today I’m able to speak in front of 400+ people, and to take the lead on encouraging diversity in attendees, speakers, and putting in place diversity programmes. My journey is far from over, and I’m excited about what 2018 may bring.

(written by Vicky Twomey-Lee. Vicky is a coder, event organiser, advocate for diversity in tech, and self-confessed cat-hugger based in Dublin. She’s also a founder of Irish Born Chinese.)