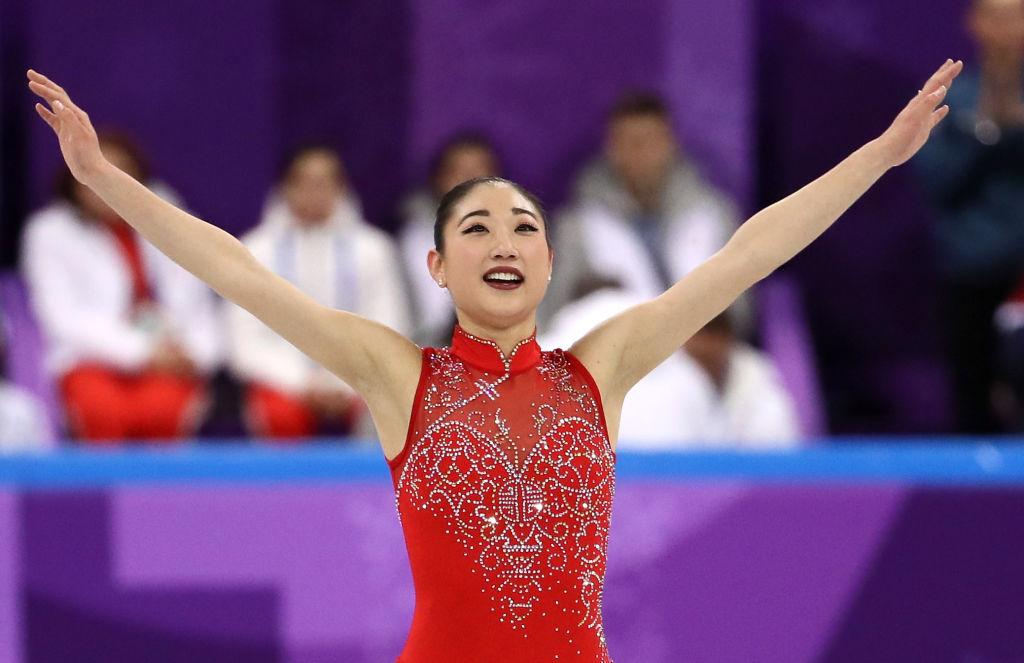 The 2018 Olympics are underway and we think it’s high to let in some fresh air, after all the politics that have gathered around these games. Whether you’re watching every event, breathlessly waiting for the medals to drop, or just scroll past, eyes glazed, here are a few athletes worth your while.

Lets cheer for her and the national team! pic.twitter.com/zsS7hTCYvN

Arabella was born in Hong Kong, but moved to Whistler, British Columbia at an early age. She is the only athlete representing Hong Kong at the 2018 Winter Olympics, and also the only skier to ever represent Hong Kong in any Olympiad. Finally, to round this out, she is the niece of Fenella Ng, a Hong Kong swimmer at the 1984 and 1988 Summer games, and a rower at the 2000 games.

Cheer for Arabella at the Ladies’ Giant Slalom and Women’s Slalom.

Having the best time at practice! Thankful for the perfect conditions out here!

A Korean-American snowboarder from Southern California, Chloe Kim (Kim Seon) had already qualified for the Sochi Olympics in 2014, but at just 13 she was too young to compete. This year, in Pyeongchang, she’s a gold-medal favorite for the halfpipe event.

As she puts it, “Competing in my first Olympic Games in the country where my parents came from is pretty insane. It should be a fun ride.”

Another South Korean speed skater, and Min-jeong is one of Suk-hee’s toughest competitors and just today set a new Olympic record in the women’s 500-metre speed skate heat, as well as taking first place in the 3,000 m heat. With this achievement, the South Korean women’s national short track speed skating team now holds all the world records, for 500, 1,000, 1,500, and 3,000 metres, as well as the 3,000 metres relay.

Huang Yu Ting started out as a roller speed skater, but switched to ice speed skating in 2015. She is also the first lady athlete from Taiwan to compete in speed skating at a Winter Olympiad, and this year the only lady representing her country in Pyeongchang.

The only Asian ladies curling team with a chance at a medal, though we keep our hopes high. Yes, curling is one of those sports with mixed reviews, but give it a chance. It’s surprisingly relaxing watching and more fun than you thought.

Liu Jiayu started out in martial arts, but switched to snowboarding at the ‘late’ age of 11, showing its never too late to start something new and become Olympically excellent at it. Ok, jokes aside, she’s excellent and finished second, behind Chloe Kim, in the halfpipe qualifying round.

Check out their head-to-head competition in the final on Tuesday 13 Feb at 11:00

Tae-ok is one half of the first figure skating pair from North Korea to ever compete in the Olympics. After the 2017 Asian Games they spent six months in Montreal under the expert coaching of veteran Canadian coach Bruno Marcotte. Now she is the only North Korean female athlete with a shot at a medal.

A favorite for the figure skating gold medal, Sui Wenjing won the 2017 world championship with her partner Han Cong. Both were inspired to start skating by the performances of Shen Xue and Hongbo Zhao at the 2002 Winter Olympics (Shen Xue and her partner went on to win gold at the 2010 Winter games).

The Thai-Italian is bringing the Winter games to a balmy, tropical country better known for beaches and buddhist temples. We’re proud of her for remembering her heritage, while remembering that where you come from shouldn’t matter, whatever field you choose to make it to the top of, whether its skiing and skating, or science and scholarship. And, of course, we’re cheering for her.

Guys, what a day. These are the moments we work for. ❤

Mirai is an LA-native Japanese-American, the daughter of Japanese immigrants, and a skater since the age of five. She has been ferocious in her skating, winning her first international medals in junior competitions at the age of just 13. This year at Pyeongchang she also leapt into Olympic skating history, becoming the first American, and only the third woman in history, to land the terribly difficult triple axel at the Olympics. Her jump secured the bronze medal for the American team at the games, and put her into the company of Japanese skaters Midori Ito and Mao Asada, the only two other women to every successfully land the triple axel.

With some many competitors, we’re certain we could have added dozens more. Are there more athletes we should have added? Did we miss your favorite? Let us know.

No matter what, though, let’s salute the example of these women in sports.