The Moon Represents My Heart: Being in a Pan-Asian Relationship 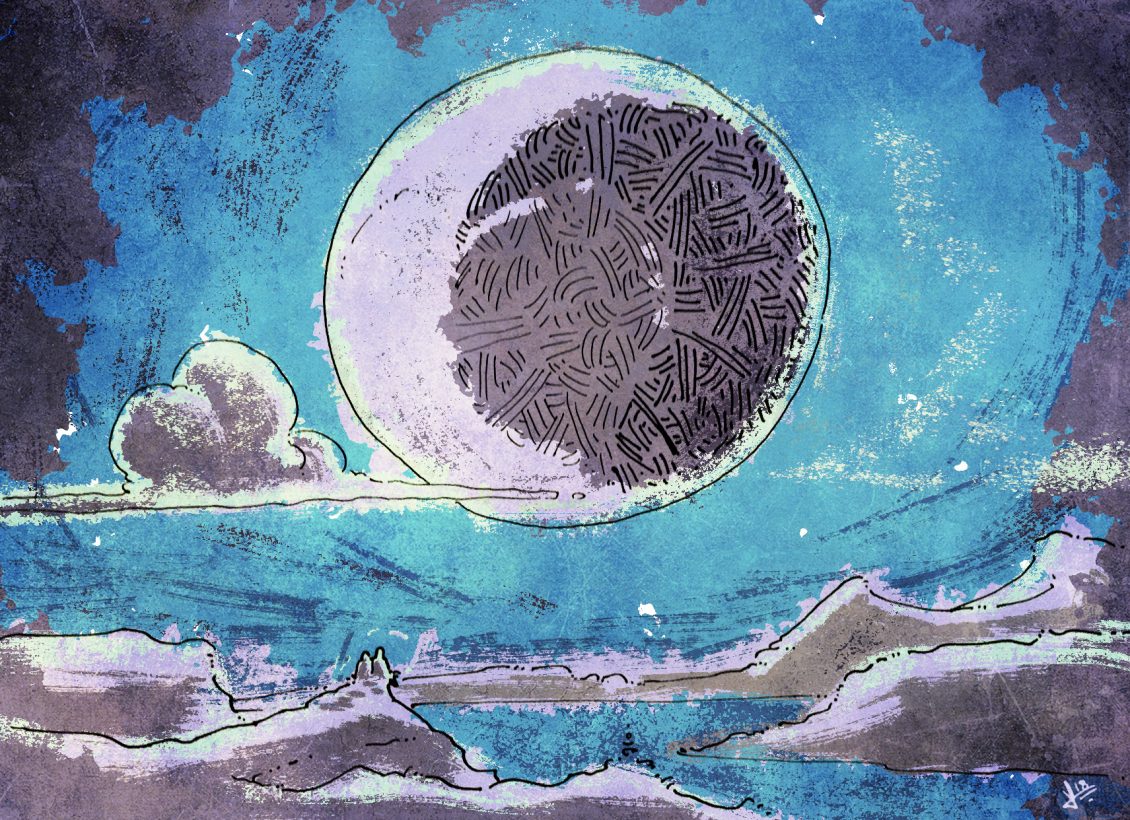 My fiancé and I are nestled together on the living room sofa, sharing a steaming mug of hot cocoa. We aren’t that exciting. Unlike our peers, this pair of homebodies prefers to stay in and watch Netflix rather than frequent bars or clubs. As introverts, time spent around other people can be draining for us. But somehow, we never grow tired of each other’s company—in fact, we’re inseparable. And though we often joke around or engage in heated discussions about social issues, we equally enjoy browsing the Internet or working on our laptops in shared, comfortable silence.

“I remember her putting it on in the background while she played mahjong with family,” he once told me.

I’m drawn to its simplicity and lyrical depth. The moon makes a fitting metaphor for unconditional love: full and luminous in the night sky, even when our own limited perspective keeps it hidden from view. This is a great opportunity to begin learning Mandarin, so I listen carefully and practice my pronunciation.

He’s Taiwanese-American, and I’m Filipino-American. When we met, we felt an instant, effortless connection. It’s a relief to have a partner who intimately understands what it’s like to be a minority, and who can relate from personal experience.

Because we live in a Western country, we are othered for not looking like what many perceive to be a typical American: Caucasian. Often, we are treated like anything but Americans, reinforcing the notion that we do not belong in the country in which we were born and raised. Asians of every ethnicity are collectively undervalued rather than celebrated for our uniqueness. But we ought to embrace who we are and what makes us different, not reject it.

Despite how we both struggle with our ancestral languages, we want our future family to be able to communicate in Tagalog and Mandarin, as well as in English. Our kids will be raised with an understanding and appreciation of their cultural roots and mixed ethnic identities so they can better navigate the complexities of the world they will be born into. Asian-Asian pairings are common in our area, an enclave that is 35% Asian. At first glance, it seems like our relationship shouldn’t face any obstacles. But almost all of the couples around us have the same ethnic background.

Our parents immigrated in the 80s and 90s. They, and others from their generation, do not share a common language, religion, or even culture, and there was little fraternization between ethnic groups. Their reasons for immigrating varied widely. Some were refugees who sought asylum, some wanted to pursue higher education, and still others were drawn by the American dream: the promise of equal opportunity to achieve success and upward mobility through merit and hard work, regardless of social class. Our families also brought prejudices with them to this new world that soured inter-ethnic relations and reinforced our social segregation. Many are unable to separate their views about past and present political conflicts between Asian nations from the people who actually live there.

My own mother thinks poorly of China’s politics and assumes that Chinese people are uncivilized, despite having Chinese ancestry. Meanwhile, my fiancé’s mother believes Southeast Asians are dirty and disdainfully wipes down every utensil before eating at Southeast Asian restaurants. Nevertheless, our parents were somehow able to look past our differences, and are supportive of our union.

It’s been a rewarding journey to learn about and engage with each other’s ethnic cultures in many small, yet meaningful ways. Over the past four years we’ve tried, to the best of our ability, to translate media like music and TV shows for each other, and to appreciate and participate in each other’s family traditions. Though at times it can be difficult for us to express how we feel, and our minds are sometimes clouded with doubt, our hearts always remain open and full of love for one another.

Last Christmas, I proposed to him through a series of small gifts that referenced our inside jokes and future goals. Among them was a pair of metal kazoos, with a note that read “May we keep making sweet (& silly) music together.”

Like our families, I hope that Asians of all ethnicities will continue to support each other instead of allowing our differences to overshadow what we have in common. We are stronger together, and have such potential to accomplish great things that benefit every member of our united community.

Asians are rarely visible in Western media, and we crave stories that honor our experiences as Asians in diaspora who come from a variety of different ethnic backgrounds. I didn’t realize how important representation truly was to me personally until I watched the Winter 2018 Olympics. Many dedicated Asian men and women have been making history and winning medals, proving we can overcome whatever obstacles we face in order to achieve our dreams. Just seeing people who look like us humanized and widely celebrated is its own small victory.

A few nights ago my fiancé and I went out for a dinner date at a local, family-owned Asian restaurant that has become one of our favorite haunts. By chance, we were seated at a table next to an older, 2nd generation Asian American couple enjoying a hot pot with their two 3rd generation children. My fiancé and I caught each other’s eyes and exchanged knowing smiles. Watching this happy family felt like peering into a mirror of our future selves to catch a glimpse of what our lives could be like in 20 years. In that moment, I reached out to squeeze his hand, and he squeezed mine right back.

Teresa Teng’s 1977 ballad is a familiar melody to me now. “Wǒ ài nǐ yǒu jǐ fēn,” she sings. There are many ways to say “I love you,” each as beautiful as the phases of the moon. Let me teach you another: mahal kita.