Who Ran the Winter Olympics? Girls! and Awesome Women! 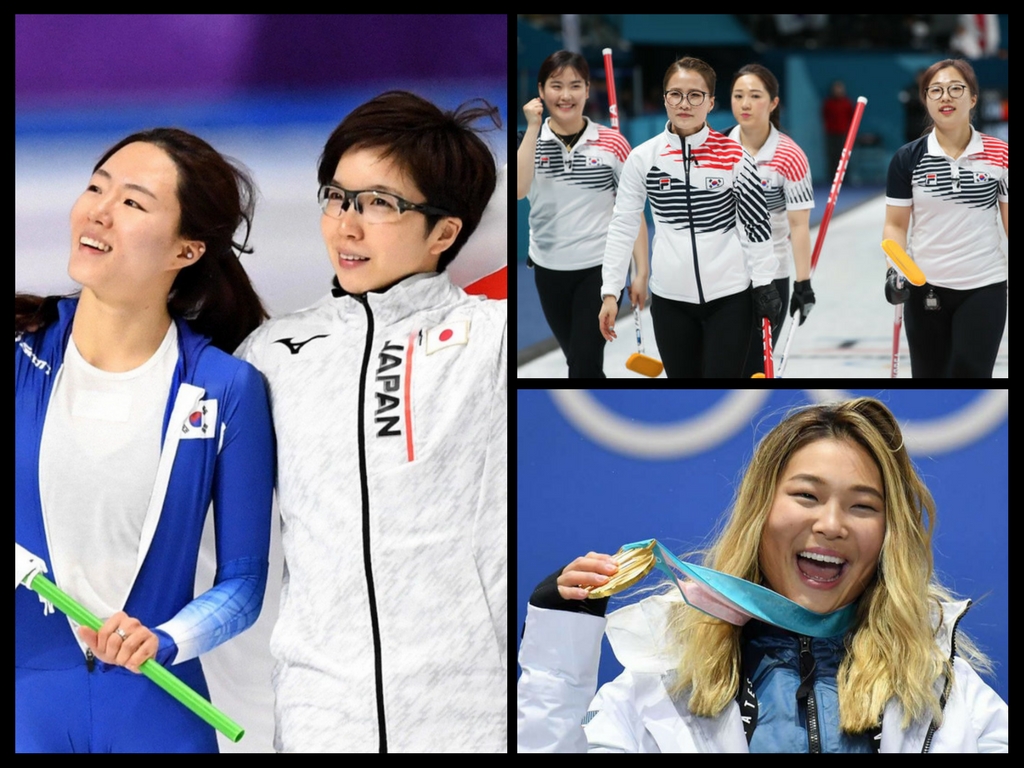 Many winter sports are traditionally neither popular nor mainstream in Asia, and the same goes for Asian female athletes. But as the Olympic train leaves Pyeongchang, and the Paralympics are coming in ten days, we can confirm that this year has been remarkably different.

For the first time in the history of the Winter Games, there were nearly as many female as male competitors, making up 43% of all athletes. Then here come the stars.

Chloe Kim, the 17-year-old Korean-American, was a breath of fresh air, breaking the typical images of the immigrant Asian girl, and the sport of snowboarding altogether. She became the youngest woman to win a medal, let alone gold, in snowboarding with a near-perfect score of 98.25. The best part is that she didn’t try to make a statement. She’s the contemporary girl-next-door we know: Instagramming her achievements, holding the tears for the sake of eyeliner, and working really really hard for something she feels passionate about.

No wonder Chloe Kim sold out a special edition of breakfast cereals featuring her. Who wouldn’t want her as daily motivation booster? Then do you remember who won the silver medal next to her? The Chinese snowboarding sensation, Liu Jiayu.

On the ice, there’s Mirai Nagasu, the Japanese-American figure skater who landed the first women’s Olympic triple axel for her country in the team skate. Sure, on the world stage, this is not the biggest news. After all, Japanese skater Midori Ito landed the first triple axel jump in competition in 1988. In the USA, however, where immigrant stories are such a hot topic, she hammers home that more than merely belonging, Asian women are contributing.

South Korean women skaters shone in short track speed skating, with 19-year-old Choi Minjeong winning gold in the 1,500m, and the team acing the 3,000m relay. Japanese female skaters were terrific in speed skating, with the gold medal in the team pursuit and in the ladies’ mass start. Then Kodaira Nao, the ladies’ 500m ace, made one of the most memorable moments in this Olympics. When the race was over, Kodaira hugged Lee Sang-hwa, who burst into tears after finishing second in her third and last Olympic. The two skated a lap around the rink, arms around each other’s shoulders, the mutual respect and affection between these world-class rivals piercing every viewer’s heart.

And of course, we have to talk about Team Kim—the Korean women’s curling team, all of whose members coincidentally share the same surname and were nicknamed the ‘Garlic Girls’ by the media after the only other notable product of their hometown of Uiseong. Before Team Kim almost nobody in Korea knew anything about curling.

Team captain Kim Eunjung became famous for her fierce and determined expression (or lack thereof), and the name of the lead player, Youngmi, became a popular catchphrase in Korea. With their grit and determination—they went without internet access for the entirety of the games to avoid the pressure of attention—they won the hearts of millions and the silver medal. With the Japanese women’s curling team winning the bronze medal, it almost seems the center of this Scottish sport is moving East.

And even in the politics, Asian women, especially Korean women were at the center of attention.

The women’s hockey teams of South and North Korea provided a striking example of professionals simply working and competing together, in harmony, regardless of their countries’ political game. Each member, North and South, crying their hearts out over the North Korean members’ departure after Olympics, they showed us the core message of Olympics. In a world of loud, shouting male voices threatening war, the sanity of female athletes restores a little hope in humanity.

Don’t forget the real force behind the show. It might not seem that way, with the glitz and glamor of the Olympics, but these multi-billion-dollar events run on armies of volunteer women. In the 2010 Vancouver games 57% of the volunteers were women, 70% in Sochi 2014, and a full 78% were women at Pyeongchang. The Olympic spirit in Pyeongchang rested on the shoulders of 14,000 women and men who trudged through the ice and snow and cold to make the games happen.

Last but not least, all of us, the audience.

The closing ceremony of the Pyeongchang games gave us performances by the K-Pop stars, singer CL and boyband EXO. These are performers who get lots of love from girls and women everywhere, and rightly so, but closing out the Olympic games? That felt new.

As viewers, we, Asian women the world over, could feel and see our own representatives on the podium and our own idols owning a global ceremony. We could all feel like ‘The Baddest Female’ and own that scene.