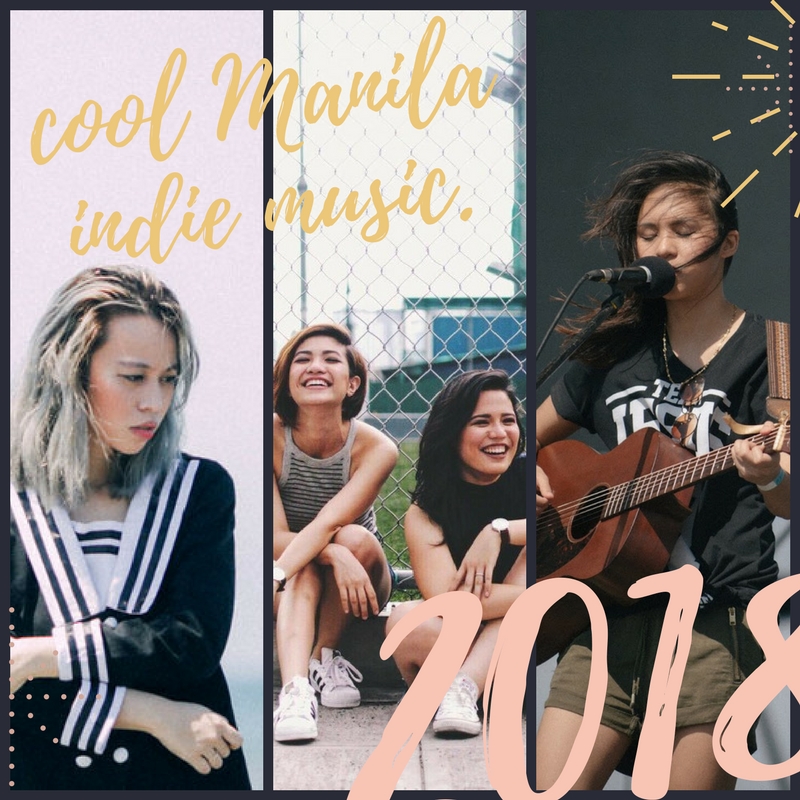 Everyone else is busy exchanging tales of their exceptional live concert experience. Stories from arenas and stadiums, the venues packed with roaring crowds. How the singer’s voice homed into everyone’s ears. The loud thumping, the unearthly sound, the blinding lights.

Meanwhile, here I am on the busy streets of Metro Manila exploring the underground gig scene. Far from the big shows there are female indie artists on the rise, making a buzz. The buzz started out local, but it’s spreading—surprisingly, some are now reaching regional and even international audiences.

I thought of those large venues because the idea of intimate shows never used to appeal to me. I liked going to the grand shows of the mainstream acts. Then, one day it dawned on me, it wouldn’t hurt to listen to the up-and-coming talents from my hometown. Despite having an extensive history in the music scene, in some ways, this grassroots level was new for me. Immersing myself in the underground community made me feel like a stranger again, everything brand new and surprisingly amusing.

To get you all inside my head, here’s a breakdown of what and who seems to be the best of the current indie crop I’ve witnessed creating great music for every ear.

If you’re a fellow spelunker in the deep hole of indie music and haven’t heard of this artist then I really don’t know who you’re listening to. Reese Lansangan is many things she can’t compromise: a singer-songwriter, a visual artist, a graphic fashion designer, & an author—all rolled into one convenient sushi. She has been quietly making a name for herself as an in-demand artist, from small gigs to musical scores for shows, to finally recording her debut album and EPs. Today most of her listeners are in the Philippines, Japan, and several parts of the EU and the US.

It was my usual Friday night when I unintentionally caught her set at an open grounds fair. The space was chilly and Reese took the stage all by herself with her signature acoustic guitar. That cool night the audience welcomed her with open arms. The loud chattering crowd of a few minutes previously was all instantly muted when she began to play. With her skilful and fine mastery of indie pop, I have to say that she truly is incredibly charismatic, yet humble. The interludes where she talked and shared the stories behind her songs were very reflective of her quieter, quirky side. Together, the stories and the songs, make her unique as a performer.

Her music ranges from the melancholic to the ethereal. She continuously delivers songs full of musical depth and stories that only she can provide. Songs that hit you so beautifully you can almost feel everything all at once. The minimalist atmosphere, the amazing vibe of the venue, and her warm and inviting unplugged rendition of the songs made the show whiz by. I feel lucky to have witnessed her in such an intimate setting before her inevitable move to the big scene, and with that talent she’s got, she’s already moving forward and up from the underground.

At the outset, let me sum things up for the uninitiated. Two ladies in their early 20s released their music few years ago and exploded on Spotify’s viral charts multiple times, both locally and in the region. They’re quickly building a surprising number of listeners and the acoustic duo of Leanne & Naara just might be your new favourite pair in town. Brought together by a school friendship, they found a common love of music and have been playing together ever since.

They have already garnered attention by topping charts from in the Philippines, Singapore, Indonesia, and Malaysia. In retrospect, their success can’t be a surprise: Leanne & Naara truly give a relaxed yet exhilarating vibe with their music. The duo’s vocals perfectly complement each other, giving birth to beautiful harmonies that combine with the sincerity of their lyrics. Their sound is brilliant for morning strolls in the summertime, but also a perfect chill jam for the night time.

Talking about #girlpower, Leanne & Naara sound exactly as I expected when I caught their set at a café. There’s a calm and pleasant vibe of awe present in them. The crowd was with them as they sang their hearts out, and as it came to an end it was clear that their presence is a needed refreshment in today’s male-dominated music scene. They knew how to cheer everyone on a lazy afternoon, and there was a melody of giggles and laughs filling the time between their sets.

I was able to hang back and chat with them afterwards, and was struck with the infectious, overpowering optimism of these two lovely ladies. Wrapping up the day, Leanne and Naara present the perfect sound for anyone who just wants to unwind. Some days this is just what we all need.

Clara Benin, your treat back to overflowing nostalgia

Third show. The light dimmed, a clue that the show was about to start. Clara Benin’s music made its way to our ears. She bounced in front of the crowd, starting off the night enthusiastic and ready. The audience waited with baited breath in the cosy, dim bar, holding drinks to their mouths, ready for an emotional trip. Her sound and her voice feel like a journey back in time and an overflowing nostalgia started to settle over the place.

This songstress is now claiming the spotlight. She has already established her name through the precision of her musical language—absorbing and soulful all at once. She has staged her own major concert, is collaborating with bigger names in the industry, opening for international acts, and becoming a mainstay on various musical radio and TV programmes. She sings emotional songs calmly and peacefully, her voice unmissable. She gets into the music, exposing her raw and angelic vocals, which ultimately feel like a lullaby, encapsulating the luminous quality of her poignant tracks.

Throughout her set, Clara, an incredibly talented indie-folk artist, never failed to show off her emotive grasp. She invited intimacy and demanded attention. She was definitely there for the music. There was no over-dramatic lightshow, nor people waving LED sticks in the air, but simply a joyous, companionable evening in her company. All in all, it’s so simple. A show that proves that less can be more.

I will stay a fan of big concerts, but the closer I look, the more I know indie and underground music is worth it. Not for some abstract bragging rights about knowing an artist before she was cool, but simply because the experience is more raw, immediate and surprising. You simply don’t know what you’re going to get, and this novelty is exciting and refreshing. And yes, ok, knowing a band before they were cool? There is that, too.

Now, where can you get more of these artists?

The easiest place to catch Reese Lansangan is on her YouTube, but she also has all the other social media places. Now, if you want an unexpected song, hop into the wild wood with her.

The best place to follow up on Leanne & Naara is on their Facebook page, but if you just want to listen, their YouTube page is the place to go. And, if you want to sing, here’s their newest song.

Finally, Clara Benin. Again, her Facebook is the place to go if you want to see behind the scenes. She’s also easy to find on YouTube and as before, you can surprise yourself with one of her songs.