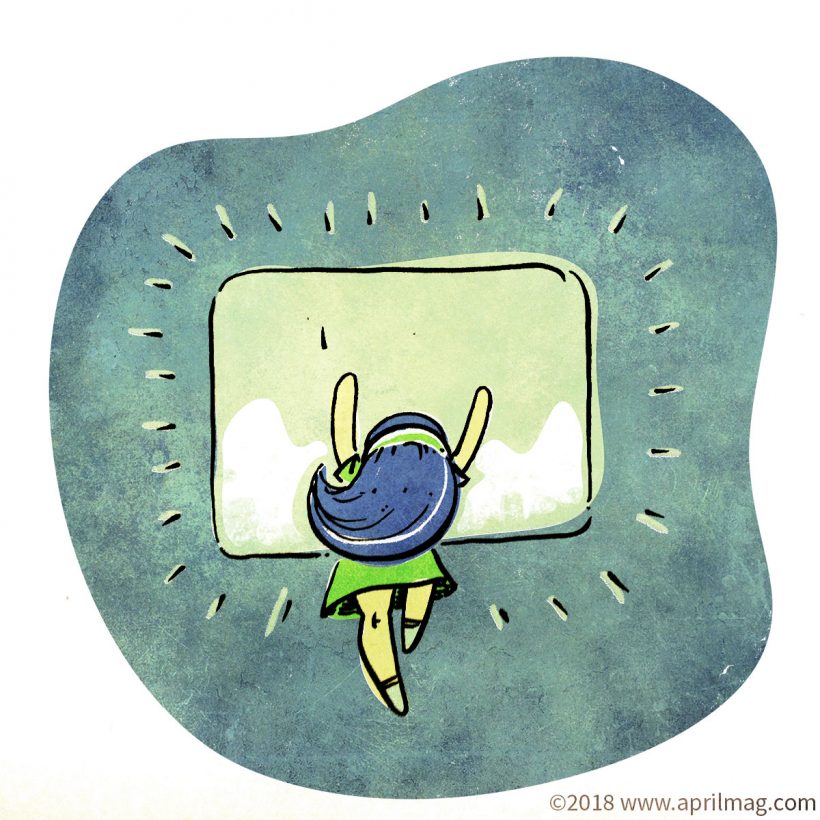 “Why would you ever want to watch the Winter Olympics?” my friend asked with a raised eyebrow. “Only white people play those sports.” In a way, she wasn’t wrong. Our Asian peers were well-represented on our high school’s tennis, basketball, and soccer teams. Even track & field. Winter sports like snowboarding and skating seemed off-limits somehow, meant to be the domain of kids who didn’t look like us and whose families could afford to take them on regular trips to ski resorts.

But as a child growing up in the 90s, the only Asian American athletes I recognized were figure skaters. From the moment I first saw them glide across the ice and land jumps in a way that looked totally effortless to me, I knew I wouldn’t forget their names. “That’s Kristi Yamaguchi” said my mother, pointing at the television screen. “And that’s Michelle Kwan.” I don’t think she realized how important it was to me at the time. But with their success came reminders that Asian Americans aren’t always considered “real” Americans.

After the 1998 Olympics, the headline “American beats out Kwan” ran on MSNBC, referring to Tara Lipinski’s Gold medal win over Michelle Kwan’s silver at the Nagano Winter Games, and implying that Kwan was not, in fact, an American. And in a recent interview, figure skater Tiffany Chin recounts an early experience with racial bias at the ice rink: “A little girl told me, ‘You’re really good, but you know you’ll never be a champion. Figure skating champions have blond hair and blue eyes, and you don’t have either.’” Chin later went on to earn spots at the podium at the World Figure Skating Championships (1985-1986) and Skate America (1983, 1986), and became the first nonwhite figure skater to win the U.S. Nationals in 1985.

Knowing this history, the Asian excellence displayed at the 2018 Pyeongchang Winter Games deeply resonated with me, and many other diaspora Asians — Asians who do not live in our ancestral homelands — in unique ways. Many of us do not feel a sense of belonging in non-Asian countries, and do not see ourselves represented in the societies we inhabit. What little representation we do have is often relegated to one-dimensional caricatures that reflect how the dominant culture perceives us.

We are the sidekicks stuffed into disposable minor roles meant to make the main characters shine. The false belief that Asians are not expressive enough for lead roles has been cited by Hollywood gatekeepers as justification: “They’re very shut down in their emotions … If it’s a look thing for business where they come in they’re at a computer or if they’re like a scientist or something like that, they’ll do that; but if it’s something where they really have to act and get some kind of performance out of, it’s a challenge,” opined one casting director.

So when I watched the Pyeongchang Winter Olympics this past February and realized that a record 14 members of Team USA were of Asian descent, I suddenly felt “seen.” Faces that looked similar to my own graced television screens across the globe, showing Asians all over the world that we are capable of more than what others might believe. This time, Asian Americans took the spotlight as a new wave of American sports heroes. Snowboarder Chloe Kim now has a Barbie doll made in her image, ice dancers Maia and Alex Shibutani’s family photos are on cartons of Minute Maid juice, and cereal-lovers everywhere can find “quad king” figure skater Nathan Chen on a box of Kellogg’s Corn Flakes. 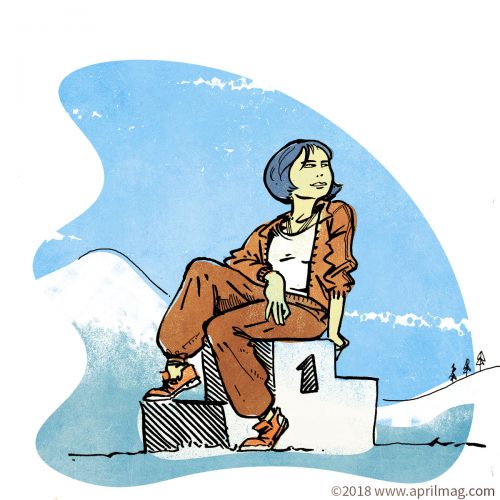 But with that rush of visibility came incidents that mirrored what previous Olympians endured — casual reminders that they, like any other Asians in diaspora, are minorities living in a nation that often alienates us and fails to portray us as individuals. New York Times op-ed writer Bari Weiss implied that Mirai Nagasu, born in the US, was an immigrant when she tweeted about the Olympian’s successful triple axel during the Figure Skating Team Event, saying “Immigrants: they get the job done.” Many netizens, including half-Thai celebrity Chrissy Teigen, called her out on her mistake, explaining why this struck a nerve with Asian Americans who are forced to deal with the perpetual foreigner stereotype. More recently, Getty Images mixed up photos of figure skater Mirai Nagasu and actress Kelly Marie Tran at the Oscars, leading to other major news outlets misidentifying the two women.

Despite these setbacks, new doors opened for Asian Americans to finally tell their own multifaceted stories. Gold-medalist Chloe Kim spoke candidly in interviews about being asked “where are you really from?,” a familiar question to every Asian American. Articles examining the teen’s complicated relationship with her identity as a Korean American also reveal that she’s been homeschooled since middle school and is fluent in three languages: English, Korean, and French. But it was her father who earned special attention for his enthusiastic, unconditional support for his daughter. Jong Jin Kim quit his engineering job, and drove 6 hrs every week for his daughter to practice snowboarding, coaching her at every step of her journey.

The Shibutanis draw on their strong, positive brother-sister bond for their success in competition, and became the first ice dance team of Asian descent to earn a medal at the Winter Olympics. Their parents moved the family across the country many times to seek out the best training for their children, and it is inspiring to see how well-adjusted the siblings are in spite of the adversity they acknowledge they’ve faced as a team who didn’t look like everybody else. Maia and Alex have their own Youtube channel, which gives viewers a behind-the-scenes look at the countless hours of work that they put into creating and practicing their routines, and recently made a video tribute to their mother, Naomi, thanking her for her continued love and support throughout their lives and careers.

It’s refreshing to hear about the ways in which Asian families have encouraged their children to pursue their passions, challenging the misconception that Asian parents are authoritarian and lack emotional warmth. It is truly a triumph to know that there are even more role models today who can inspire the next generation of young Asian Americans, and I hope that these athletes can keep bringing much-needed depth to mainstream conversations about us and our community for many years to come.