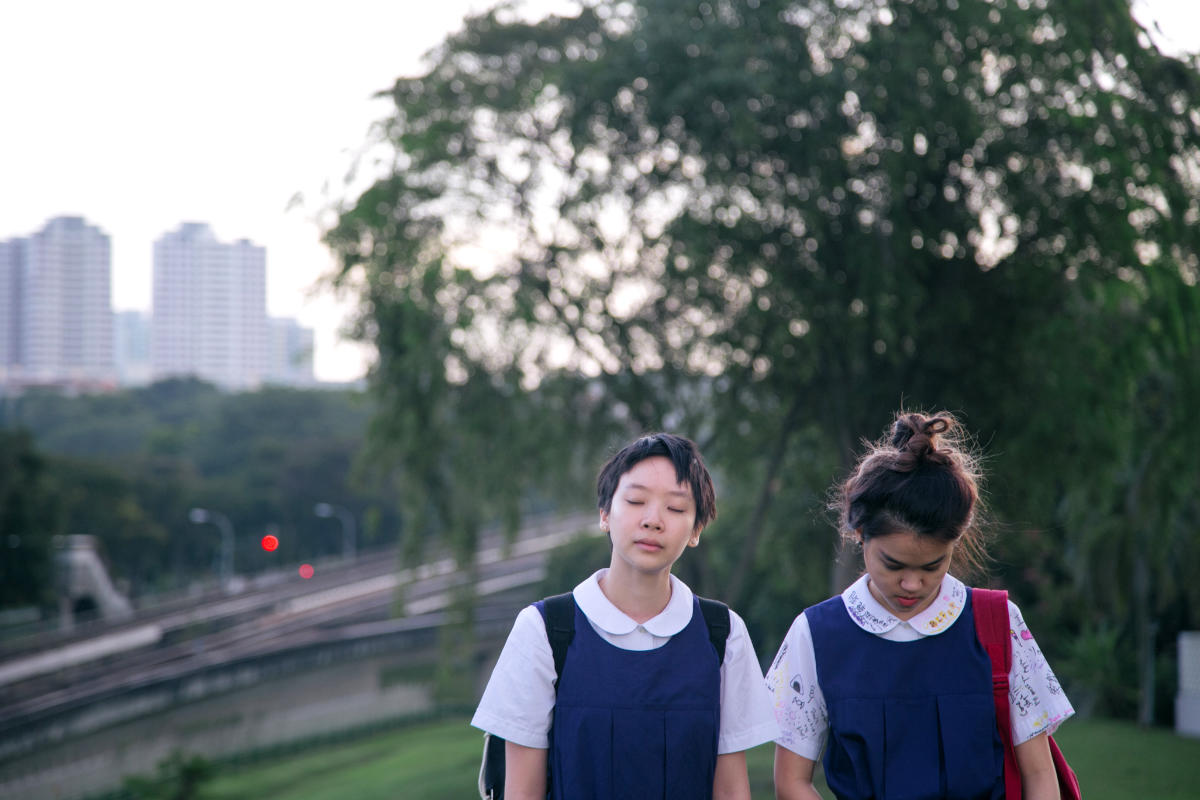 As another blockbuster smashes into the big screen, one might forget that the directors behind it, and every other big-budget studio film, all have indie roots. It’s easy even for an aspiring filmmaker to forget this, particularly a filmmaker from a smaller country.

When I saw Lady Bird shortly after its 2017 release, the comedy-drama by mumblecore indie It girl-turned-director-screenwriter Greta Gerwig, it struck a chord. It is exactly what the 21st century woman needs today. Lady Bird is for all of us, and all of us, unapologetically standing with her own desires.

Indie filmmakers out to become the next big thing can take comfort in this defiant stand, and a whole series of rising female directors from small, successful Singapore do just that and more. Defiant, desirable, and worth watching out for. These are some of the new works by emerging and dynamic film talents in Asian cinema.

“I want you to be the very best version of yourself that you can be.”
Christine ‘Lady Bird’ McPherson: “What if this is the best version?”

Kirsten Tan is a director/cinematographer with a distinct visual style of storytelling laced with astringent humor. She is lauded as one of Singapore’s most accomplished young filmmakers and her debut feature film Pop Aye won the Special Jury Award for Screenwriting at the 2017 Sundance Film Festival. She delivers both sides of the spectrum—comedy and drama—flawlessly.

Wu Song Slays the Seductress is a contemporary reinterpretation of a chamber piece from one of China’s great classical texts, The Water Margin. The film portrays the seductive and murderous dance of Wu Song, the tiger-slaying hero, and Pan Jin Lian, Chinese literature’s most enduring, and notorious, femme fatale.

There is something terrifically addictive about love, especially when portrayed well in film, and it is undoubtedly complimented by a strong musical track in Kirsten Tan’s film, proving that all good films should take care that their musical selection supports and communicates the story. Wu Song Slays the Seductress is a breath of fresh air in contemporary Singapore cinema. The comedy works, the character’s exaggerated dance movements and their high-pitched voices eliciting sudden peals of laughter from audiences.

Megan is no stranger to the Singapore art scene; she’s one of the city’s renowned artists, animators, and film editors. Her first directed film, Woman at Home, is the creative child of her own experiences, including her divorce.

In the film Megan unveils a story that questions how we experience life and our own surroundings when it comes to marriage and family. The film perfectly encapsulates the harrowing nexus of love, identity, and intimacy and starts a discussion about the roles women choose and how they often feel un-represented or under-represented by their roles.

A homemaker devotes her life to taking care of her husband and children. A day in a homemaker’s life is the same every other day; she does her chores surrounded by pots and pans, spurred on by her love for her husband. Until she no longer does.

Woman at Home is emotionally honest and transparent in its portrayal of a woman as a wife and mother. It opens a door into Megan’s own journey, disentangling memories and finding points of connection to adjacent stories that retain and validate each woman’s story.

Gladys Ng – The Pursuit of a Happy Human Life

“I am always curious about how and why people choose to do what they do,” says Gladys Ng, one of today’s rising female directors and writers in Singapore. Her projects are brewing, and her name is spiralling through the industry. Her work underlines that impactful tool of the filmmaker’s art: the character’s ability to communicate specific and significant moments that every viewer has been through.

The Pursuit of a Happy Human Life is an emotive, candid, and evolving film (and one of my recent favorites). It portrays best friends trying to come to terms with separation. They spend their last day together and attempt to go through with their usual banter, despite awkward moments. Tensions rise when one is unable to deal with her emotions about the other leaving.

Her film is not simply a creation to watch, but one to experience and live: an exploration and discovery of modern relationships. The narrative of her film creates a semblance of the norm we all experience, a long and repetitive pattern of filling each other’s gaps. Gladys developed her ideas during a film residency under Objectifs, becoming fascinated with the interconnection of people, time, and place.

Much as her work tells us about our own existential tendencies, it is also about transcendence, and coming out the other end of the journey with the exhilaration of happiness and peace.

This roster of compelling women directors all exhibited their works for the third edition of Women in Film, an annual programme hosted by Objectifs, found along the Singapore art district celebrating extraordinary and groundbreaking works by women. The festival, and festivals like it, have the power not just to change us, but also encourages us to play our role as its audience by sharing, watching, and talking about women raising new voices in cinema.

Finally, if you’d like some female-fronted movies right now, then you should totally go visit The Projector and have a look on their International Women’s Month, which runs until the end of March.