What I love about Hyori’s B&B, the hottest reality show in Korea now 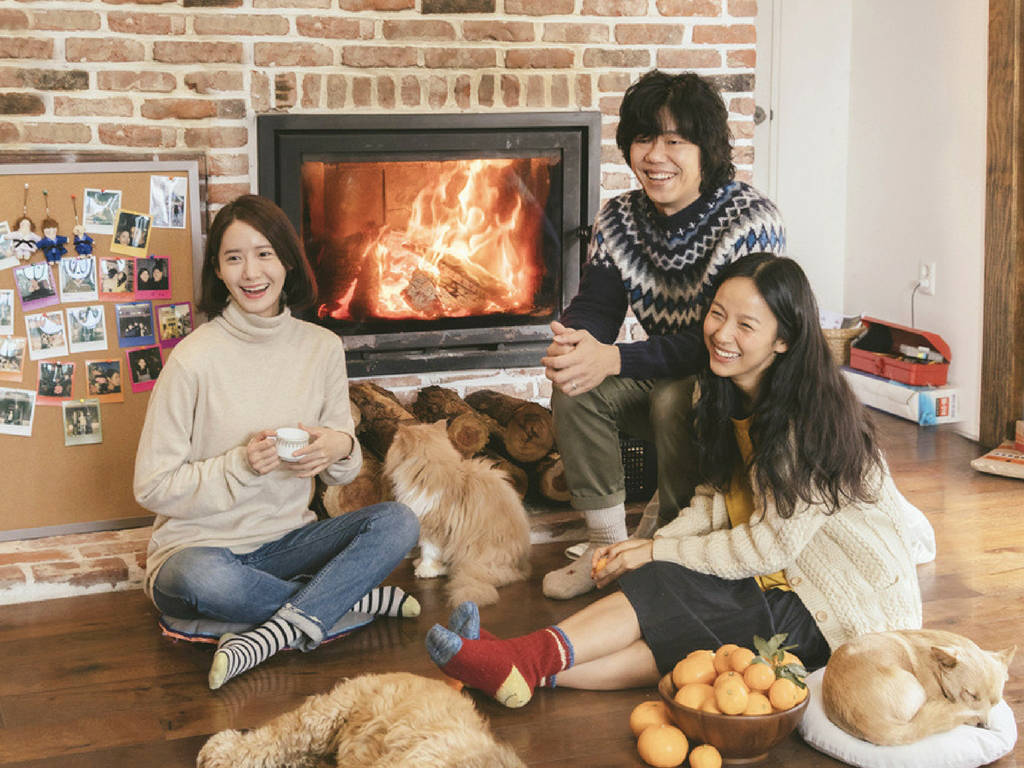 In our busy lives and in this crazy, unpredictable world, I’d say that more than just a few of us are worn out souls in desperate need of an escape. Unfortunately, a relaxing holiday is out of the question for most, and instead we spend a few hours unwinding in front of the TV.

Cue Hyori’s Bed and Breakfast, where it feels like time has stopped in the nature where the wind blows, the birds chirp, and dogs play around.

Hyori’s Bed and Breakfast is the reality show by South Korean cable channel JTBC, and has crushed all expectations to top the viewership ratings, and become the channel’s most watched variety show ever.

With more than half the country’s variety shows lacking females in hosting roles, this show with a female host at its head is a huge step forward for female representation in the industry. For context, among some 70 variety shows broadcast over five major TV stations in South Korea in 2016, 13 shows featured all-male hosts and all-male guests, and only 23 featured female guests (but were hosted by all-male emcees).

Importantly, it does so without the petty fight or the scheming dramas too common in global cult-status female-centric shows (The Real Housewives, The Bachelor, or Keeping Up with the Kardashians, anyone?). Similar to shows such as Terrace House, Hyori’s Bed and Breakfast is a reality TV show that transforms the couple’s private home into a cozy bed and breakfast, and allows fans and viewers to become privy to the everyday lives of one of the power couples in the country. You may be thinking: ‘How could a show with no dramatic plot be so successful?’

Hyori (the owner of the B&B and star of the show) is Korea’s national sweetheart. A singer, record producer, activist and actress, Lee Hyori is a household name and one of the country’s most popular entertainers. She was once the highest paid female singer in Korea, and the longest-serving endorser for the conglomerate Lotte Liquor. She starred in a commercial with Jessica Alba, and interviewed the primatologist Jane Goodall. Her husband, Lee Sangsoon is the guitarist of Korean modern rock band Rollercoaster.

I began watching the show as several friends of mine recommended it, and I was immediately captured by the Zen atmosphere of it. Surrounded by the couple’s property on Jeju Island, it is full of picturesque summer scenery, idle moments with sleepy pets, and heart-warming moments between the couple and their guests.

Now, I am enamored with Hyori, this K-pop star from a generation before my time.

She is an energetic and free soul who sticks to her guns. A contrast to her strong and sexy stage image, Hyori is shown to be caring in her daily life as she constantly worries about whether her guests have enough food to eat and whether they are comfortable. She is so welcoming and friendly that many guests say she feels like a long-time friend or neighborhood sister. Throughout the show, she builds several close relationships with guests, and is incredibly candid with them.

One of her guests, Jung Dami, a young fashion model, reveals that unsuccessful operations meant to cure her migraines left her without hearing in both ears. Hyori always keeps this in mind and even consoles Dami that though she can’t hear, she can feel more of life with her heart.

Her honesty extends to discussions of her personal life. When ‘staff member’ Jieun of the B&B (who is actually the popular singer IU) asks if her and Sangsoon are thinking of having kids, she responds that she and Sangsoon don’t do the ‘process’ that is required for kids.

If Hyori is fire, her husband Sangsoon is water. A quiet and steady man, he complies with the whims of his wife and also reliably attends to the needs of the B&B. As playful as they are, the love that the two share is beautifully whole and the sweet conversations they have burns into the hearts of viewers. Early in the show, Hyori declares that she could never get bored of Sangsoon and that she married him to talk to him for the rest of her life.

Jieun is another member of the show that we see Hyori really open up to. Together, they share their concerns and insecurities as singers, their struggles with isolation and mental health issues in the entertainment industry, and they encourage each other’s self-esteem and worth. Their strong bond and friendship are displayed when Hyori and Jieun write a song about each other together.

The producers and staff behind this show must be commended for showcasing such a diverse and strong cast. We see childhood friends, a deaf fashion model, policewomen, twins who have an autistic brother, a trio of bright siblings who have coped with much loss, and many more. Within their rather conservative society, the producers boldly present tricky issues such as disability, same-sex relationships, respectful relationships, sex lives, mental health issues, and coping with grief. Moreover, I applaud their decision to cast the beautiful, strong female, and excellent role model, that is Lee Hyori.

Whilst I do not recommend disconnecting from reality to live in an alternate one, Hyori’s Bed and Breakfast is wholesome, nourishes the soul, and calms the mind. For the first time, I truly understand the meaning of living vicariously.

Season 1, with IU, can be found on Netflix, and season 2, with SNSD singer Yoona and guest starring actor Park Bo Gum, is currently airing.