Do Asian Women See Themselves In Fashion Magazines? 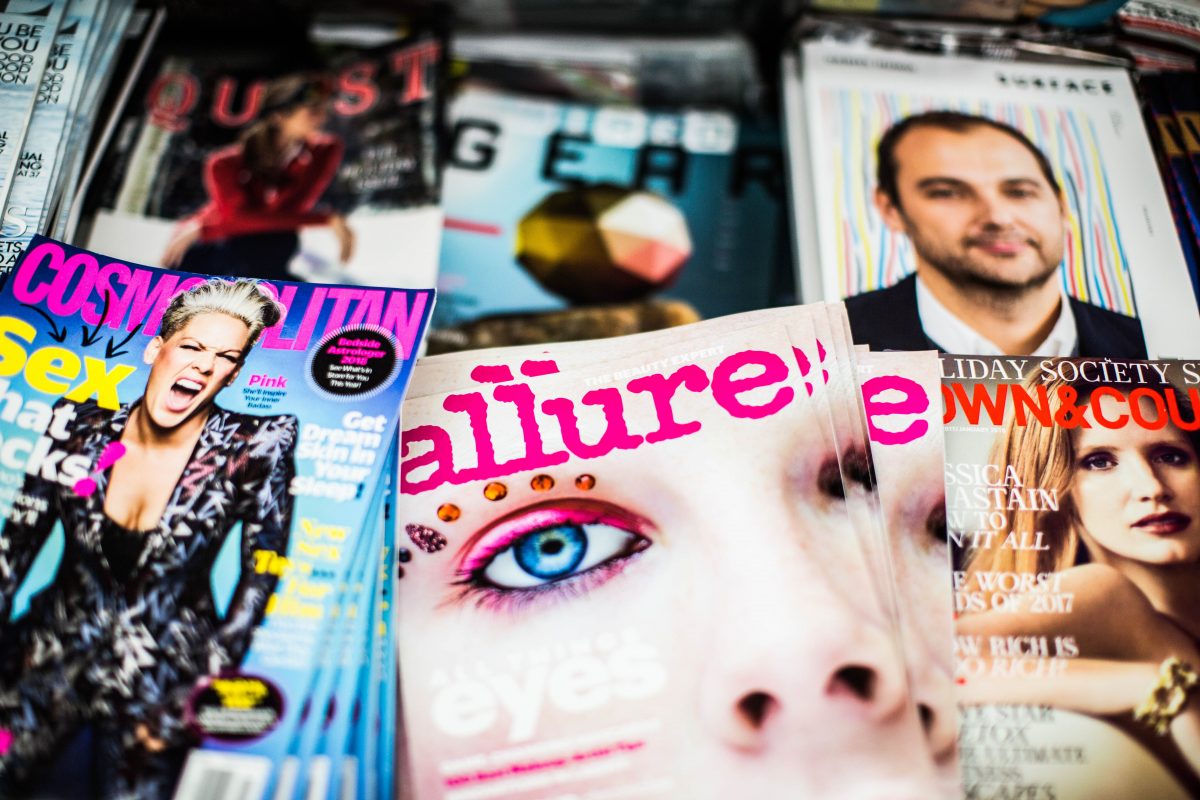 Years ago, the embarrassing trademark of my middle school years (well, braces) had just been removed and I gushed along with my friends through magazines like Seventeen hoping to find some clothing and makeup inspiration as we transitioned to becoming high school students.

As I looked through the magazines, instead of feeling excited with my friends besides me, I felt like the oddball out and became bored. From the cover to the beauty guide, I couldn’t see myself in the magazine. My hair color didn’t go along with the dress the blond model wore, I couldn’t find a beauty shot where I could imagine myself with my Asian facial features, and there was no model that looked even remotely like me.

I didn’t say a word about it. I thought, “It sucks, but it’s not that big a deal. Better than becoming the ‘Negative Nancy’ of my friend group, right? I just want to see YouTubers like Bubzbeauty or Michelle Phan now.”

“Darn, I should have said something,” I thought today. I can only count on my fingers how many times I’ve seen an Asian American woman on the front cover.

Have times really changed since I was a teenager? And what is the underlying message about the representation of Asian women like me?

A recent study done on Magazines and Body Image by Zava has shown that fewer than 1% of lifestyle magazine covers feature Asian Models, and that women of color made up only 22% of magazine covers. This study covered over 3,700 magazine covers released in the US and UK in 2017. Fashionista reported that diversity on magazine covers actually decreased in 2017.

How does this play out in real life? Simply: as of last year I could only recall two instances when I saw an Asian woman on the cover.

The first instance was for Vogue Magazine’s March issue in 2017 featuring Liu Wen. The magazine cover already faced backlash for “not being inclusive enough,” be it when it comes to colourism or body size. When I looked at the cover, I had anticipated that a woman like Liu Wen would make the cover, as she was an already established model who had strutted in the Victoria’s Secret Fashion show and had a large following in China. But wasn’t it time to see other fellow Asians or Asian Americans who were not already on the top? Especially if Vogue wanted to make a point about diversity.

In 2018, it is too early to tell what this year’s trends are going to be. It’s only March, after all. I hoped things would change, but it feels like they haven’t. To be honest, I don’t read magazines anymore, because I’m tired of waiting to see Asian women on the front cover of an American beauty/fashion/lifestyle magazines. Beyond my own experience, statistics like those above, send me a more subtle, yet crystal clear message: women of Asian descent aren’t celebrated as American beauties yet.

For all the women in our culture, there’s the on-going issue of body image, screaming “thin is beautiful”in to our inner ear. No wonder that even merely scrolling through an entire magazine for 60 minutes can “lower the self-esteem of more than 80% of women.” Imagine the double effect on the self-esteem of women of color, and Asian women like me, where it seems that every page we look at constantly asserts that we are ugly.

One solution is to consciously dissociate from the images that cause ourselves to feel inferior. Avoiding magazines altogether is not an ultimate solution, however. Not everyone grew up with social media, and there are some of us still dealing with the effects established magazines had on us in our past (and present).

I still remember feeling nervous whenever I brought up the topic of not seeing Asians represented to my new group of friends, even though they had shown me that they were ok with talking about these things. Now I can write about it, hoping to start the bigger conversation.

For those who still are fond of magazines, the feelings fashion magazines invoke in you, which is excitement whenever you see a new trend pop up, there are other empowering options. For instance, there are feminist digital magazines with sleek design, and one glimpse of Teen Vogue tells you they are really trying to boost diversity in fashion. Online magazines like April Magazine and Mochi Magazine keep up to date with trends, while focusing on the empowerment of Asian women. If you look beyond the language barrier, there’s the Vietnamese Bright Magazine focusing on “happier living” for millennials like me.

We are beautiful. And there are media startups and beauty influencers that help us see it. If some big corporate media (or many of them) don’t see the beauty in us yet, now is the time to make them see it, too.