Ruby Ibarra’s “US” Empowers Pinays Around the World 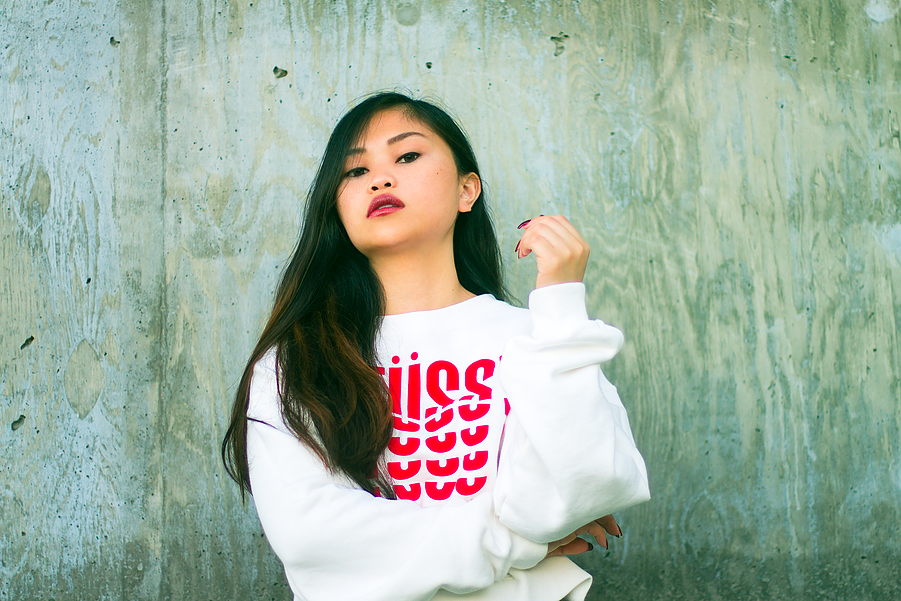 During the recent Grammy Awards season I saw the music video, “You Can’t Judge A Book,” which is one of Mastercard’s new campaign ads. It features emerging artists who have broken industry barriers and challenged stereotypes of race, gender, and disability. Knowing how invisible Asian Americans are in American entertainment, I was especially transfixed by Filipino-American artist Ruby Ibarra adding her own lyrical spin to the film, rapping, “break the labels down, make them hear my sound.”

Although Filipinos are the second-largest Asian ethnic group in the U.S. and the fourth largest immigrant group overall, they are often excluded from public conversations around Asian Americans. Their own efforts are partly responsible for this absence. Many first generation immigrants hoped to escape their undesirable pasts and tried to erase their cultural identities in order to assimilate into America. Moving to an unfamiliar place with few or no community resources, earlier waves of immigrants relied on integration into American society for their survival. Because of this many second generation Filipino-Americans never needed to learn Tagalog, after all, their parents were comfortable speaking English, a relic of five decades of American colonialism.

In contrast, it was refreshing to see Ruby Ibarra, who immigrated to the U.S. with her family, embrace her multifaceted cultural identities in her music and explore social issues based on her own experiences with racism, colorism, and colonial mentality while growing up in the San Francisco Bay Area. She employs a mix of Tagalog, English, and the Waray dialect to convey her ideas through her songs.

In time for this year’s International Women’s Day, she made her directorial debut with the music video called, “US,” a fan-favorite track from her latest album, Circa91. “US” is a collaboration with other pinay artists, who inspired and informed her work, including rappers Working Klass Klassy and Rocky Rivera, and spoken word poet Faith Santilla. With the help of dozens of Filipinas who answered the open call to attend the video shoot, they challenged stereotypes about meek and submissive Asian women by delivering smart and witty lyrics with an “in-your-face” attitude.

For instance, Ibarra has this message for her critics in the first verse, referencing the Trump Administration’s Secretary of Education, who has publicly demonstrated her lack of knowledge:

“But we puttin’ our heart into darkness
They puttin’ these pigs into office
Oh you thinkin’ you schoolin’?
But you hella lost ‘cuz you Betsy Devos while I taught this”

In a recent documentary, Ibarra revealed that she was told to “stay in the kitchen” and that she “shouldn’t be on the microphone.” That is why it was inspiring to see her success as a living proof of her ability to forge ahead in a male-dominated industry.

Even though the colonization and commodification of our bodies has led to stereotypes that paint pinay women as prostitutes and mail-order brides, in the spoken-word section of “US,” Faith Santilla insists that we have always been “part, and parcel, if not imperative and critical to the struggle” against oppression. One of these women is schoolteacher and guerilla leader Nieves Fernandez, referenced in the third verse by Working Klass Klassy. Armed with improvised weapons, such as bolo knives and shotguns made from pipes, she and her group of Filipino resistance fighters killed 200 Japanese soldiers during World War II, earning a 10,000-peso bounty on her head.

But the battles Filipinas fought were not always physical. In the first verse, Ibarra declares: “Bulok na sistema, korakot sa pera, bagsak! (Down with the rotten system, corrupted by money)”

The phrase “isang bagsak,” meaning “one fall,” is referenced at the end of each chorus in “US,” borrowed from the United Farm Workers Movement, during which Filipino and Latino workers allied to demand better working conditions and wages from exploitative growers. For Rivera, this symbolizes that “…we all start together, we all end together.”

Ibarra’s music left a lasting impression on me and many other pinays who have grappled with similar issues that Asian American women face living in the U.S. It has become a rare outlet to tell long overdue stories by and for the community. That is why Pinay women responded to “US” with everything from humor and pride to introspection and tears, and see the value of including the video in important discussions about community leadership.

A love letter to all pinay women, “US” encourages us to be proud of our diversity, honors our strength, and celebrates our ongoing legacy of organized resistance. With its message, it can also be a source of strength to all women who need some inspiration to love themselves.