Often our lives are not our own to lead. Fortune dictates where we are born, when, and to whom. Mistakes and mishaps, large and small, buffet us as we make our way. Sometimes we make history, but always, it also makes us.

A few days ago the Korean cinema icon Choi Eun-hee (최은희) was buried, her memory consigned to history.

Her life story is a microcosm of the tragedies that played out upon the grander scales of Korea and Asia over the 20th century, and an inspiring story of strength and resilience to women the world over.

The town of Gwangju in Gyeonggi province is today a south-eastern suburb of Seoul.

Nearly three hundred years ago it was home to Bunwon, the royal kilns that produced the fabled delicate Joseon white porcelain (baekja).

By a hundred years ago it was just another small Korean town groaning under the weight of Japanese imperial occupation.

That is where Choi Eun-hee was born in the autumn of 1926. Her childhood dream was to be an ordinary housewife who waited for her husband and children to come home in the evenings.

That was not to be.

Fortunately, though as beautiful, she was made of stronger stuff than porcelain.

In 1943 Choi joined the Arang stage troupe to avoid the dreaded Japanese army who drafted girls and women of Choi’s age to use as “comfort women”—a euphemism for sex slaves.

In 1945 the Japanese were defeated and their empire collapsed, but in its wake Korea was divided into two client states—the North answered to Stalin’s Moscow and the South reported to Washington.

Still, Choi’s star shone and even as she moved from the stage to the silver screen, she also married her first husband, cinematographer Kim Hak-seong, just in time for the Korean War to break out. As conditions worsened, her husband began to beat her, while she had to forage for food around Seoul.

Every army depends on the morale of its troops, and the North Korean army was no exception. Choi was captured and forced to serve in an entertainment troupe for the communist forces.

This was her first North Korean abduction (yes, there’s more).

She escaped the Northern forces and made her way back south, only to be raped at the border by a South Korean officer, who threatened to kill her because she had worked for the enemy.

Well, she survived, and made it back to the false security of home, where relations with her husband grew even worse. Seriously, she had more than her share even in the middle of a war.

They became the director and the star of the South Korean cinema from the 1950s to the 1970s. Choi and Shin were the celebrity couple of South Korea, founding the Shin Film agency together and eventually getting married. Choi also became the third female film director in South Korean history with Minmyuneuri (1965).

It was a golden time for Choi and her second husband, but even that was tinged with grief. She could not conceive and they eventually adopted two children.

Like every golden age, this one ended. The film agency began to lose money, the censorship of the South Korean Park military regime (aka. dictatorship) grew harsher, and Choi began to hear rumours about a younger actress, Oh Su-mi, and a couple of children fathered by Shin.

Choi filed for divorce in 1974 and in any normal story that would have been that.

However, in a twist worthy of a Victorian melodrama, the future Dear Leader of North Korea suddenly enters the picture. Kim Jong-il, the second communist king of North Korea (ruled from 1994 until his death in 2011) had something of a soft spot (understatement) for cinema.

The future despot joined the North Korean Propaganda and Agitation Department (Agitprop, anyone?) in 1966, and swiftly became the director of the country’s cinema production. National pride and the glory of Kim’s father, Kim Il-sung, were his main themes.

By the 1970s, the dictator-to-be was frustrated with the stiff and lifeless movies coming out of his unenthusiastic actors and crew, who knew the state would feed them even if they performed only minimally.

Kim Jong-il hatched a solution: bring in some South Korean movie talent. Industry people who would sweat blood to get results.

Meanwhile, the bankruptcy of the Shin Film company after South Korea’s repressive government revoked its film license threatened Choi’s livelihood and the 700 students of her Anyang performing school.

In 1977 a man approached the famed actress Choi Eun-hee. He said he represented a Hong Kong film studio. He had sent her a script and wanted her to direct it.

She decided to take the chance, and went to Hong Kong.

There, in Repulse Bay, she was grabbed by a couple of men, dragged to a speedboat and sedated. When she awoke, she was on a freighter bound for North Korea.

Her ex-husband Shin became concerned about her absence and began to investigate what happened. Six months later, while he was in Hong Kong, he was kidnapped, too.

Kim Jong-il had acquired the cinema slaves he would use refashion North Korean movies for the new decade (the 1980s, era of padded shoulders and synthesizers).

Yes, Choi had been abducted to become a slave actress. In 1978.

North Korea denied any accusation of kidnapping, of course, and for the next five years Choi had to critique films from Kim’s massive collection daily. It was part of the heir’s master plan to create a new North Korean Communist cinema.

In 1983, five years after they were both kidnapped, Kim Jong-il hosted a party to reunite them. On his suggestion they also remarried in the same year.

This story is twisted, seriously.

Over the next three years Choi and Shin created seven films under the executive direction of Kim Jong-il. From An Emissary of No Return (1984) based on a play by Kim Jong-il’s father, Kim Il-sung, and shot partly in Czechoslovakia, to Pulgasari (1985), a film heavily influenced by the Godzilla franchise, the schedule was grueling.

The re-married couple planned their escape for years, and realized they would have to defend themselves if they ever did get out. For proof, they decided to secretly record their conversations with Kim Jong-il, and recorded him openly speaking about how he had kidnapped them to upgrade the communist monarchy’s film industry.

Finally, in early 1986 their chance came. On a trip to Vienna, Austria, to promote their films, they made it to the US embassy and sought political asylum.

And that’s it, right?

Not quite. In South Korea they were accused of cooperating with North Korea, a criminal offence. It was 1999 before Choi and Shin could finally return to Seoul for good.

They stayed together, but in 2004 Shin died of the hepatitis virus he had caught while in prison in the North.

Choi eventually received multiple Lifetime Achievement awards, but in the end, her own words provide the perfect coda to her life. Her autobiographical book, “Confessions” was published in 2006, and in 2007 Chun Su-jin presented a succinct English-language summary:

“Everything I’ve been through has been fate. I couldn’t have avoided or changed it. For much of my life I’ve felt as if I’ve been struggling through a blizzard.”

The blizzard is over now for Choi, but the inspiration of her struggle remains. 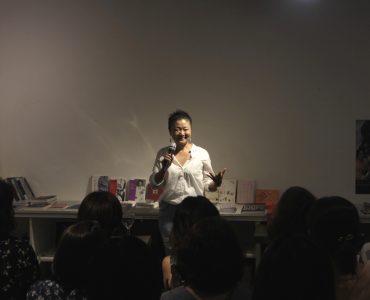